The Colombian volcano monitoring institute INGEOMINAS has raised the alarm level for Galeras volcano, after a number of  a characteristic seismic signal often preceding eruptions at Galeras. One phenomenon, which seems to be a reliable precursor to eruptive activity, is a low-frequency seismic event known as a tornillo event. These have occurred before about four-fifths of the explosions at Galeras, and the number of tornillo events recorded before an eruption is also correlated with the size of the ensuing eruption.

A 1993 eruption killed nine people, including six scientists who had descended into the volcano’s crater to sample gases. Activity at a low level has continued at Galeras, with small explosions occasionally dusting nearby villages and towns with ash. The volcano has continued to be well studied, and predictions of eruptions at the volcano have improved. 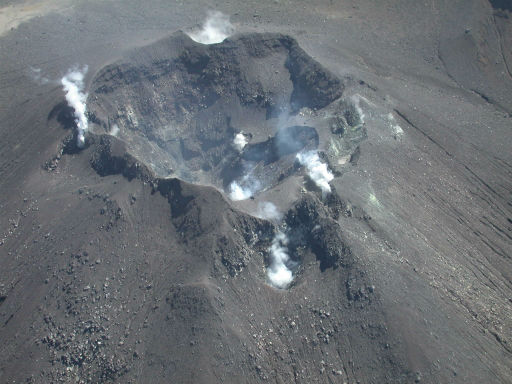 More than 100 minor tremors were felt during a major eruption in April 2002, although no damage or injury was reported. An eruption in November 2005 forced an evacuation of the dangerous area surrounding the volcano, and about 9,400 people from nearby villages (most of them farmers) were ordered to leave. The city of Pasto, about 9 kilometres (5.6 mi) from the volcano, was blanketed by a layer of ash after the volcanic explosion, forcing the residents to don goggles and face masks.

The volcano erupted on January 3, 2010, forcing the evacuation of 8,000 people.This is the 10th such eruption of the volcano in the past year, and the first of 2010. Colombian authorities also stated that it could remain volatile in the weeks to come. Galeras erupted again on August 25, 2010 with an ash plume visible in the air. The eruption, which was described as non-explosive, caused authorities to raise an alert for neighboring towns. (Wikipedia) 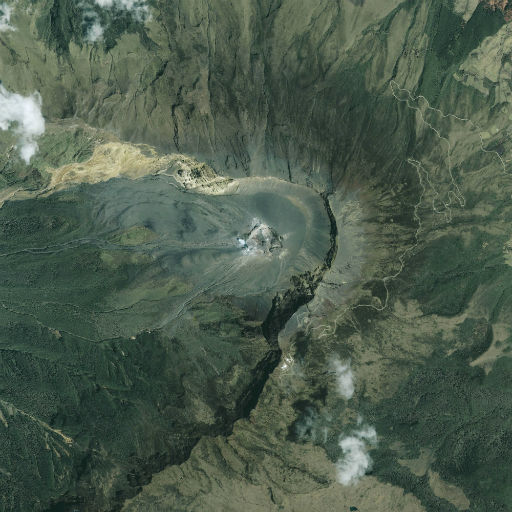 The Galeras volcano is located in the Department of Nariño, about 9 km west of the City of San Juan de Pasto, capital of this department, in the coordinates 1 ° 13 ‘43.8 “north latitude and 77 ° 21’ 33.0 “W and a height of 4276 meters. According to the Catalog of Active Volcanoes of the World (CAVW) of the International Association Vulcanolgía and Chemistry of the Earth’s Interior (IAVCEI), its code is 1501-08. The Galeras volcano is the most recent eruptive center of what is known currently as active Galeras Volcanic Complex (GVC), which has a conical shape with the destroyed western slope. 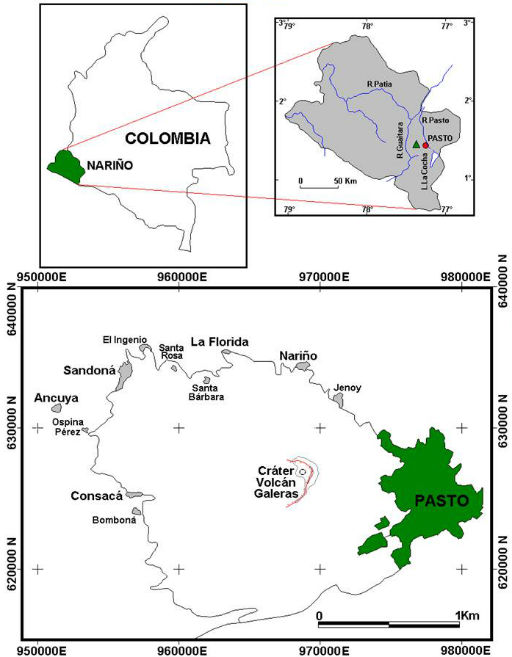 Quillacingas Indians gave the name “Urcunina” (Fire Mountain) to the volcano of Pasto, now called “volcano Galeras”, named by the Spanish conquerors, from their resemblance to the galleys or ships with sails sailing in then the Mediterranean. (INGEOMINAS) 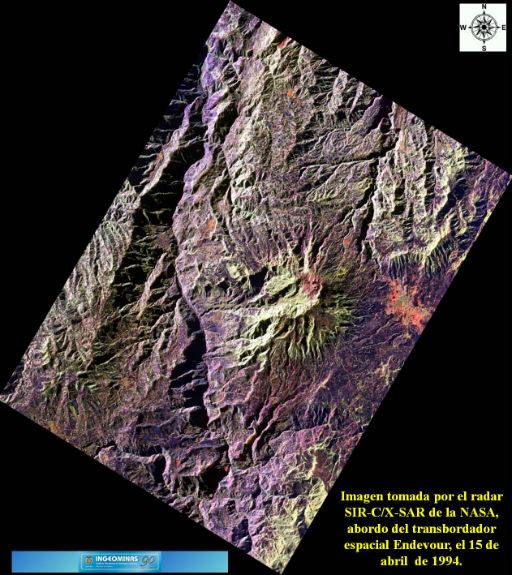