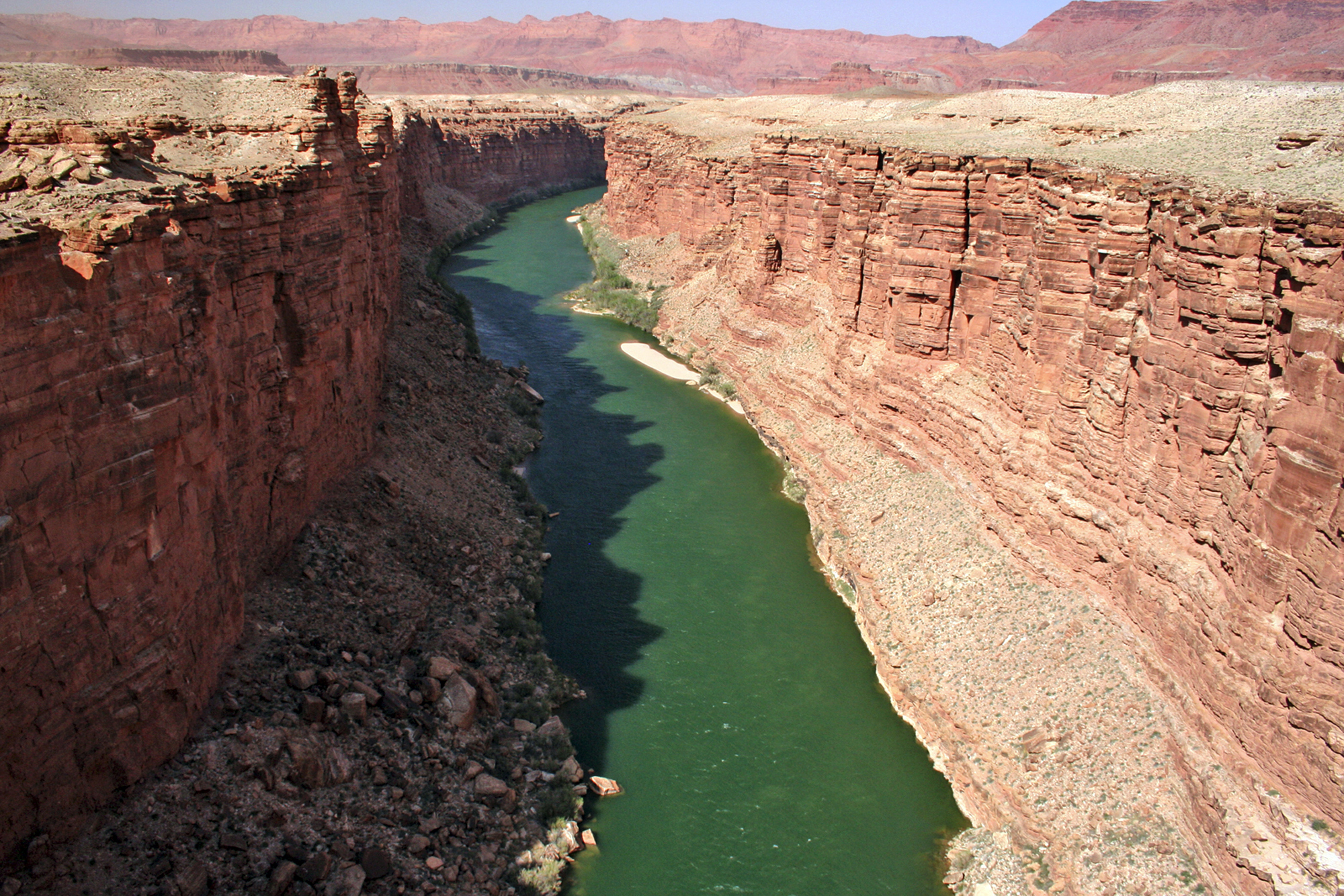 Havasu Falls is one of the Grand Canyon’s most famous and beautiful scenes, with clear water cascading 35 metres into intensely blue pools framed by trees and towering rocky walls. The falls are fed by springs a few kilometres away. Downstream lies the village of Supai, where the Havasupai people dwell at the canyon’s bottom as they have for centuries. Like most inhabitants of the Grand Canyon, they depend on springs for their water. Apart from the Colorado river and seasonal floods, all of the Grand Canyon’s surface water comes from springs. These are fed by aquifers extending throughout Grand Canyon National Park and far beyond.

Unfortunately, the land atop these aquifers contains some of the world’s richest uranium deposits. Much of this is publicly owned land outside the park boundary which is subject to a 139-year-old law that allows nearly unlimited mining.

The mining industry has been eyeing this uranium for decades. Contained in rock columns called breccia pipes, the ore deposits are compact and high-quality. Since uranium prices began to rise in 2005, driven by expected future demand for nuclear power, the number of mining claims staked on public lands adjacent to the park has mushroomed. They now cover about half the public land that makes up Grand Canyon’s northern watershed. Dozens of exploration projects have been proposed and plans are afoot to reopen old mines.


A legacy of American westward expansion, the General Mining Act of 1872 gives all US citizens the right to stake claims on public land and to mine those that contain economically viable ore. Federal agencies have interpreted the law to mean that they cannot deny mining proposals on public lands; in most cases mining trumps other land uses. 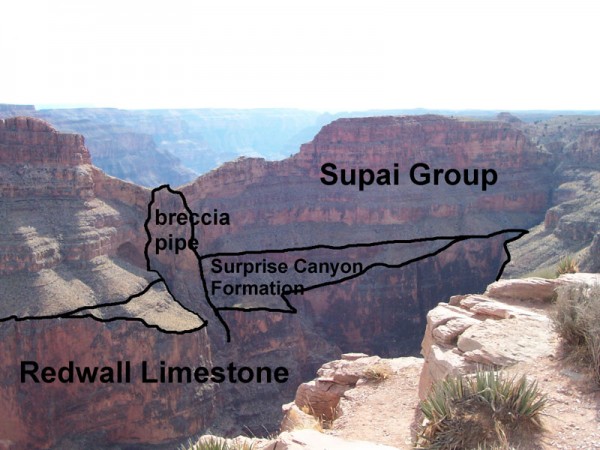 Scientists have warned that breccia-pipe uranium mining could irrevocably damage the aquifers feeding Grand Canyon’s springs. When exposed by mining, uranium dissolves readily in groundwater. Many of the aquifers are in strata that would be penetrated by mines. Deeper aquifers are also at risk if water drains through mined deposits. Uranium mining can also release other toxins, including arsenic.

Grand Canyon is one of the most biologically diverse national parks in the US. It harbours more than 1000 species of plant, 76 species of mammal, 299 birds, 41 reptiles and amphibians and 16 fish. Seventeen species are listed as threatened or endangered and many others are considered sensitive or are found nowhere else. Springs are critical to much of the park’s biodiversity. 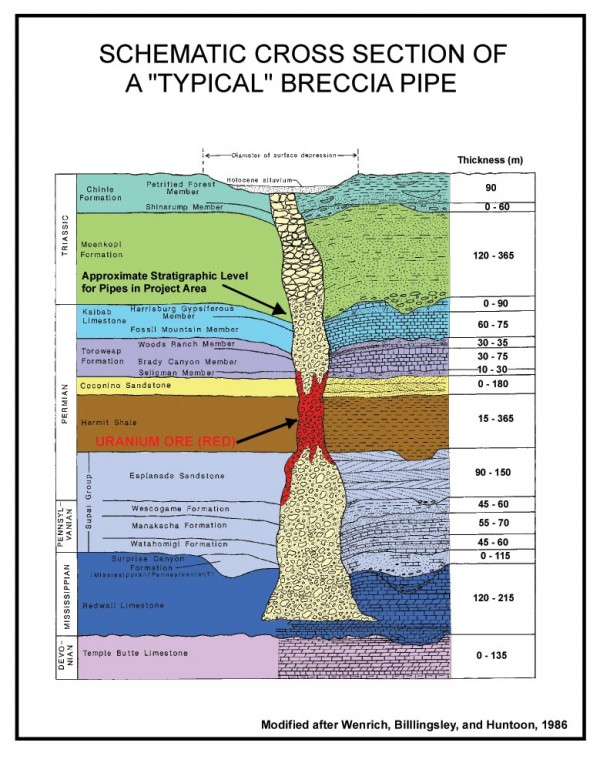 In a testimony before Congress in 2009, David Kreamer, a professor of geology at the University of Nevada, Las Vegas, who has long studied the Grand Canyon’s hydrogeology, summarised the threat as follows: “Scientific evidence suggests that the exploitation of uranium resources near the Grand Canyon will be intimately connected with the groundwater aquifers and springs in the region. The hydrologic impacts have a great potential to be negative to people and biotic systems. I believe that an assumption that uranium mining will have minimal impact on springs, people and ecosystems in the Grand Canyon is unreasonable, and is not supported by past investigations, research and data.“

History also supports that conclusion. The Orphan uranium mine on Grand Canyon’s south rim, abandoned in 1969, still leaches polluted water into Horn Creek. It contains dissolved uranium at levels 10 times as high as those considered acceptable in US drinking water, and nobody knows how to clean it up. The National Park Service warns visitors against drinking or swimming in that water. In 2010, the US Geological Survey found elevated uranium in soil at every old mining site it visited in Grand Canyon’s watershed. Everywhere uranium mining has occurred, so too has uranium pollution. 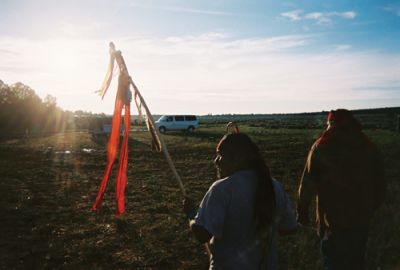 No one can guarantee that mining will not contaminate or deplete the aquifers feeding Grand Canyon’s springs. Such damage would be impossible to clean up. It would be devastating for the Havasupai people and the canyon’s biodiversity. Those and other potential impacts have provoked broad public concern including protests, litigation and legislative proposals to block new mining.

Heeding those concerns, in 2009 the Obama administration proposed a 20-year “mineral withdrawal” across 4000 square kilometres of public land in Grand Canyon’s watershed. If enacted, it would block new claims and prevent mining on the vast majority of existing claims.

The draft environmental impact statement for that proposal was released in February. Overseen by the Bureau of Land Management, it is deeply flawed. It fails to model a worst-case pollution scenario (the same mistake was made with BP’s Deepwater Horizon oil rig). It downplays mining’s impacts, exaggerates its economic benefits, and forecasts only the rosiest market conditions for the uranium mining industry – a dubious assumption given past market crashes and the possible consequences of Japan’s nuclear crisis.

Public consultation on the proposal finishes on 4 May. Even if the full withdrawal is enacted, a dozen or so older claims where exploratory drilling has already been done may wriggle through a loophole, allowing uranium mining to go ahead regardless.

Withdrawal would be a start, but it’s just one among several reforms that are urgently needed. Congress must reform the 1872 law to give public land agencies authority to deny mining proposals if they threaten serious harm. Ultimately we need a global shift to softer energy paths – those with greater reliance on efficiency and renewables – to eliminate our collective need for pollution-intensive uranium mining. (NewScientist) 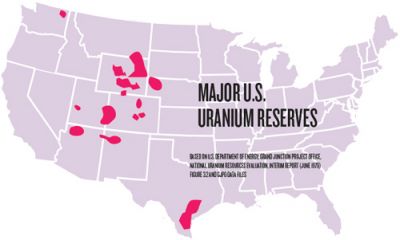