Scientists at the Lawrence Berkeley National Laboratory conducted X-ray experiments to resolve the origin of rare, odd meteorites that have puzzled many researchers since they were discovered about 50 years ago. Also known as Type IIE iron meteorites, these objects appear to have originated from a parent body that had a composition featuring fully melted and unmelted parts.

Using Berkeley Lab's Advanced Light Source (ALS), a synchrotron user facility that produces light from infrared to X-rays, the researchers generated 3D reconstructions of the detailed patterns of magnetic orientation imprinted in samples from two rare Type IIE iron meteorites. Only nine of such objects have been retrieved on Earth.

The magnetization pockets showed that the meteorites likely originated in a large planetesimal– an object that took shape during the solar system's formative stage– that was both melted and unmelted.

The object possibly had a molten metallic core, solid crust, and magnetic field that may have matched with the Earth's in terms of strength.

ALS experiments used XPEEM, an X-ray microscopy technique, combined with another method called XMCD that generated greater contrast to produce more than 500 images of the 3D-constructed magnetization for each sample.

"We helped the research team to get this quantitative information about the direction and magnitude of the magnetization [in the samples]," said Andreas Scholl, a senior staff scientist, beamline scientist, and science deputy at the ALS.

The X-rays were tuned primarily to measure the magnetic iron present in the samples, Rajesh Chopdekar noted, an ALS project scientist and a beamline scientist.

Thousands of magnetic images were collected to produce statistical confidence in the magnitude and direction of the prehistoric magnetic field imprinted into the meteorites. 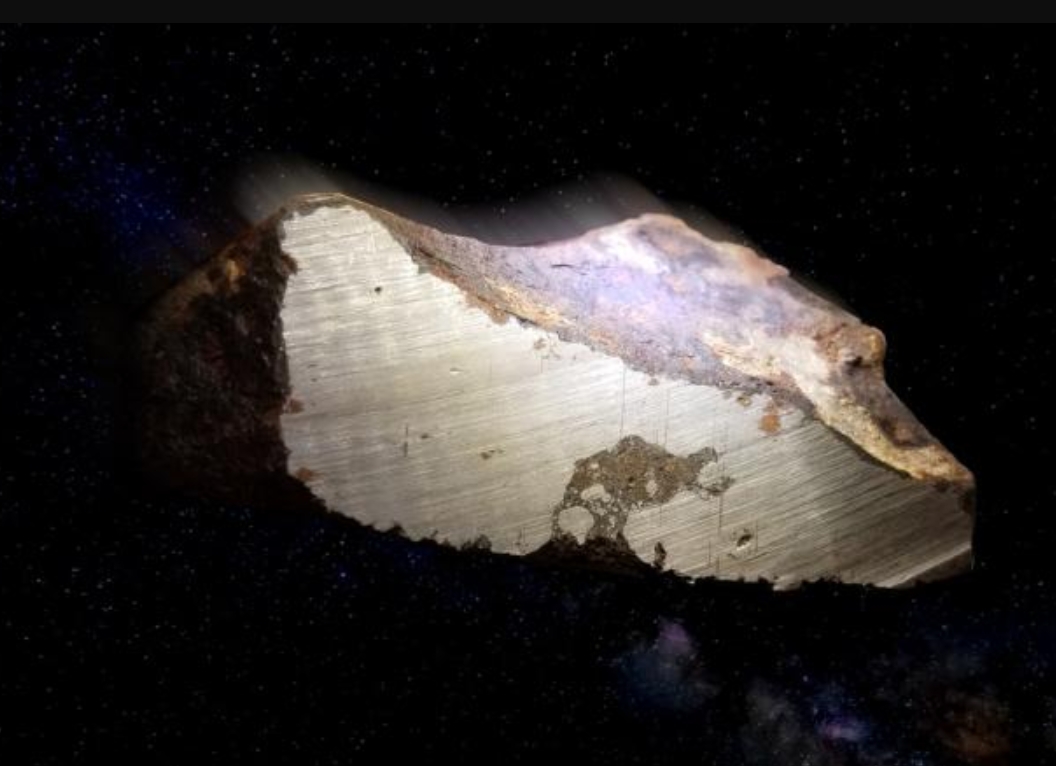 Modern meteorite classification schemes assume that no single planetary body could be a source of both unmelted (chondritic) and melted (achondritic) meteorites. This dichotomy is a natural outcome of formation models assuming that planetesimal accretion occurred nearly instantaneously. However, it has recently been proposed that the accretion of many planetesimals lasted over ≳1 million years (Ma). This could have resulted in partially differentiated internal structures, with individual bodies containing iron cores, achondritic silicate mantles, and chondritic crusts. This proposal can be tested by searching for a meteorite group containing evidence for these three layers. We combine synchrotron paleomagnetic analyses with thermal, impact, and collisional evolution models to show that the parent body of the enigmatic IIE iron meteorites was such a partially differentiated planetesimal. This implies that some chondrites and achondrites simultaneously coexisted on the same planetesimal, indicating that accretion was protracted and that apparently undifferentiated asteroid may contain melted interiors.