Scientists from the Massachusetts Institute of Technology (MIT) suggest that Snowball Earth– a hypothesis proposing that the planet's surface became entirely frozen at least twice 700 million years ago– might be linked to dramatic plunges in the amount of radiation from the Sun.

"In the paper, we show that glaciation can be triggered when solar radiation decreases faster than a critical rate (as opposed to crossing a climate threshold)," said lead author Constantin Arnscheidt, a graduate student in MIT’s Department of Earth, Atmospheric and Planetary Sciences (EAPS). "We call this a rate-induced glaciation."

Arnscheidt, along with his co-author Daniel Rothman, noted that once the planet has tipped into this snowball state, it will remain so for millions of years– that is until carbon dioxide levels become high enough again to trigger deglaciation on a large scale.

The researchers said whatever triggered the Snowball Earth events most likely involved processes that suddenly decreased the amount of solar radiation reaching the planet's surface, such as widespread volcanic explosions or biologically-induced cloud formation that could have blocked the Sun's rays significantly.

The processes that may have rapidly darkened the skies over tens of thousands of years is still a topic for debate, said the researchers. One probability is that widespread volcanic eruptions may have emitted aerosols into the atmosphere that blocked incoming sunlight on a worldwide scale. Another one is that primitive algae may have evolved mechanisms that enabled the formation of light-reflecting clouds.

As incoming sunlight is decreased, ice extends from the poles to the equator, and as more ice engulfs the Earth, it becomes more reflective, further cooling the surface for more ice to expand. Once the ice reaches a particular extent, it becomes a runaway process leading to global glaciation. 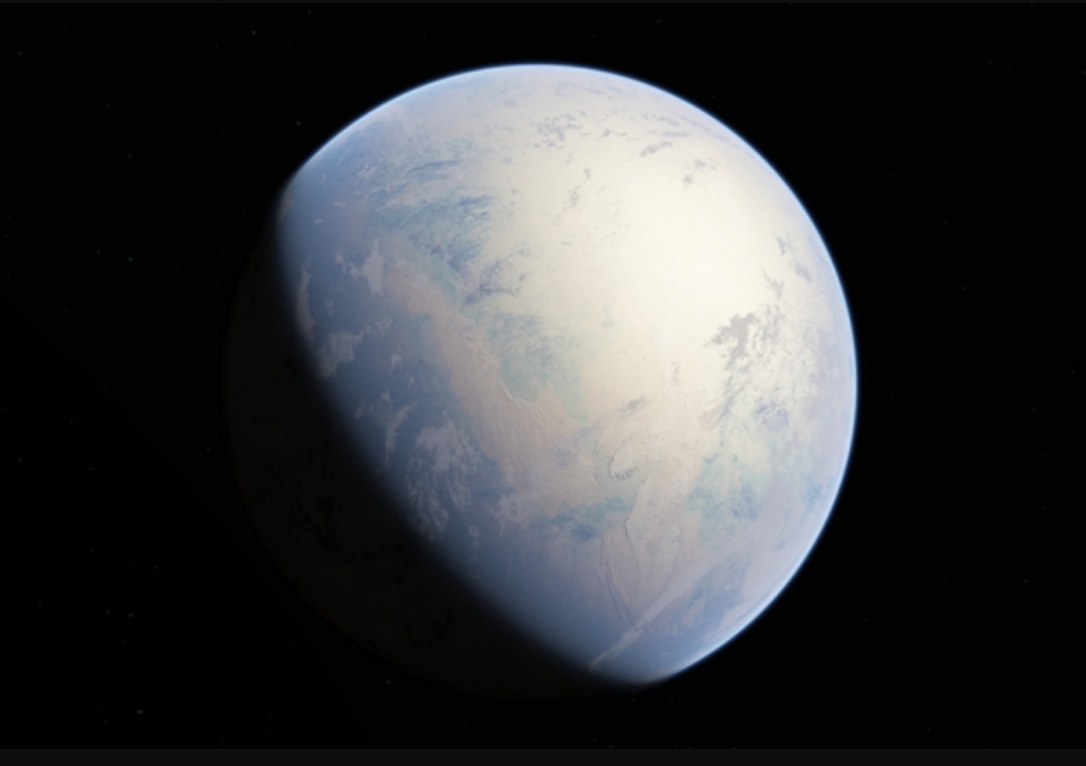 According to Arnscheidt, the Earth would have to experience about a 2 percent drop in incoming sunlight over a period of around 10 000 years to trigger a global ice age.

The study shows that Snowball Earth events in the past are more likely to have been triggered by changes in effective solar radiation, rather than by changes in the carbon cycle.

The researchers suggest that there appears to be a circumstantial link between the events of massive global glaciations that allowed the development of life on Earth.

Even planets in habitable zones may be more prone to snowball glaciation than previously assumed, said the researchers. Rate-induced glaciation shows that planets within the habitable zone can experience transient snowball occurrences if conditions change drastically.

It's not clear how life on Earth survived its own glaciations, but these new findings highlight the fact that there is much more degree to the concept of habitability than just the idea that all a planet requires for long term habitability is liquid water on the surface.

"Even though humanity will not trigger a snowball glaciation on our current climate trajectory, the existence of such a ‘rate-induced tipping point’ at the global scale may still remain a cause for concern," said Arnscheidt.

"For example, it teaches us that we should be wary of the speed at which we are modifying Earth’s climate, not just the magnitude of the change. There could be other such rate-induced tipping points that might be triggered by anthropogenic warming. Identifying these and constraining their critical rates is a worthwhile goal for further research."

Theory and observation suggest that Earth and Earth-like planets can undergo runaway low-latitude glaciation when changes in solar heating or in the carbon cycle exceed a critical threshold. Here, we use a simple dynamical-system representation of the ice-albedo feedback and the carbonate–silicate cycle to show that glaciation is also triggered when solar heating changes faster than a critical rate. Such ‘rate-induced glaciations’ remain accessible far from the outer edge of the habitable zone because the warm climate state retains long-term stability. In contrast, glaciations induced by changes in the carbon cycle require the warm climate state to become unstable, constraining the kinds of perturbations that could have caused global glaciation in Earth’s past. We show that glaciations can occur when Earth’s climate transitions between two warm stable states; this property of the Earth system could help explain why major events in the development of life have been accompanied by glaciations.