The impact of NASA's Double Asteroid Redirection Test (DART) mission– which aims to nudge the orbit of its target for planetary defense purposes– may produce the first meteor shower from human activities in space, according to research published in The Planetary Science Journal. Observing the shower could allow scientists to study the composition of near-Earth objects.

The DART mission is a planetary defense-driven test of technologies made to prevent an impact by a dangerous asteroid heading to the Earth. DART will be the first demonstration of the kinetic impactor technique to alter the motion of an asteroid in space.

The target for the DART demonstration will be the binary, near-Earth asteroid named 65803 Didymos– a loose description of the larger main body and the smaller orbiting moon, Dimorphos.

Didymos primary body is approximately 780 m (2 559 feet) in diameter and its secondary body (or 'moonlet') about 160 m (524 feet), which is more typical of the size of asteroids that could pose the most likely significant threat to Earth. The two are separated by 1.18 km (0.73 miles). The primary body rotates once every 2.26 hours while the tidally locked moonlet revolves about the primary once every 11.9 hours. 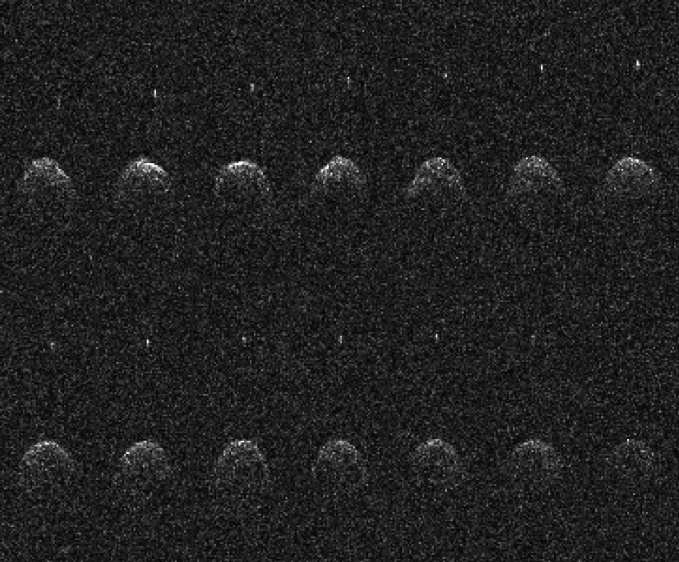 14 sequential Arecibo radar images of Didymos and its moonlet, taken on  November 23, 24 and 26, 2003. NASA’s planetary radar capabilities enable scientists to resolve shape, concavities, and possible large boulders on the surfaces of these small worlds. Photometric lightcurve data indicated that Didymos is a binary system, and radar imagery distinctly shows the secondary body.

According to NASA, the spacecraft will achieve the kinetic impact deflection by crashing itself into the moonlet at a speed of about 6.6 km/s (4.1 mps), with the help of an onboard camera called DRACO and sophisticated autonomous navigation software.

The DART spacecraft launch window will begin in late July 2021. After over a year of the cruise, it will intercept Didymos' moonlet in late September 2022, within 11 million km (6.8 million mi) from Earth.

Tom Statler, the mission's program scientist, said astronomers will be able to compare observations from Earth telescopes before and after DART's impact, to identify how much the orbital period of Dimorphos changed.

"That’s the key measurement that will tell us how the asteroid responded to our deflection effort." 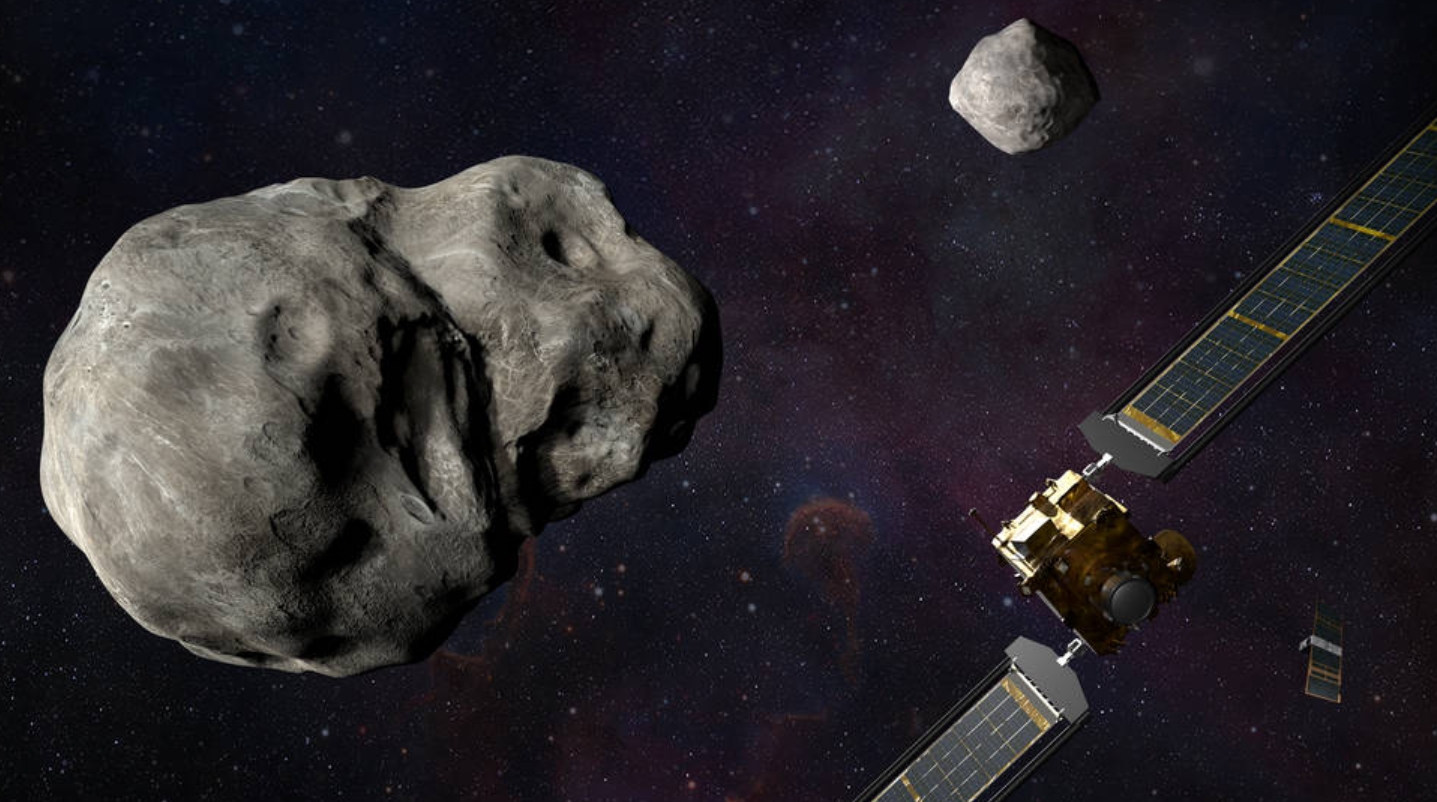 According to the paper, the impact on that asteroid could result in the first artificial meteor shower, which will produce a minuscule amount of peril for orbiting satellites if the space rocks reach our planet.

Although the risk is small, the author said anticipating the effects could set a template for future space missions, to lessen their impacts on Earth and the commons of space through which it travels.

"There’s a fair amount of material that will be ejected," said author Paul Wiegert, an astronomy professor at the University of Western Ontario.

Most of the wreckage should be ejected at less than around 3 220 km/h (2 000 mph) and will follow the orbit of the asteroid, with no possibilities of reaching Earth for thousands of years.

If some of the debris reaches more than about 20 900 km/h (13 000 mph), which will depend on the structure of the asteroid and the angle, it could make the relatively short jump to Earth in as little as 15 to 30 days.

Wiegert added that the amount of material that could reach Earth may be about a few grams, resulting in up to 10 meteors visible in the night sky over a few days.

Aaron Boley, a planetary astronomer at the University of British Columbia, noted that this could be the first time a man-made activity on an asteroid ejects debris that reaches the planet.

"Space is big, but what we do in space can affect us."

With this, Boley suggested that changes to the DART mission could prevent debris from reaching the Earth in that 15 to 30-day timeframe.

Meanwhile, Wiegert's calculations indicate that if the impact occurs outside of a window one week before or after the asteroid's nearest approach with Earth, no material will reach the planet's path this fast.

While DART poses no significant risk, Wiegert said future asteroid missions should take this issue into account. "It’s the first of a possibly large number of meteoroid streams we might create in the solar system that could become a hazard."

The Double Asteroid Redirection Test (DART) spacecraft is planned to impact the secondary of the binary asteroid (65803) Didymos in 2022 to assess deflection strategies for planetary defense. The impact will create a crater and release asteroidal material, some of which will escape the Didymos system. Because the closest point of approach of Didymos to Earth's orbit is only 6 million km (about 16 times the Earth-Moon distance), some ejected material will make its way sooner or later to our planet, and the observation of these particles as meteors would increase the scientific payout of the DART mission. The DART project may also represent the first human-generated meteoroids to reach Earth and is a test case for human activity on asteroids and its eventual contribution to the meteoroid environment and spacecraft impact risk. This study examines the amount and timing of the delivery of meteoroids from Didymos to near-Earth space. This study finds that very little DART-ejected material will reach our planet, and most of that only after thousands of years. But some material ejected at the highest velocities could be delivered to Earth-crossing trajectories almost immediately, though at very low fluxes. Timing and radiant directions for material reaching Earth are calculated, though the detection of substantial numbers would indicate more abundant and/or faster ejecta than is expected. The DART impact will create a new meteoroid stream, though probably not a very dense one. However, larger, more capable asteroid impactors could create meteoroid streams in which the particle flux exceeds that naturally occurring in the solar system, with implications for spacecraft safety.