A very strong earthquake measuring M6.9 on the Richter scale hit New Britain region of Papua New Guinea at 21:25 UTC on March 29, 2018. USGS is reporting a depth of 10 km (6.2 miles). EMSC is reporting M7.0 at a depth of 60 (37.3 miles). This earthquake can have a medium humanitarian impact based on the magnitude and the affected population and their vulnerability.

Based on the preliminary earthquake parameters (M7.2), hazardous tsunami waves are possible for coasts located within 300 km (186 miles) of the earthquake epicenter, PTWC said 21:32 UTC. 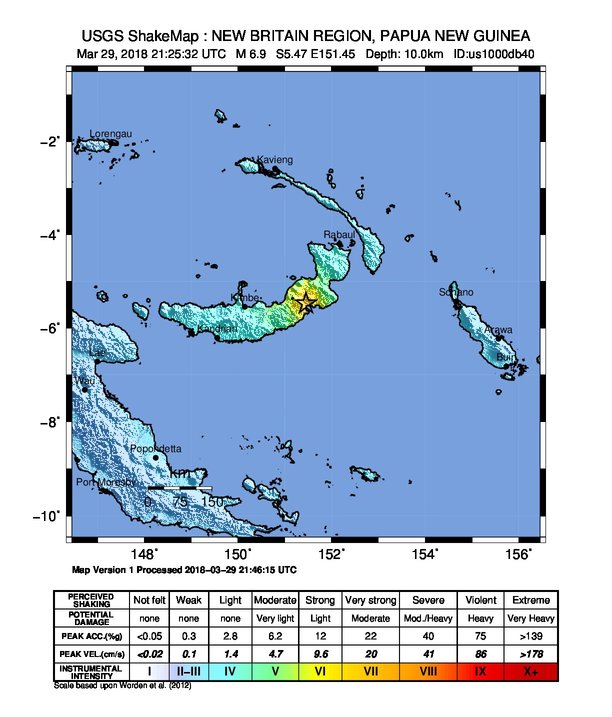 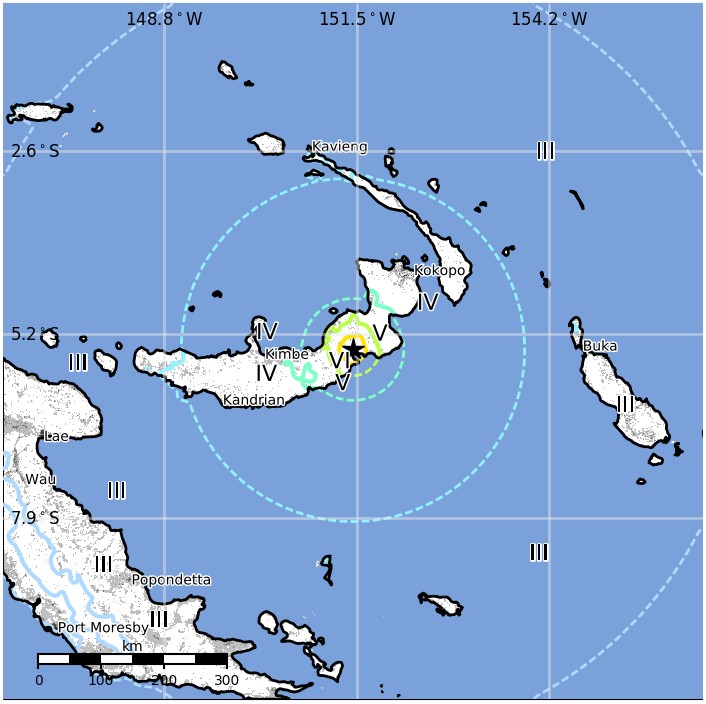 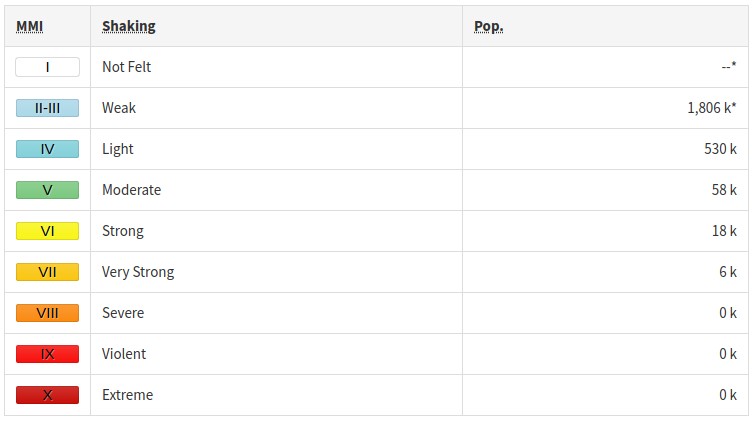 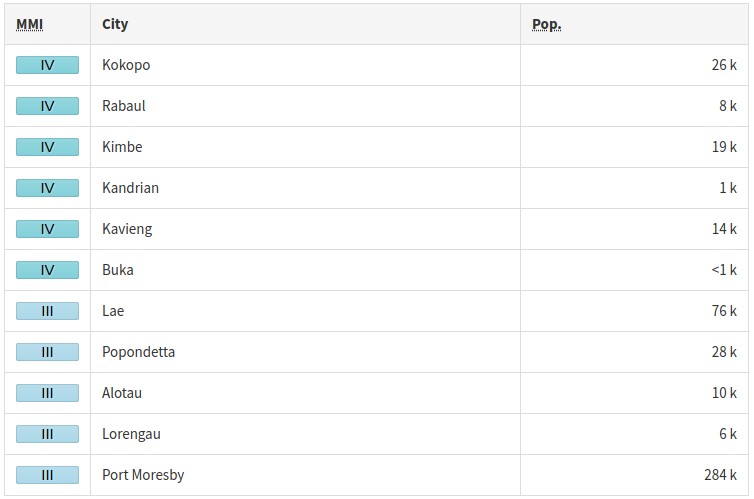 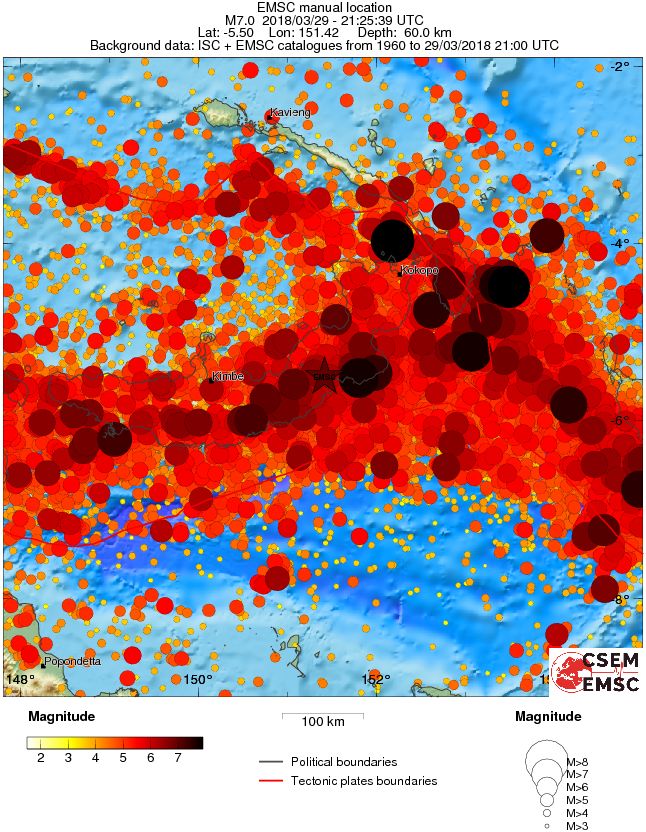