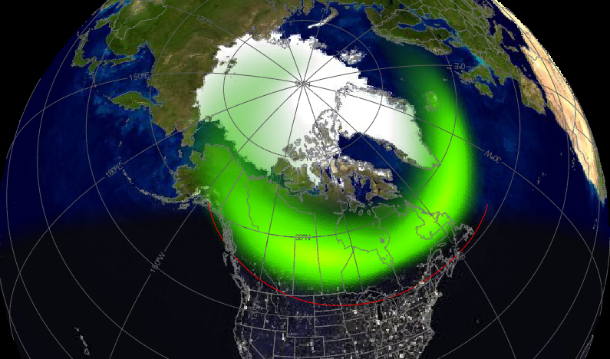 SolarHam reports the increase in geomagnetic activity also opened up the 6 meter (50 Mhz) amateur radio band with a flurry of aurora signals in both the United Kingdom, Scandinavia and northern parts of the United States and Canada. 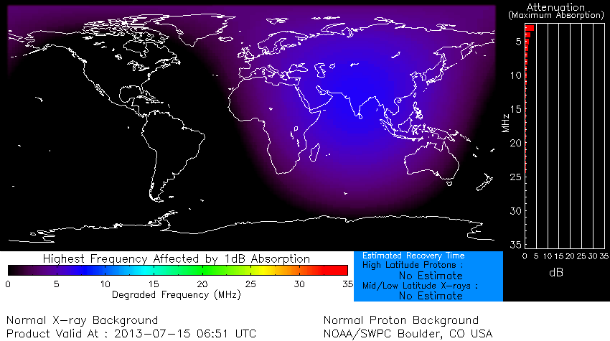 A minor CME hit Earth's magnetic field on July 9, 2013 at approximately 20:30 UTC and peaked during the early hours of July 10, 2013 and again on July 11, 2013, both times peaking at Kp=5. G1 geomagnetic storm produced auroras in northern US states from Wisconsin to Washington.