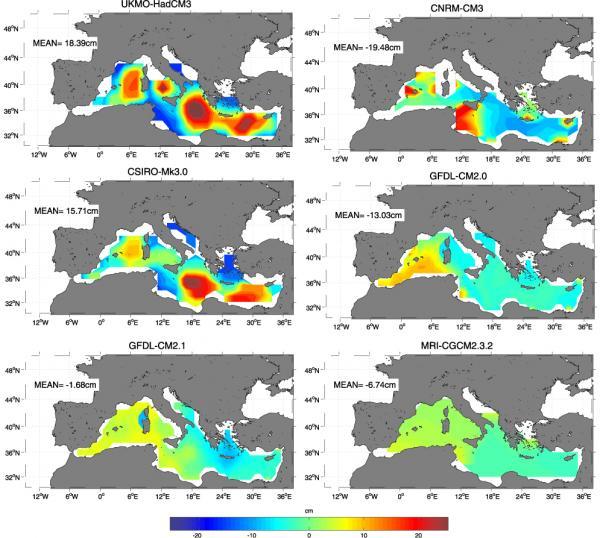 "The sea level in the Mediterranean has risen by between 1 and 1.5 millimeters each year since 1943, but this does not seem set to continue, because it now seems that the speed at which it rises is accelerating," said Manuel Vargas Yáñez, the main author of the book Cambio Climático en el Mediterráneo Español, and researcher in the Spanish Oceanography Institute (IEO).

The publication, which in its second edition includes, for the first time, climate figures from 1943 to 2008 using a marine observation system which is unique in Spain and pioneering in Europe, confirms that the Mediterranean is becoming warmer. Its salinity is also increasing, and the rise in sea level is accelerating.

Since the start of the 21st century, the level has already risen by 20 centimeters. However, "during the last three years which were added to the study (from 2005 to 2008) the rise in temperatures has been slower than at the end of the 20th century when the sea temperatures rose significantly", points out Vargas Yáñez, who insists on the necessity to study long series of figures to show the impact of climate change in the Mediterranean.

According to the book, presented today in Malaga by the Spanish Foundation for Science and Technology (FECYT) and the IEO to mark the third anniversary of SINC, the changes which occurred in the temperatures are not only due to the effects of climate change, but also to natural and "normal" atmospheric changes. "These are changes which are always going to happen; the atmosphere and oceans are chaotic systems", explains the expert.

On the sea's surface layer, the temperature has risen throughout the 20th century to a level similar to that of the air, in other words roughly 0.7 or 0.8 ºC. "It is rising at a speed of almost one degree per century, but it is not possible to extrapolate for the 21st century, because it depends on what human beings do and responds only to the laws of nature", explains Vargas-Yáñez.

Even if humans were to release less CO2 into the atmosphere during this century, emerging countries were to reduce their emissions, and the burning of fossil fuels fell and green economies were promoted, "in the short-term, temperatures would continue to rise", concludes the scientist.

"The climate on Earth is experiencing inertia to a certain extent. Even though we have now decreased greenhouse gas emissions to the levels of the 1990s, during the next 30 years the rise in temperatures and in sea level will continue at the same level as if we did nothing", the physicist points out, who adds, nonetheless, that "the future is not set in stone, and we can still take action to fix it".

Vargas Yáñez and his team plan to continue updating the climate figures for the Mediterranean year after year, thereby consolidating the observation and monitoring system. The next step will be to present a report which is similar but "more multidisciplinary", and which includes a study of the impact of climate change on the Mediterranean's ecosystems.