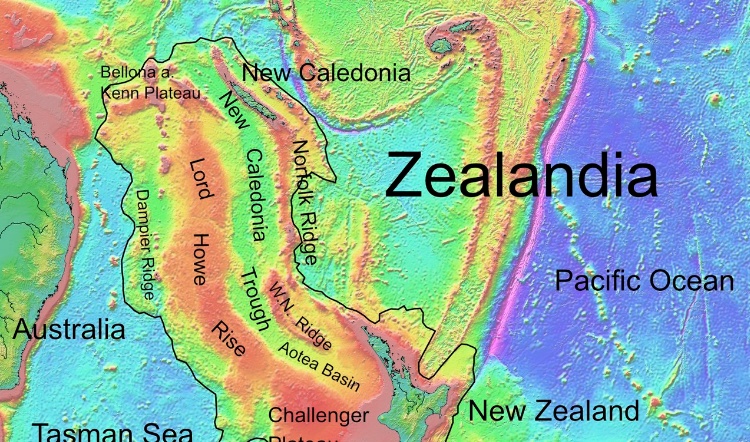 Newly published evidence reveals that Earth's hidden continent Zealandia– which stretches across 5 million km2 (2 million mi2) beneath the southwest Pacific Ocean– was shaped by two tectonic events. First, it was ripped away from Australia and Antarctica and then carved by violent forces that forged the Pacific Ring of Fire.

The first scientific drilling expedition to sample in the area was in 1972, between Australia, New Zealand, and New Caledonia. The results suggested that tectonic forces stretched and thinned Zealandia's crust, ripping if om the supercontinent Gondwana about 85 million years ago. This also resulted in the formation of the Tasman Sea.

New samples gathered and tested by lead author and Victoria University of Wellington's Professor Rupert Sutherland and his colleagues during a nine-week Tasman Sea expedition indicate another major factor– Zealandia's subsequent modification during the creation of the Pacific Ring of Fire.

"We propose that a 'subduction rupture event' propagated around the whole of the western Pacific at that time," said Sutherland.

"We suggest the process was similar to a massive super-slow earthquake that resurrected ancient subduction faults that had lain dormant for many millions of years. This concept of 'subduction resurrection' is a new idea and may help explain a range of different geological observations."

As a result of the Pacific Ring of Fire, "things that were in 1 000 m (3 280 feet) of water came up to sea level and then subsided down to be more than 1,000 meters deep again," he added. "The permanent effects included the New Caledonia Trough that comes all the way to Taranaki."

The researchers used a 3 000-tonne drill to create six boreholes up to 900 m (2 953 feet) below the ocean floor, from which rock and sediment cores were gathered and studied for clues about the timing and length of the continent's uplift. 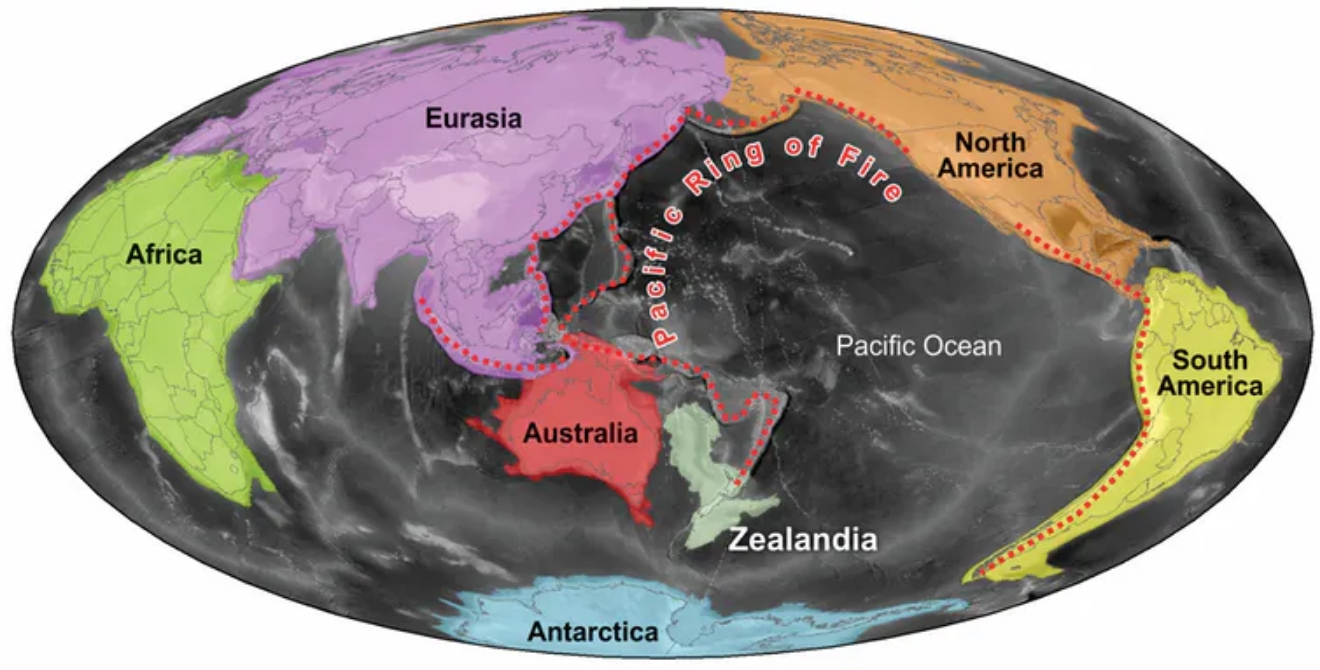 The world’s continents and Zealandia, at the southern end of the Pacific Ring of Fire. Image credit: Sutherland et al.

"We used fossils from three of the sites to show that northern Zealandia became much shallower and likely even had land areas between 50 and 35 million years ago. At about the same time, two other sites subsided into deeper water, and then the whole region subsided by at least a kilometer to its present depth," Sutherland detailed.

As a result, the evidence indicated that events such as the forging of the ring of fire "can dramatically alter the geography of continents, and the sedimentary record preserved on Zealandia will help us figure out in more detail how and why it happened, and what the consequences were for plants, animals, and regional climate." 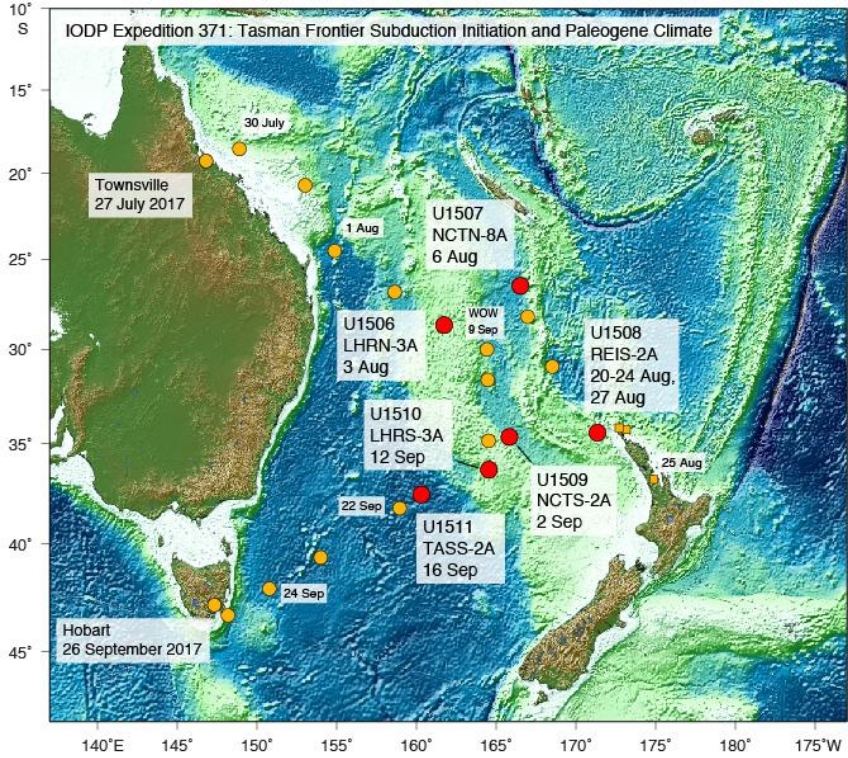 Data from International Ocean Discovery Program (IODP) Expedition 371 reveal vertical movements of 1–3 km in northern Zealandia during early Cenozoic subduction initiation in the western Pacific Ocean. Lord Howe Rise rose from deep (~1 km) water to sea level and subsided back, with peak uplift at 50 Ma in the north and between 41 and 32 Ma in the south. The New Caledonia Trough subsided 2–3 km between 55 and 45 Ma. We suggest these elevation changes resulted from crust delamination and mantle flow that led to slab formation. We propose a “subduction resurrection” model in which (1) a subduction rupture event activated lithospheric-scale faults across a broad region during less than ~5 m.y., and (2) tectonic forces evolved over a further 4–8 m.y. as subducted slabs grew in size and drove plate-motion change. Such a subduction rupture event may have involved nucleation and lateral propagation of slip-weakening rupture along an interconnected set of preexisting weaknesses adjacent to density anomalies.