A large weather system affecting much of Australia is producing heavy rain and a massive line of thunderstorms from Top End, Northern Territory to southeast Queensland — over 2 500 km (1 550 miles) on November 11, 2021. Parts of the region have already received one or two months' worth of rain over the past 5 days.

Overnight Tuesday and into Wednesday, November 9 into 10, phenomenal rainfall totals fell in parts of Queensland and Northern Territory, Australia, with the area north of Rockhampton in Queensland receiving more than 300 mm (11.8 inches) and Alice Springs in Northern Territory recording 100 mm (3.9 inches), the Australian Bureau of Meteorology (BOM) said. The 24-hour rainfall total registered in Alice Springs has not been this high since January 30, 2001.1

The storms continued on Thursday, November 11, forming along a low pressure trough that is interacting with a mass of very humid air in an unstable atmosphere, WeatherZone reports.2

Between 09:00 and 15:00 AEDT, the heaviest rain occurred in central and southern Queensland. A couple of rain gauges near Charleville registered 59 mm (2.3 inches) during this time, while a gauge at Dalby picked up 54 mm (2.1 inches).

"The Charleville and Dalby areas have now received more than their monthly averages for November, only 11 days into the month. In fact, Dalby has collected roughly two months' worth of rain in the last five days."

In addition, 1.37 million lightning pulses (cloud-to-cloud, and cloud-to-ground) were detected across central and eastern Australia overnight. 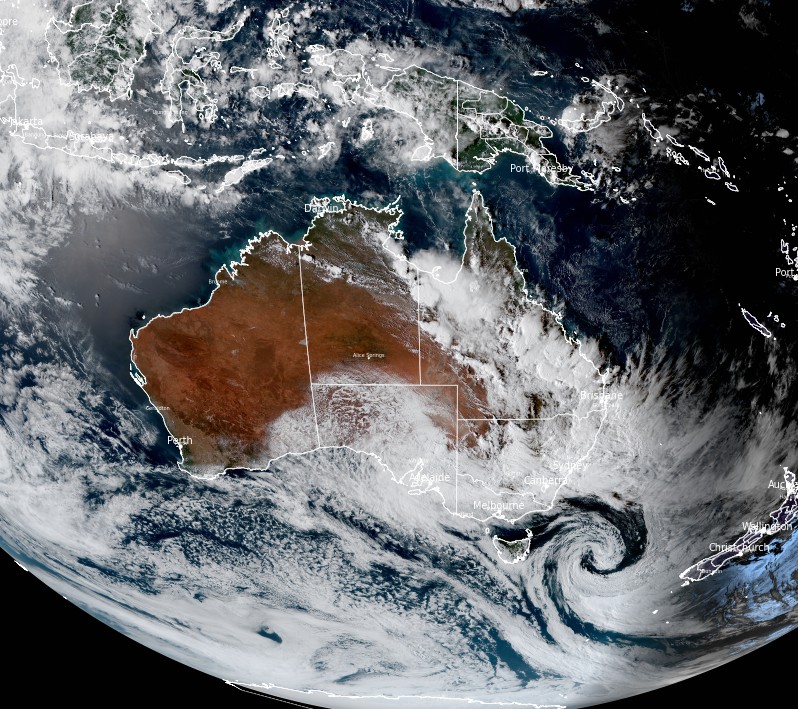 On November 9, BOM urged residents across Queensland, New South Wales and Victoria to prepare for potential flooding through the rest of this week.1

BOM Hazard Preparedness and Response East Manager Jane Golding said key areas of concern ranged from Queensland down through to Victoria, and included river catchments close to the NSW-Queensland border and along the western slopes in New South Wales.

"Heavy rain and thunderstorms are expected to set in from Wednesday and continue into the weekend, so we're urging people to prepare now," Golding said.

"Many areas in eastern Australia will see significant rainfall, and some locations in New South Wales and Queensland are likely to see daily rainfall totals of 150 mm (5.9 inches) or higher."

"This kind of heavy rainfall over a short period of time can cause dangerous flash flooding and combined with the fact that many river catchments down the east coast are already quite wet, there is a very real risk that we may see some rivers flood too."

"Please make sure you're staying up to date with current forecasts and warnings and be careful when you are out and about this week."

Parts of New South Wales are forecast to receive more than a month's worth of rain over the next three days.

Western Queensland is expected to see three times their November average rainfall in the coming days.