Sudan’s National Council for Civil Defense is reporting at least 43 people lost their lives while 3 838 homes were destroyed and another 8 514 damaged as a result of heavy rains and flooding affecting the country since the end of July 2021 when the rainy season started.

The worst affected was River Nile State, with over 27 000 affected, including 20 000 in Barbar where floods destroyed 1 738 homes.

As many as 7 710 people have been affected in Al Fao where 528 homes were destroyed.

The Nile river is above the danger mark in several locations in the country, FoodList reports.

More heavy to very heavy rainfall is expected over parts of northern Ethiopia, western Eritrea, and southern Sudan through the end of the month, ICPAC said.2 Authorities and the public are advised to take appropriate measures to protect lives and livelihoods. 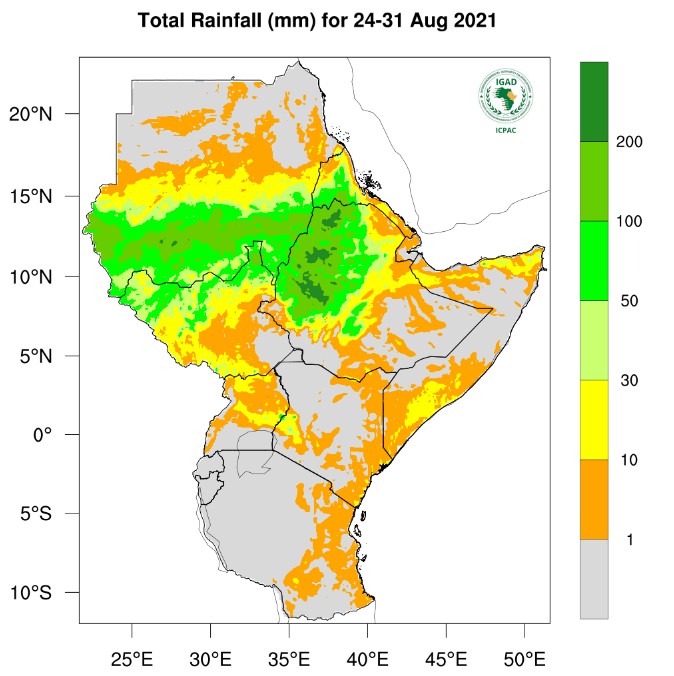 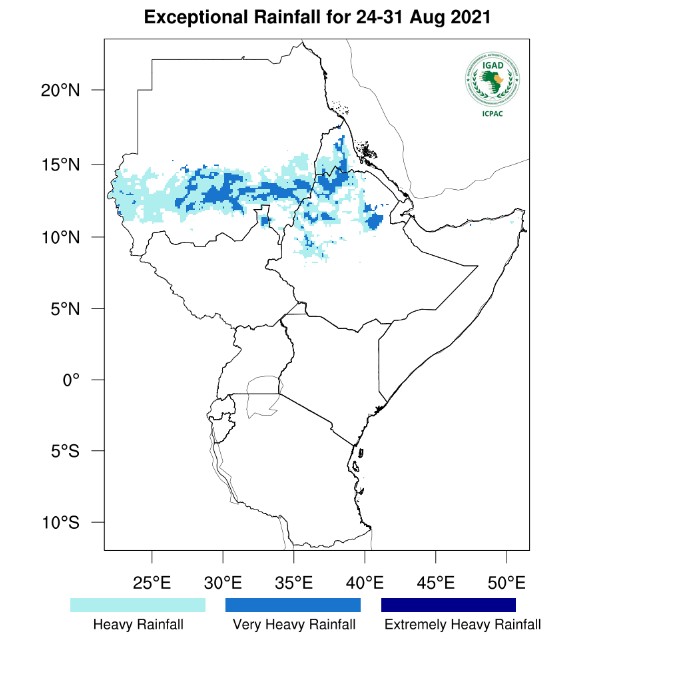