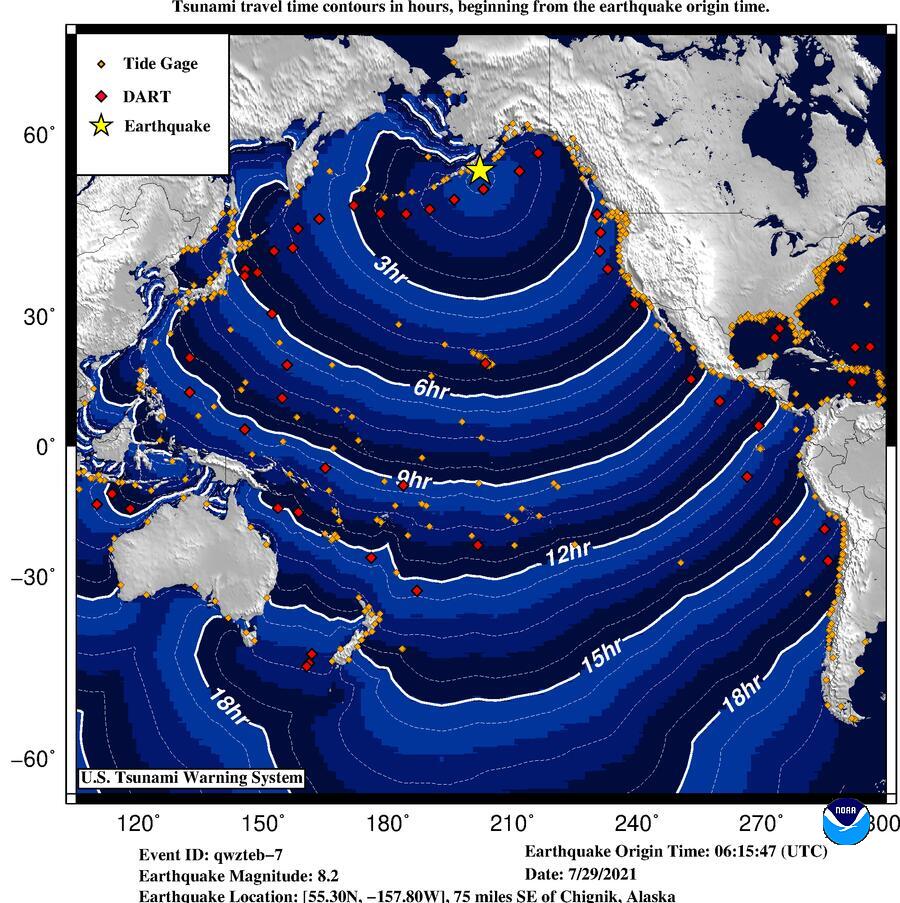 If you are in a tsunami warning area, evacuate inland or to higher ground above and beyond designated tsunami hazard zones or move to an upper floor of a multi-story building depending on your situation.

Impacts will vary at different locations in the warning and in the advisory areas.

If you are in a tsunami warning area;

If you are in a tsunami advisory area:

All tsunami warnings, advisories and watches have been canceled.

A tsunami was generated by this event, but no longer poses a threat. However, some areas may continue to see small sea level changes. The determination to re-occupy hazard zones must be made by local officials, NWS NTWC in Palmer, AK said at 09:29 UTC. 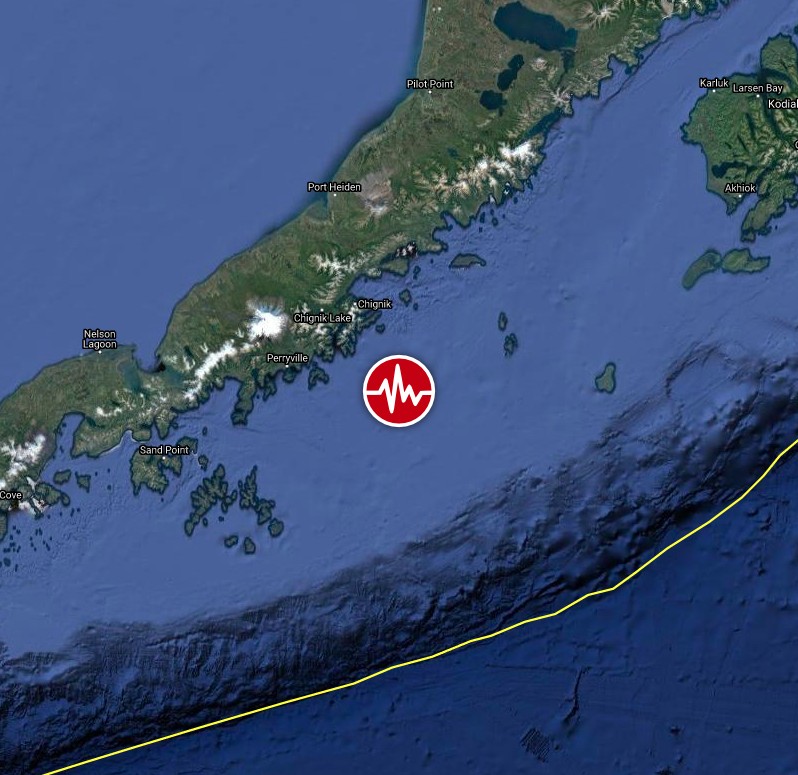 A Yellow alert was issued for economic losses. Some damage is possible and the impact should be relatively localized. Estimated economic losses are less than 1% of GDP of the United States. Past events with this alert level have required a local or regional level response.

The earthquake occurred as the result of thrust faulting at shallow depth on the subduction zone interface between the Pacific plate and North America plate, where the Pacific plate begins subducting to the northwest beneath Alaska.

Large earthquakes in this region are common, USGS said.

The USGS advised everyone to be aware of the possibility of aftershocks, especially when in or around vulnerable structures such as unreinforced masonry buildings.

The agency estimates the chance of more aftershocks as follows: 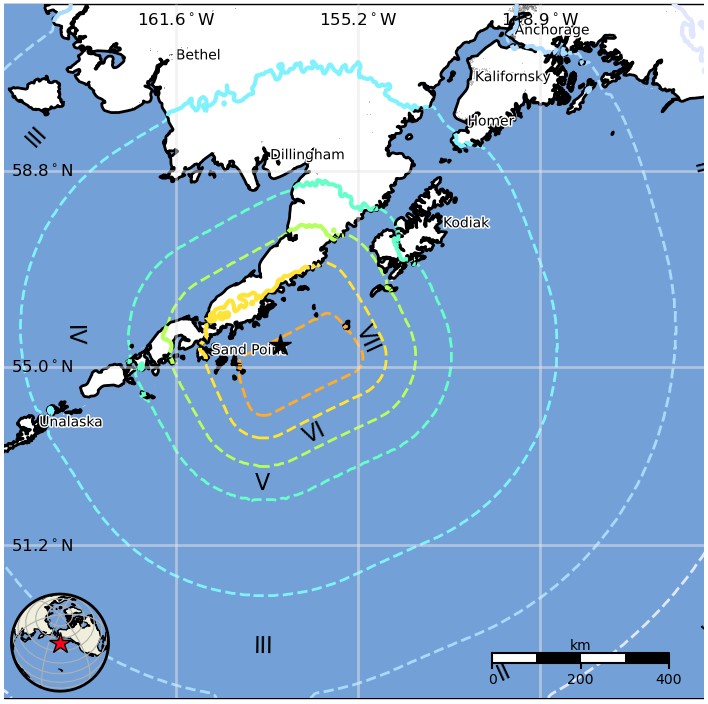 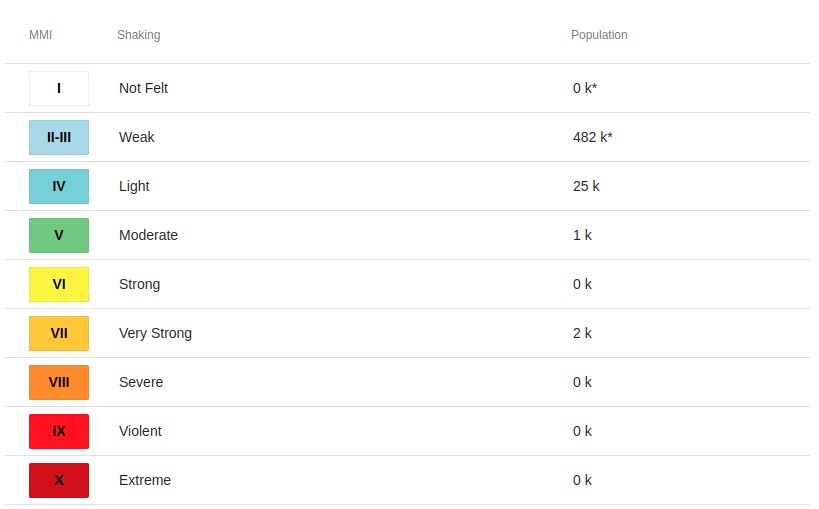 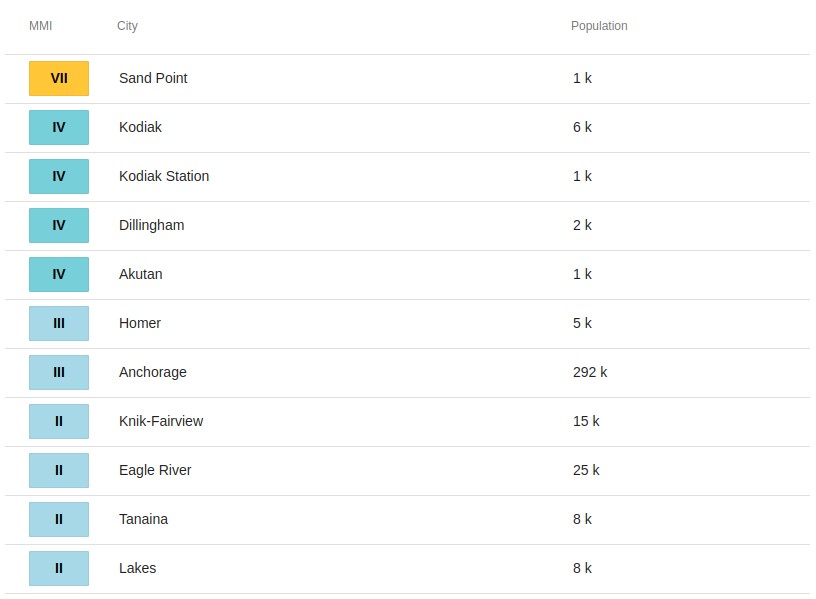 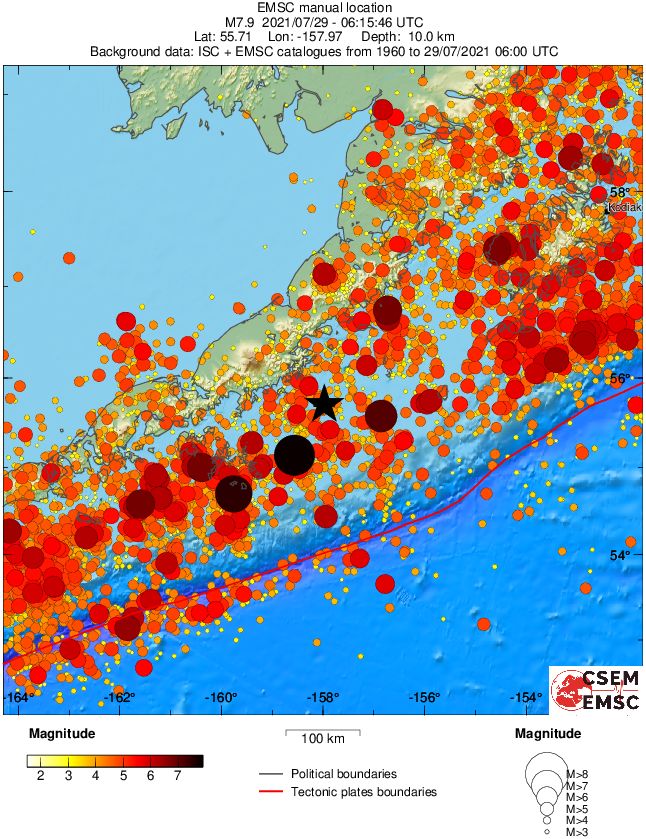