A strong eruption started at the Indonesian Sinabung volcano, North Sumatra at 06:20 UTC on July 28, 2021 (13:20 local time). The Aviation Color Code was raised to Red.

According to Sinabung Volcano Observatory, the eruption lasted for about 12 minutes.

A pyroclastic flow was observed through the east-southeast slope, reaching a distance of about 1 km (0.62 miles) from the summit.

In the event of ashfall, people are advised to wear masks when leaving the house to reduce the health impact of volcanic ash. Secure drinking water facilities and clean roofs of houses from heavy volcanic ash so that they do not collapse.

People who live near rivers that originate at Mount Sinabung are advised to stay alert to the dangers of lahars. 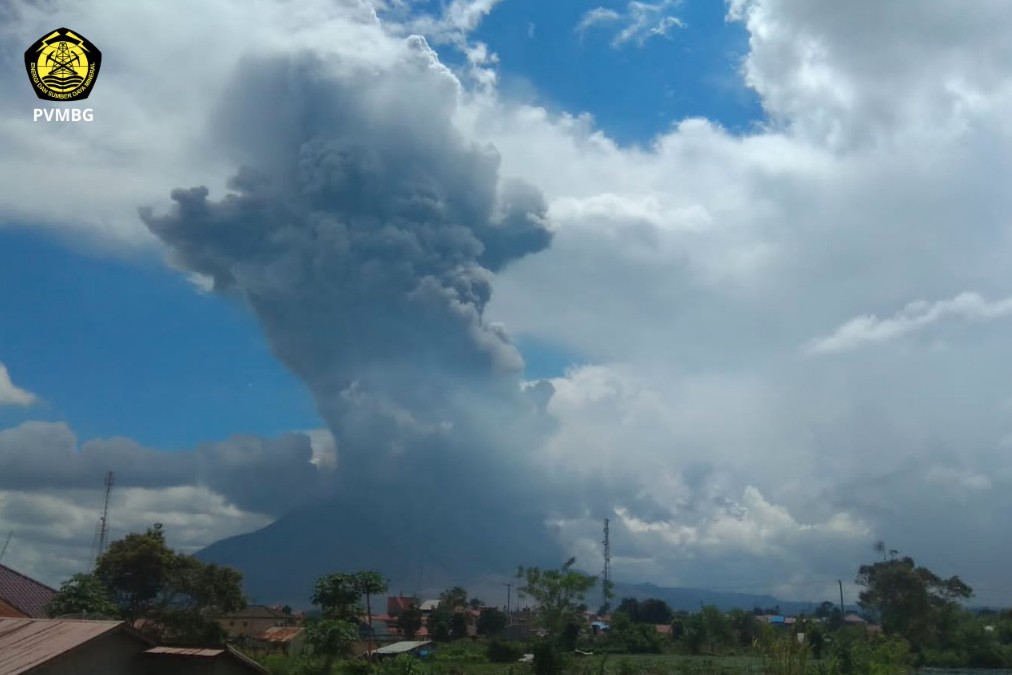 A significant eruption took place at the volcano at 16:35 UTC on June 6.

The eruption lasted for 421 seconds but it was not clearly observable due to fog and clouds.