The Cascades Volcano Observatory (CVO) has detected an earthquake swarm in the Mount Hood area, Oregon on June 5, 2021. The swarm continued into June 6 when the activity started to quiet down. The last known eruption of this volcano took place in 1865 and 1866 (VEI 2). The last major eruptive period began in 1781 and lasted to ~1801.

It was preceded by several earthquakes in the hour prior to the M3.9, and tens of aftershocks have occurred so far with event rates declining in a manner typical of mainshock-aftershock sequences, CVO said in a statement issued at 04:38 UTC on June 6. 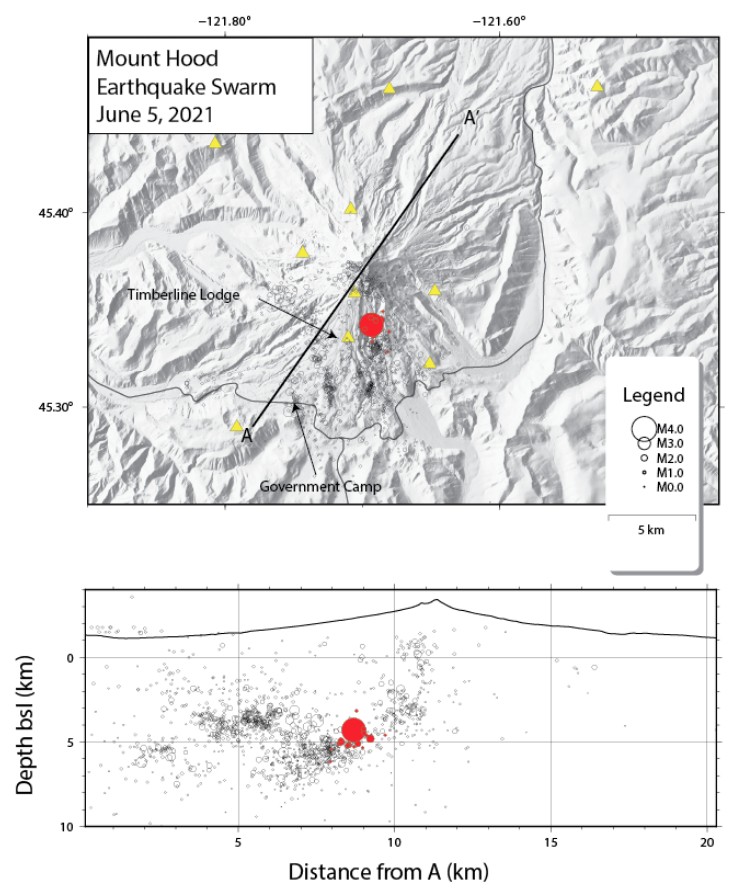 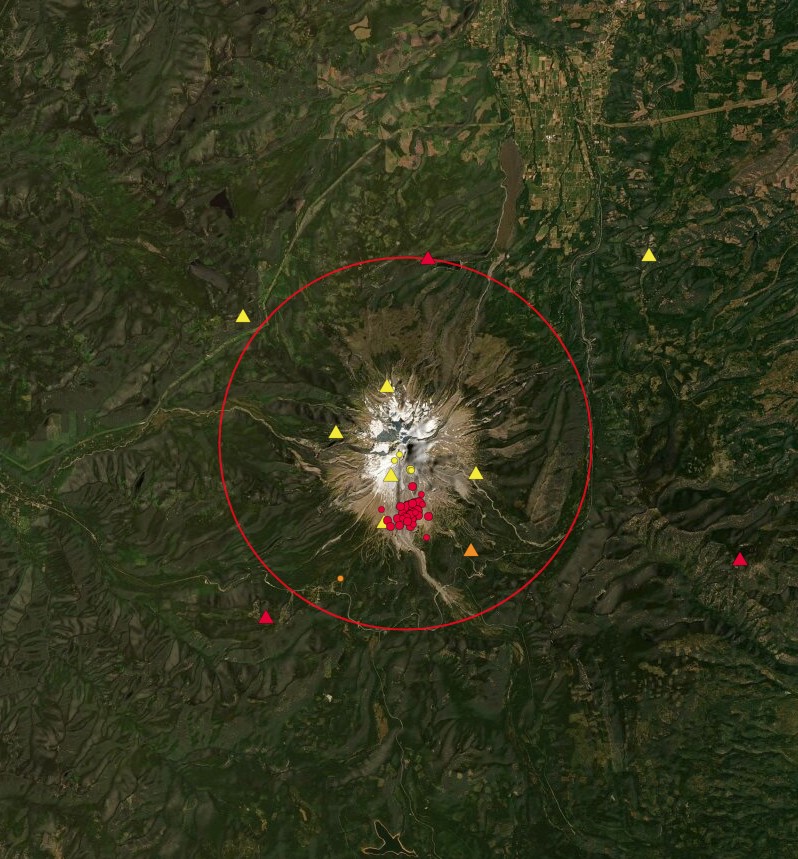 The mainshock characteristics and location are consistent with past swarms in the Mount Hood area, including M4.5 on June 29, 2002, which was located approximately 1.6 km (1 mile) east of the M3.9.

Aftershocks will likely continue for hours or days, some of which may be felt, CVO said.

At this time seismologists at the Cascades Volcano Observatory and Pacific Northwest Seismic Network (PNSN) do not believe that this swarm signifies a change in volcanic hazard at Mount Hood, but will continue to monitor the swarm and will issue further updates as the situation warrants.

Seismicity at Mount Hood is primarily characterized by fairly intense swarms of micro-earthquakes which typically occur about 4 to 7 km (2.5 – 4.3 miles) south of the summit. Over 3/4 of the earthquakes that were located at Mount Hood during the 1990s occurred in these types of swarms, according to the PNSN.

These swarms usually last from a few hours to a couple of days and have had as many as 50 well-located earthquakes and as few as 4.

The largest event in a swarm usually does not occur at the beginning (such as a main shock-after shock sequence).

The map below shows the epicenters (color-coded by depth) for the Mount Hood area (including the likely non-volcanic sources just to the south of the mountain) since 2010. 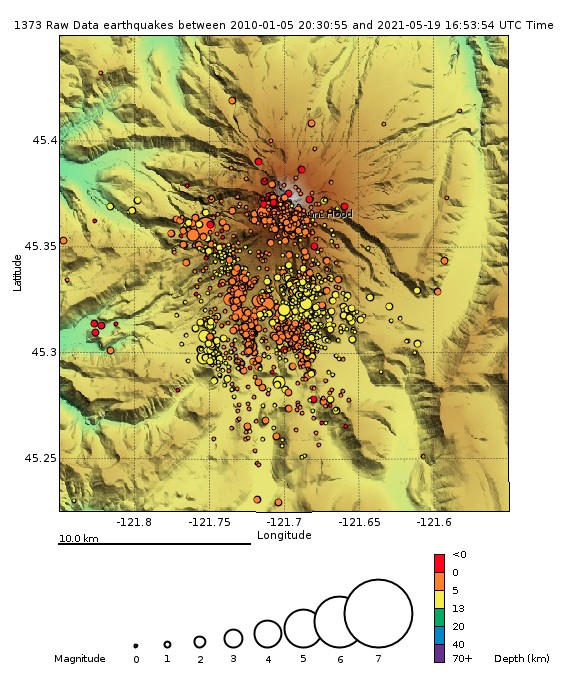 Major Pleistocene edifice collapse produced a debris avalanche and lahar that traveled north down the Hood River valley and crossed the Columbia River.

The glacially eroded volcano has had at least three major eruptive periods during the past 15 000 years.

The last two occurred within the past 1800 years from the central vent high on the SW flank and produced deposits that were distributed primarily to the south and west along the Sandy and Zigzag rivers.

The last major eruptive period took place beginning in 1781, when growth of the Crater Rock lava dome was accompanied by pyroclastic flows and lahars down the White and Sandy rivers.

The Sandy River lahar deposits extended to the west as far as the Columbia River and were observed by members of the 1804-1805 Lewis and Clark expedition shortly after their emplacement. Minor 19th-century eruptions were witnessed from Portland. (GVP)