SETI Institute researchers are reporting that they can now detect showers from the debris in the path of comets that pass close to Earth orbit and are known to return as infrequent as once every 4 000 years.

"This creates a situational awareness for potentially hazardous comets that were last near-Earth orbit as far back as 2 000 BC," said Peter Jenniskens of the SETI Institute, a meteor astronomer and lead author of the new paper published in Icarus.

Jenniskens is the head of the Cameras for Allsky Meteor Surveillance (CAMS) project, which observes and triangulates the visible meteors in the night sky using low- light video security cameras to measure their trajectory and orbit.

Setting up CAMS networks in multiple countries, including Australia, Chile and Namibia, resulted in an increased number of triangulated meteors and a better and more complete picture of the meteor showers on Earth.

"Until recently, we only knew five long-period comets to be parent bodies to one of our meteor showers," said Jenniskens, adding that they've now identified nine more, and perhaps as many as 15.

Comets comprise only a small fraction of all impactors on Earth, but researchers believe they caused some of the biggest impact events over Earth’s history because they can be big, and the fact that their orbits are such that they can impact at high speed.

"In the future, with more observations, we may be able to detect fainter showers and trace the orbit of parent comets on even longer orbits," said Jenniskens. 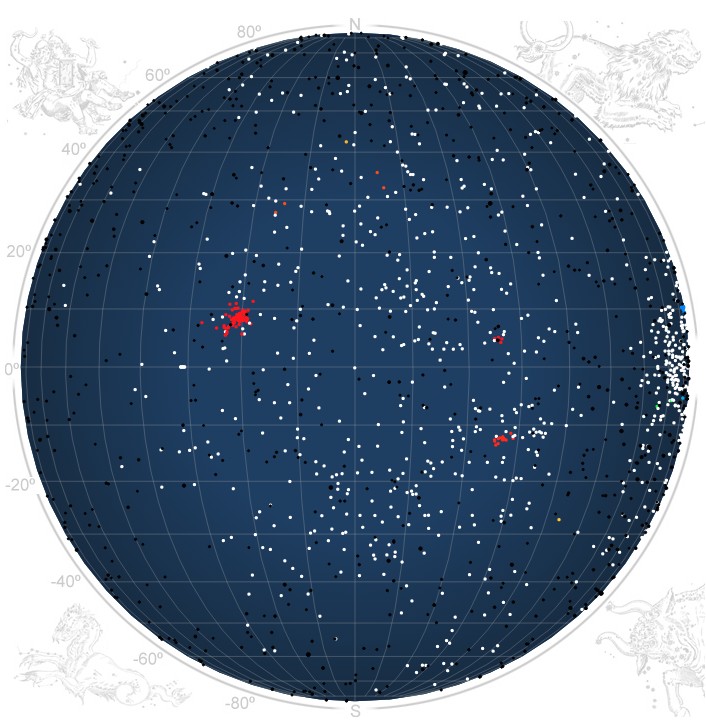 Every night, the CAMS network determines the direction from which comet debris is entering Earth’s atmosphere. Maps are created on an interactive celestial sphere that shows the meteor showers as colored blobs. Clicking on those blobs shows the measured orbits in the solar system.

"These are the shooting stars you see with the naked eye. By tracing their approach direction, these maps show the sky and the universe around us in a very different light," said Jenniskens.

An analysis of the data found that long-period comet meteor showers can last for many days.

"This was a surprise to me," says Jenniskens. "It probably means that these comets returned to the solar system many times in the past, while their orbits gradually changed over time."

Data also revealed that the most dispersed meteor showers show the highest fraction of small meteoroids.

"The most dispersed showers are probably the oldest ones," says Jenniskens. "So, this could mean that the larger meteoroids fall apart into smaller meteoroids over time."

What long-period comets with orbital periods >250 years cause detectable meteor showers on Earth? Low-light video cameras are used to track the motion of +4 to −5 magnitude meteors in our atmosphere by triangulation and calculate the meteoroid orbit in space. In recent years, the CAMS (Cameras for Allsky Meteor Surveillance) low-light video camera network was greatly expanded and, together with other video networks, now has increased the total video meteoroid orbit database to over 2.2 million orbits. Here, we searched this database for meteor showers associated with known long-period comets. Previously, five associations were known. Now, we find 14, as well as six uncertain but likely associations. These showers show a change of longitude of perihelion with node that is a strong function of inclination. Showers of longer duration show a steeper magnitude distribution index, presumably due to aging of the meteoroid population. Showers are generally detected only if the orbital period of the comet is less than 4000 years and the Earth-Comet orbital miss distance is ≤0.10 AU. The lack of an associated meteor shower sets lower limits on the orbital period of poorly observed comets.