Several destructive tornadoes swept through Mississippi late Sunday night (LT), May 2, 2021, damaging buildings and downing trees and power lines. A tornado emergency was declared for Tupelo and surrounding areas, but there were no immediate reports of injuries.

According to NWS Storm Prediction Center, the country saw 22 tornadoes on May 2, 18 of them in Mississippi. 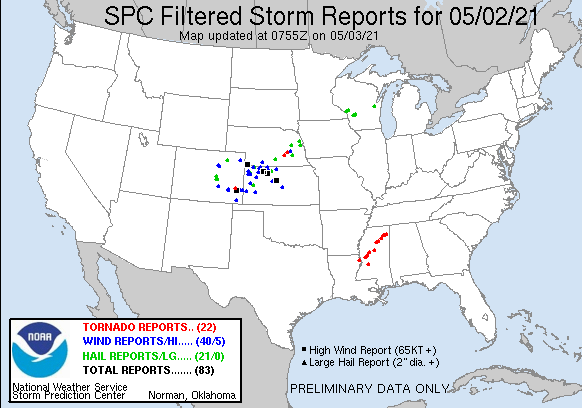 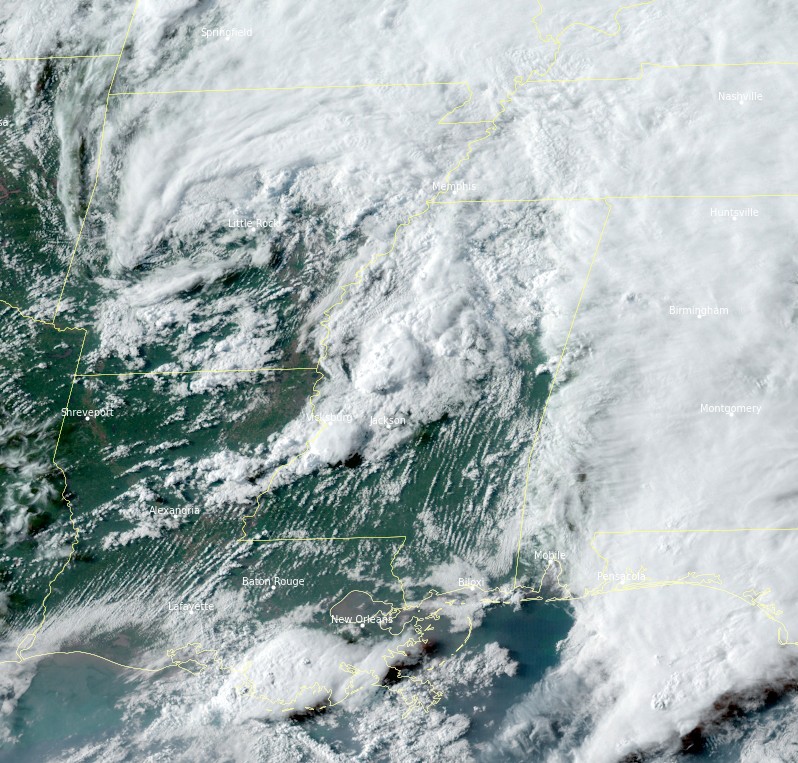 A destructive tornado hit the city of Tupelo, whose officials confirmed the damage and urged residents not to get out and drive.

"Emergency crews are currently assessing the degree of damage. Please do not get out and drive. It is dangerous – there are reports that power lines are down in the roads. We will update you as soon as we know the extent of the damage. Prayers that all are safe, and please keep our crews and first responders in your prayers also," the City of Tupelo Mayor's Office said.

Tupelo Middle School sustained some damage, as well as houses and business, the AP reported.

**NEW VIDEO** We have new visuals out of #Tupelo #Mississippi after a large #tornado ripped through the community this evening.

We will continue to follow this story as it develops. #MSwx pic.twitter.com/vvJ7DyLXuD

"Light poles have been snapped off. Trees in a few homes. Trees on vehicles. Damage to several businesses. Fortunately, we have had no reports at this time of injuries. We are asking that you PLEASE STAY OFF THE ROADS AT THIS TIME. Emergency personnel are working feverishly to open the roads as quickly as possible."

A cyclic supercell produced damaging tornadoes from Yazoo to Durant. 4 of these tornadoes were captured in this video recorded by Alec Scholten:

Another tornado was reported in Fayette and recorded by the Live Storms Media crew:

Severe thunderstorms and flooding in parts of the Central U.S.

"A quasi-stationary front extending from the Northeast to the Upper Midwest, then to the Southwest will move slowly to the Ohio Valley roughly southwestward to the Lower Mississippi Valley by Tuesday evening, May 4," NWS forecaster Ziegenfelder noted.

Additionally, upper-level impulses will move eastward ahead of the boundary in the warm sector, moving to the Mid-Atlantic through Tuesday.

Multiple days of severe thunderstorms and heavy rain will be associated with this system from the Central Plains to the Lower Mississippi Valley into parts of the Ohio Valley and parts of the Southeast through Tuesday.

Over the Central Plains, the main hazards will be frequent lightning, severe thunderstorms wind gusts, hail, and a few tornadoes.

There is a 10% or greater probability of wind gusts up to 120 km/h (75 mph) or greater over parts of the Central Plains.

Furthermore, the SPC has issued a Sight Risk of severe thunderstorms over parts of the Lower Mississippi/Tennessee Valleys through Monday morning.

The WPC has issued a Slight risk of excessive rainfall over parts of the Central Plains and the Central Gulf Coast through Monday morning.