In addition, a Type IV radio signature was detected at 04:38 UTC. This signature is associated with major eruptions on the Sun and strong coronal mass ejections and solar radiation storms. 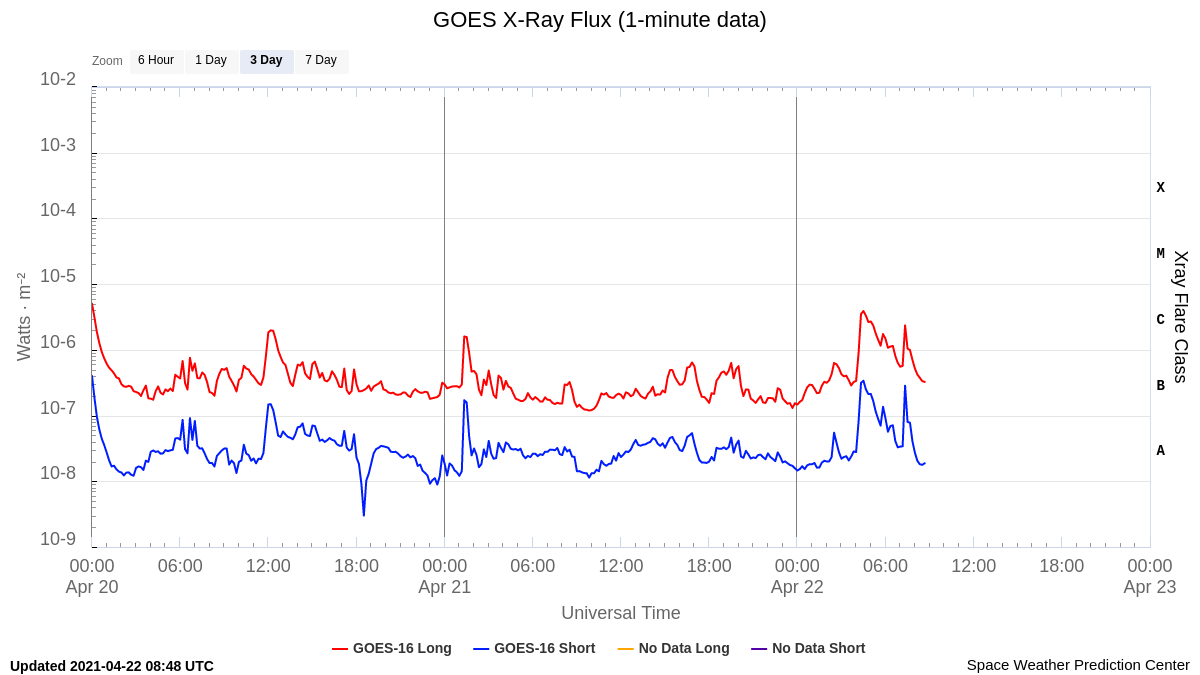 We are still waiting for coronagraph imagery and models to confirm Earth-directed CME, which would likely reach our planet around April 25 and 26.

The greater than 2 MeV electron flux reached high levels in 24 hours to 00:30 UTC today, with a peak flux of 12 700 pfu observed at 14:55 UTC. The greater than 10 MeV proton flux was steady at background levels.

Solar wind parameters remained elevated during the same period, with lingering coronal hole high speed stream (CH HSS) effects; although wind speeds have finally begun to recover nearer to 500 km/s from a high of around 650 km/s. The IMF was generally undisturbed and the phi angle was negative the first half of the day before flipping to positive orientation. 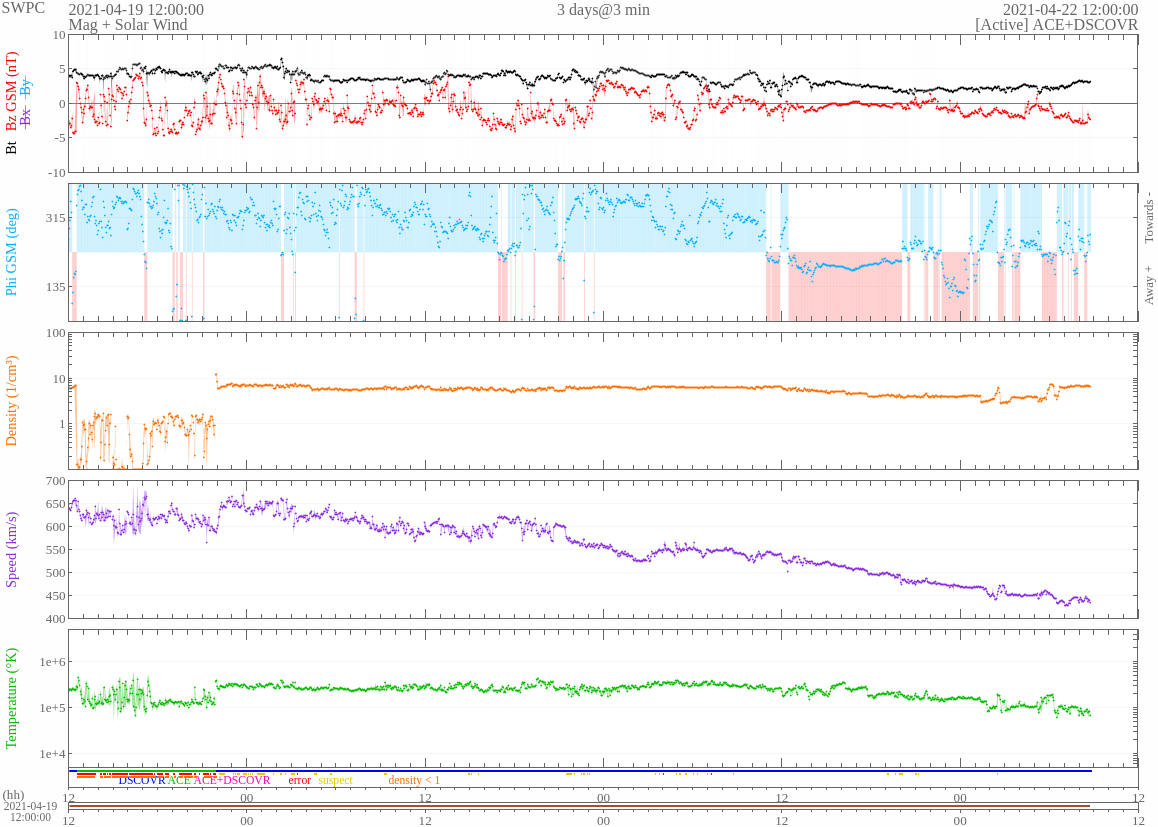 Solar wind parameters are expected to be at or near background levels on April 22. Late on April 23, and into the next day, negative-polarity CH HSS effects are expected.