Volcanic activity at Mount Etna, Italy intensified again at 21:10 UTC on February 22, 2021, and evolved into the 5th paroxysm since February 16 — truly spectacular and most powerful in recent years.

The activity started gradually increasing at around 20:47 UTC, reaching high levels by 22:05 UTC, with lava jets up to 300 m (985 feet) above the Southeast Crater.

A second mouth activated at the crater at 22:27 UTC, producing lava fountains. At 22:28 UTC, lava overflow took place toward the Valle del Bove. 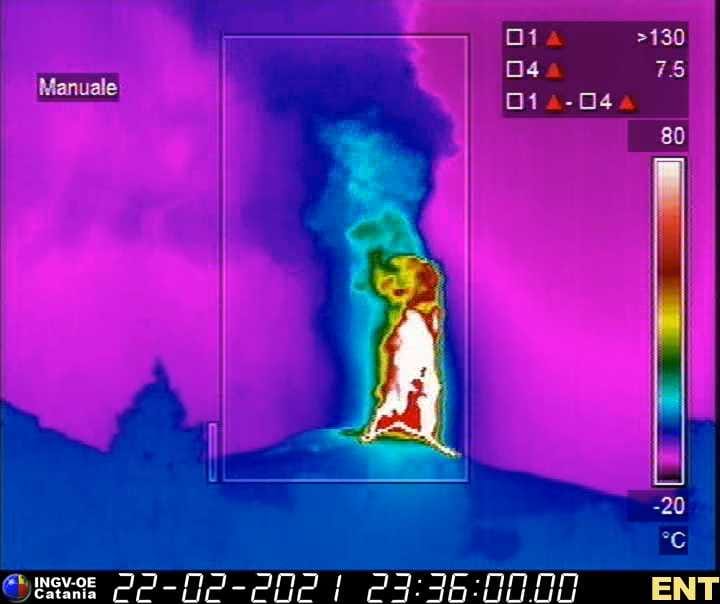 This activity produced an eruptive column that rose several kilometers from the top of the volcano.

Amazingly tall (more than 1500 m) lava fountains and spectacular "fountain fan" during #Etna's violent paroxysm during the night of 22-23 February 2021. View from our home in Tremestieri Etneo. pic.twitter.com/r4ako7UXjr 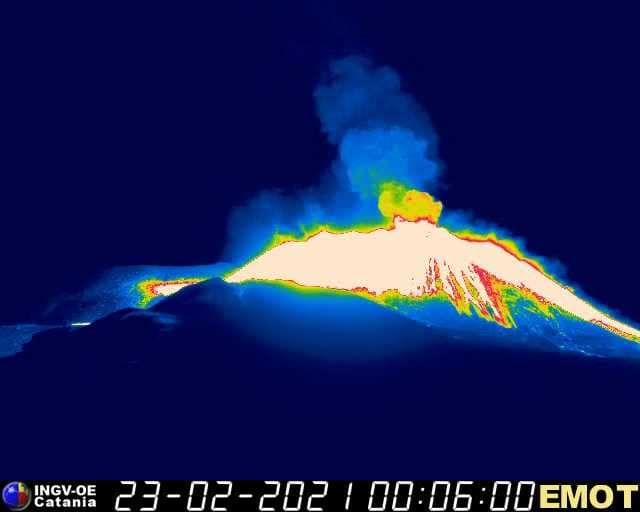 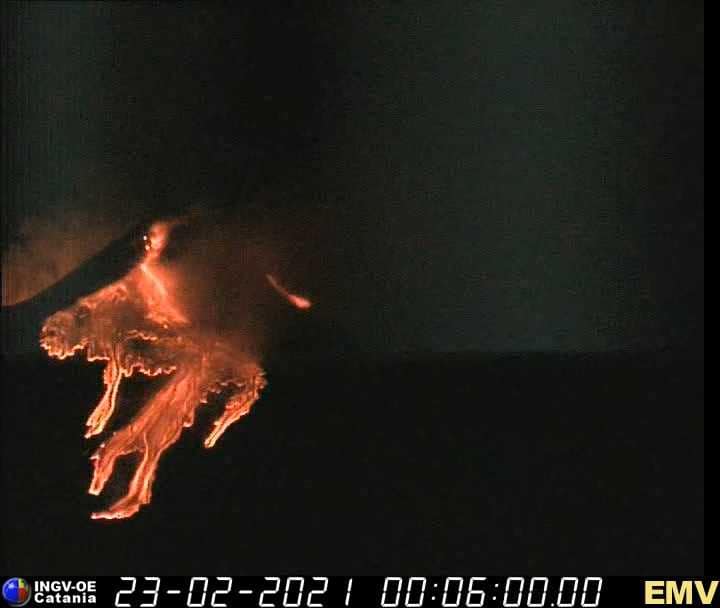 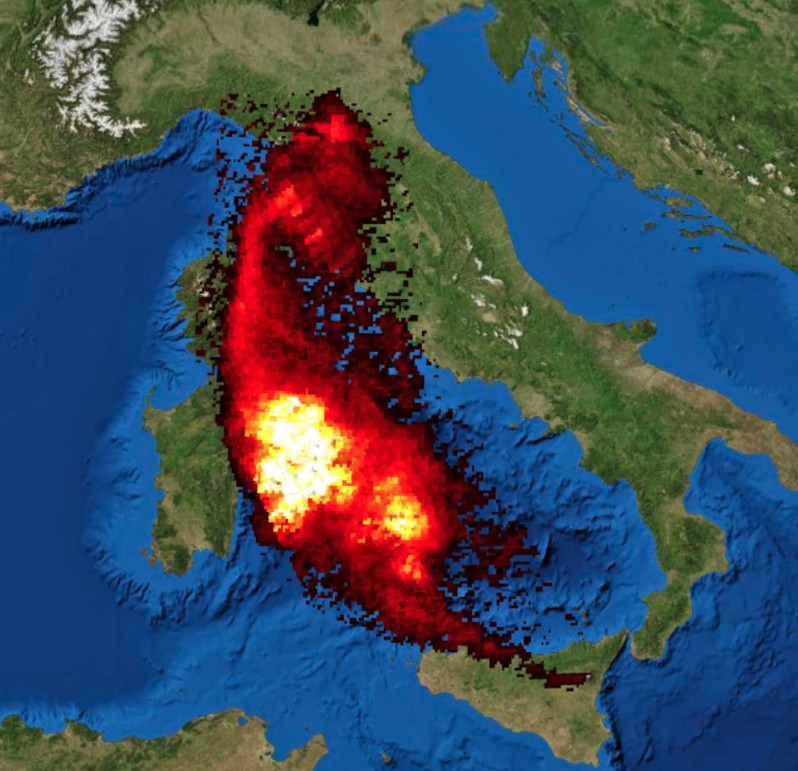 A sudden decrease in the height of lava fountains started at around 00:15 UTC on February 23 but explosive activity continued.

Another intensification started at 03:50 UTC, accompanied by ash emissions from the Southeast Crater and two small lava flows. 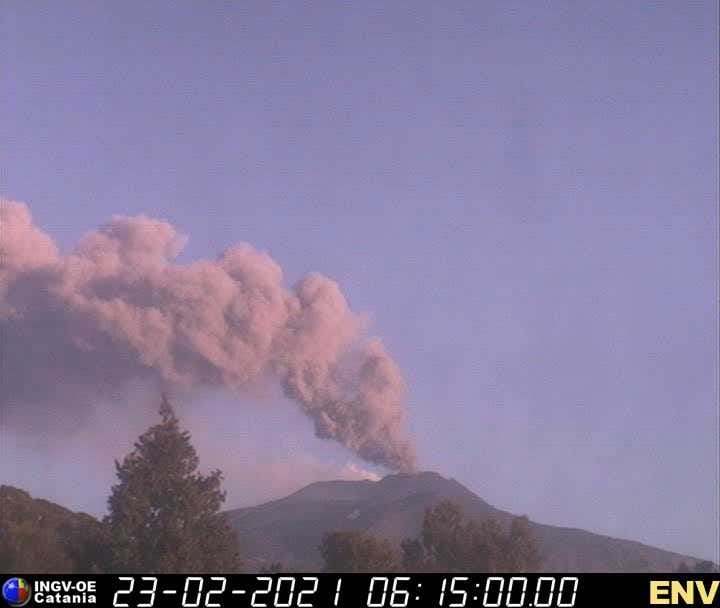 "Did I call the February 20 – 21 paroxysm of Etna incredibly powerful? Well, its successor, on the night of February 22 – 23, was MUCH more powerful," said INGV's Boris Behncke. 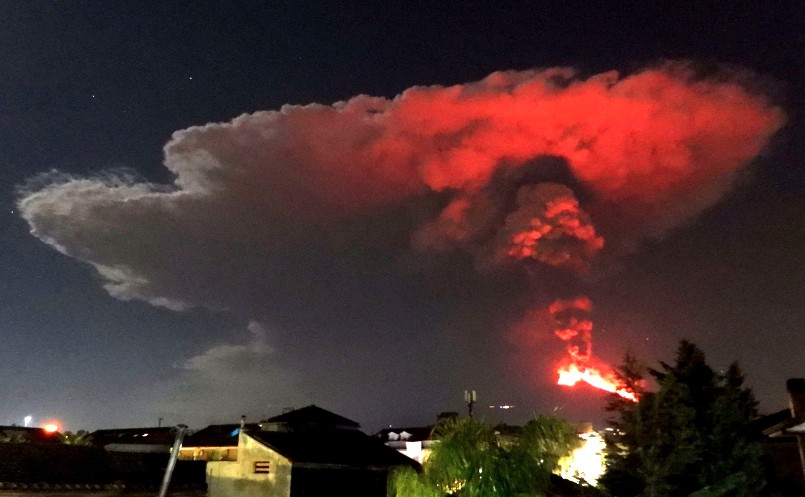