Eloise made landfall just south of the port city of Beira, Mozambique early Saturday morning (LT) on January 23. The storm peaked shortly before landfall with 1-minute sustained winds of 165 km/h (105 mph), making it a Category 2 equivalent hurricane on the Saffir-Simpson hurricane wind scale.

It left a trail of destruction in Beira, Manica, and Quelimane. The same area that was hit by the highly destructive Tropical Cyclone "Idai" in 2019, which left more than 1 300 people dead, many more missing, and over 100 000 displaced. 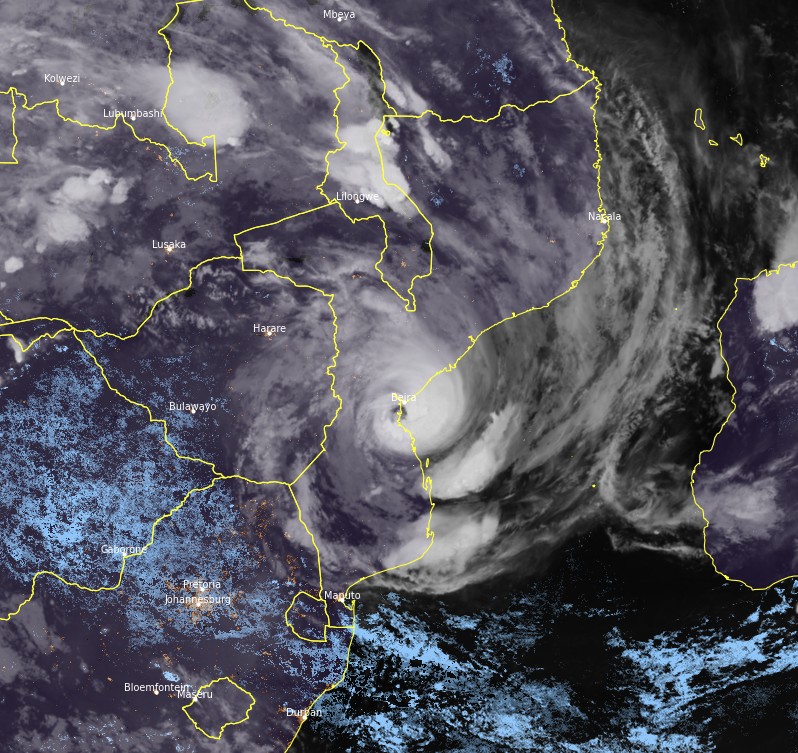 More than 270 000 people have been affected by the storm, most of them in Mozambique, according to UN OCHA.

More than 20 000 people have been displaced and 20 500 houses were damaged or destroyed in Mozambique, mainly in Sofala Province. At least 424 classrooms and 82 health centers were damaged.

With floodwaters present in multiple locations, the risk of water-borne diseases, including cholera, is high, OCHA warned.

More than 177 000 hectares (437 700 acres) of crops were flooded in Mozambique alone, which could affect upcoming harvests and undermine regional food security.