In a new study published in Space Weather journal, researchers investigated what might happen if a 'perfect' coronal mass ejection (CME) hit the Earth. Using state‐of‐the‐art computer models to simulate the worst-case solar storm, the team found that the event could be 10 times stronger than previously thought.

For years, scientists have been wondering what's the worst the Sun could do.

In 2014, a study by Bruce Tsurutani from NASA JPL and Gurbax Lakhina from the Indian Institute of Geomagnetism introduced a perfect interplanetary coronal mass ejection, stating that it could generate a magnetic storm with intensity greater than the Carrington storm.

The Carrington Event was the largest geomagnetic storm on record, which produced auroral displays as far south as the tropics.

The study found that the interplanetary shock would arrive at Earth within 12 hours, giving emergency managers a short period of time to prepare as the storm eventually hits the magnetosphere at 45 times the local speed of sound.

"It would be fast, leaving the Sun around 3 000 km/s and aimed directly at Earth. Moreover, it would follow another CME, which would clear the path in front of it, allowing the storm cloud to hit Earth with maximum force," wrote the researchers.

In response to the shock, a geomagnetic storm around twice as powerful as the 1859 Carrington storm would happen.

"None of this if fantasy," Dr. Tony Phillips of SpaceWeather.com notes,

"The Solar and Heliospheric Observatory (SOHO) has observed CMEs leaving the sun at speeds up to 3 000 km/s. And there are many documented cases of one CME clearing the way for another."

Perfect CMEs are real, he added, and it could be worse.

A new study in 2020 led by physicist Dan Welling of the University of Texas at Arlington took a new look at Tsurutani and Lakhina's perfect CME and came up with fresh conclusions.

The team discovered that geomagnetic disturbances in response to a worst-case solar storm could be 10 times more powerful than what the previous study had calculated, especially at latitudes above 45 to 50 degrees.

Welling stated that the findings "exceed values observed during many past extreme events, including the March 1989 storm that brought down the Hydro-Quebec power grid in eastern Canada; the May 1921 railroad storm; and the Carrington Event itself." 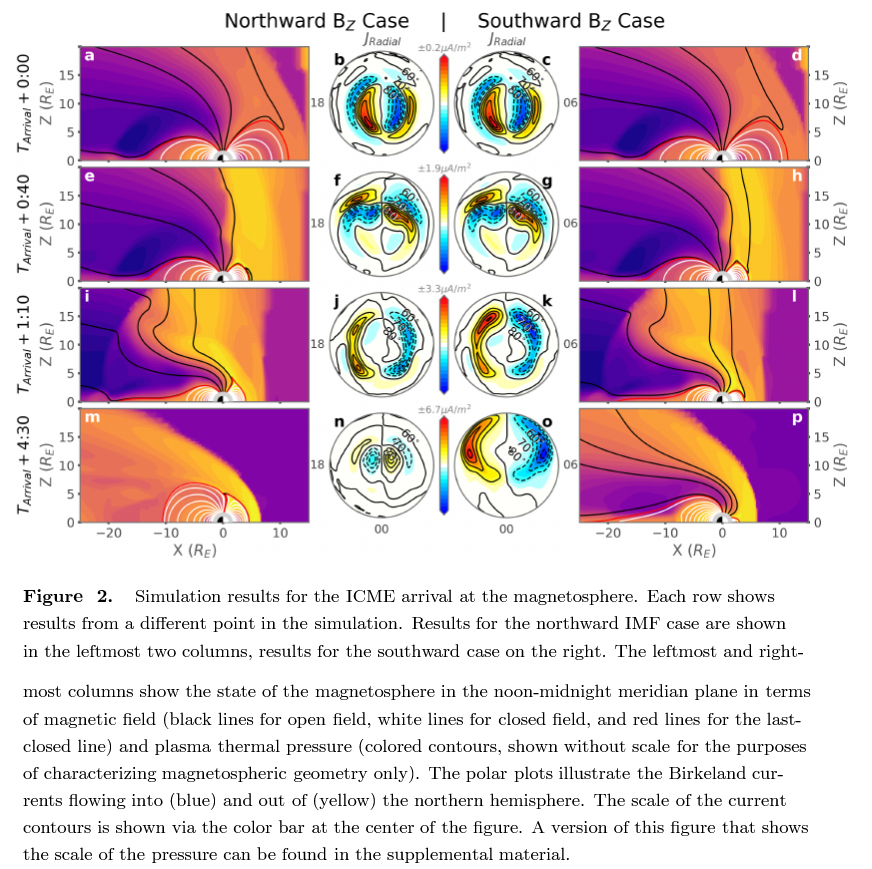 "The strike would push the magnetopause down until it is only 2 Earth-radii above our planet's surface," Dr. Phillips added.

Satellites in Earth's orbit would find themselves exposed to energetic charged particles, which could short-circuit sensitive electronics. A "super fountain" of oxygen ions rising up over the Earth's atmosphere may literally drag satellites down.

However, perfect CMEs are considered rare and since 1996, SOHO has only captured two CMEs with velocities greater than 3 000 km/s (1 860 mps). Angelos Vourlidas of Johns Hopkins University said this means that we could expect about one CME at such speeds per solar cycle.

"Further exploring and preparing for such extreme activity is important to mitigate space-weather related catastrophes," the team concluded.

Space weather can induce strong currents through the power grid, damaging and disabling the network. Previous work produced idealized estimates of the worst‐case‐scenario space weather event and its impact on Earth.

This study uses state‐of‐the‐art computer models to further investigate the worst‐case‐scenario space weather storm and the effects on the Earth's surface. The rate of change of the magnetic field, a proxy for the induced current, is calculated.

The previous work only considered the equatorial region; at mid and high latitudes, it is now found that the rate of change of the magnetic field can exceed the equatorial values by a factor of 10 or more. The latitude and longitude about the globe most strongly affected by such a storm are also investigated.

This result exceeds values observed during historic extreme events, including the March 1989 event that brought down the Hydro‐Québec power grid in eastern Canada.