Tropical Cyclone "Kimi" formed at 02:10 UTC on January 17, 2021, as the 3rd named storm of the 2020/21 Australian region cyclone season. Kimi is moving slowly south of the north tropical Queensland coast and is expected to turn southwest tonight (LT) and cross the north tropical coast on Monday, January 18 (LT).

"Kimi has been moving slowly south through today, but is expected to turn more to the southwest tonight (LT) and cross the north tropical coast on Monday, January 18 (LT)," BOM said.

"There remains considerable uncertainty with the crossing time and location. The system may intensify further over the next 24 hours and may reach category 2 before crossing." 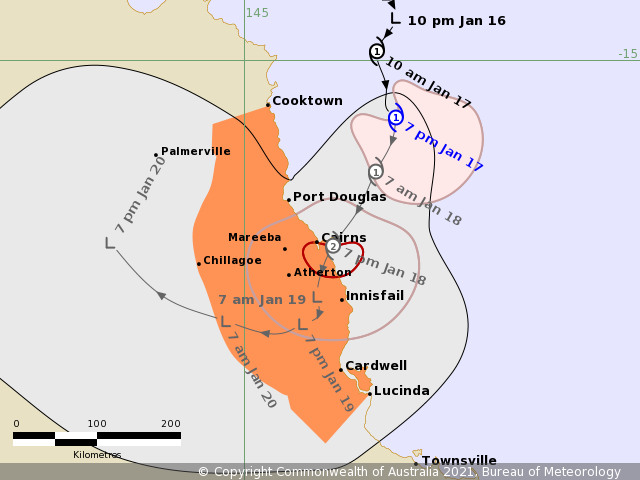 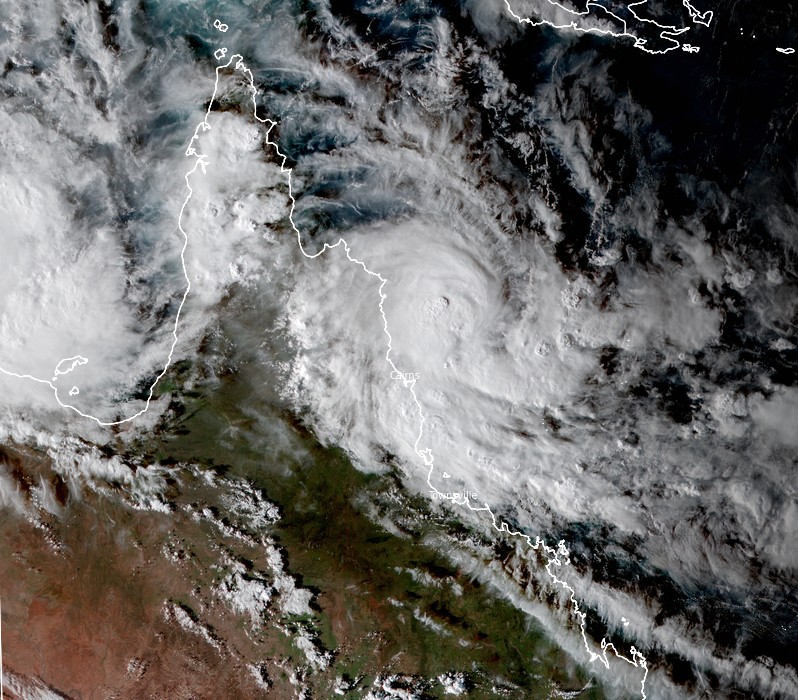 Destructive with gusts to 130 km/h (81 mph) may develop about coastal and island areas between Cooktown and Innisfail on Monday as the core of the cyclone approaches.

Gales with gusts to 120 km/h (75 mph) may develop about coastal and island areas between Cape Melville and Cardwell from early Monday morning. These gales may extend inland to Palmerville and Chillagoe on Monday as the cyclone moves inland.

Heavy rainfall is forecast to develop about coastal and adjacent inland areas between Cape Flattery and Cardwell from Sunday evening. A Flood Watch is current for this area.

Abnormally high tides are likely on Sunday night (LT) and Monday as the cyclone approaches and crosses the coast, however, they are unlikely to exceed the highest tide of the year. 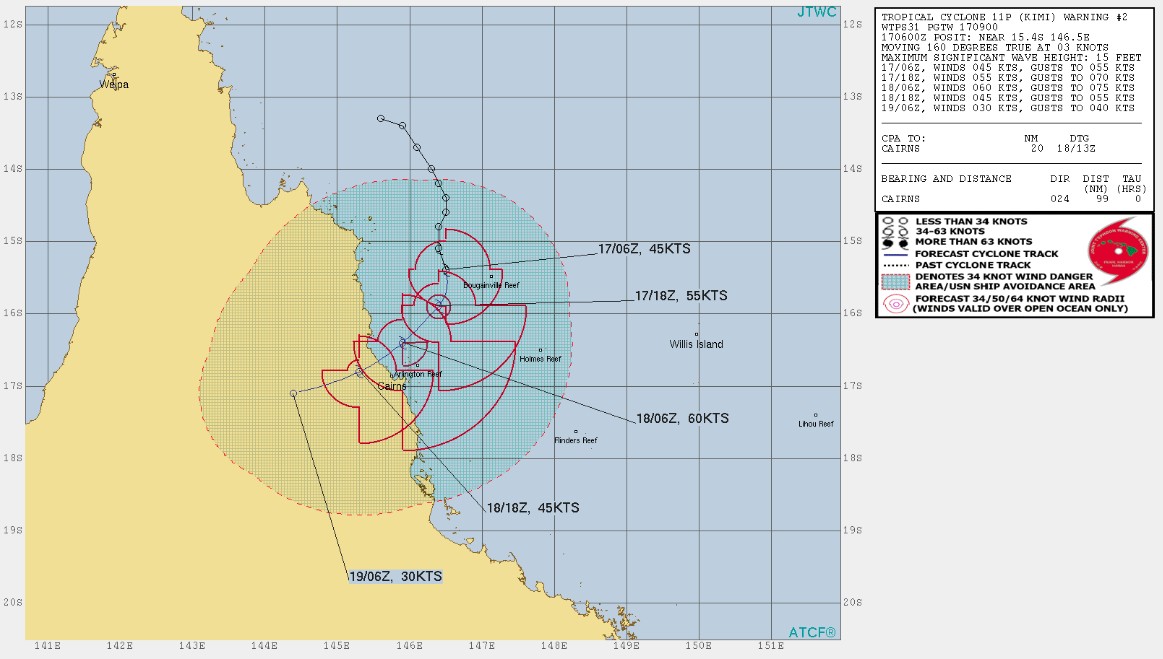