As a result, KVERT raised the Aviation Color Code to Red at 01:22 UTC.

According to visual data from Ust-Kamchatsk, explosions sent ash up to 8 km (25 240 feet) a.s.l. and an ash plume extended to the northeast of the volcano to a distance of 42 km (26 miles).

Satellite data showed an ash cloud is drifting about 130 km (81 miles) to the east of the volcano, KVERT said at 02:55 UTC, and lowered the Aviation Color Code back to Orange.

The extrusive eruption of the volcano continues.

In a daily update released on December 21, KVERT said the growth of the lava dome at Sheveluch continues, accompanied by a strong fumarolic activity, and an incandescence of the dome blocks. 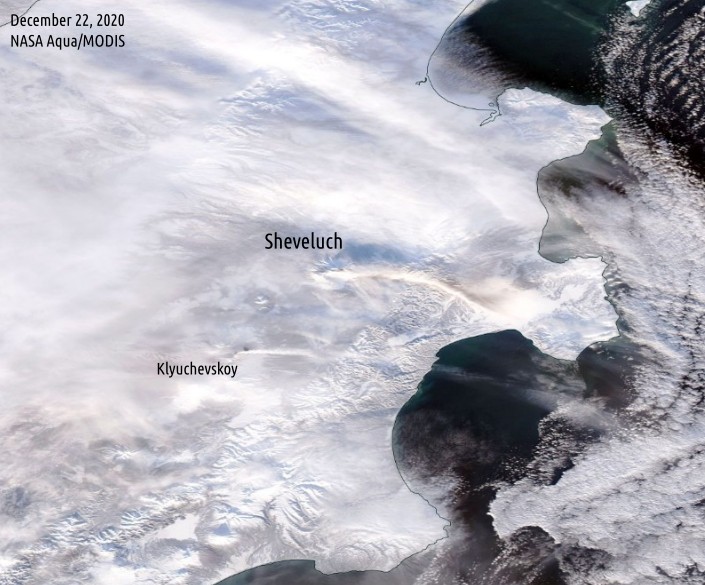 The high, isolated massif of Sheveluch volcano (also spelled Shiveluch) rises above the lowlands NNE of the Kliuchevskaya volcano group.

Frequent collapses of dome complexes, most recently in 1964, have produced debris avalanches whose deposits cover much of the floor of the breached caldera. (GVP)