Tropical Storm "Hanna" formed in the Gulf of Mexico at 03:00 UTC on July 24, 2020, as the earliest 8th named storm formation in the Atlantic on record. The previous record was held by Harvey which formed on August 3, 2005. At the same time, Tropical Storm "Gonzalo" is heading toward the Windward Islands, marking the first simultaneous Atlantic July named storms since Beryl and Chris in 2018.

A Tropical Storm Warning is in effect from the mouth of the Rio Grande to San Luis Pass, Texas.

A Tropical Storm Watch is in effect from San Luis Pass to High Island, Texas. 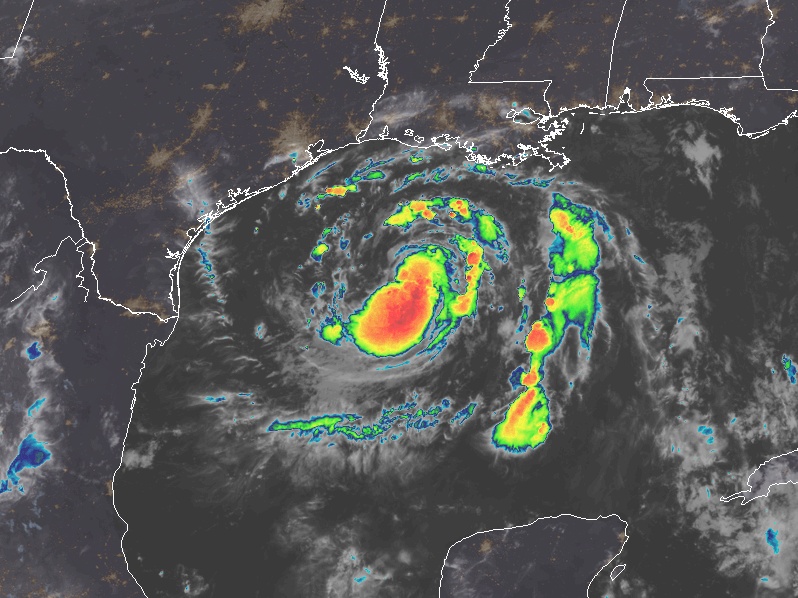 This west-northwest motion should continue on Friday, but a turn to the west is expected by Friday night as a subtropical ridge strengthens to the north of the cyclone, NHC forecaster Cangialosi noted.

This steering flow should take the center of the storm across the southern Texas coast in 36 to 48 hours. After landfall, the storm is forecast to turn southwest across extreme southern Texas and northern Mexico.

Additional strengthening seems quite likely until the storm makes landfall since it is expected to remain over the very warm Gulf of Mexico waters and in generally low wind shear conditions, Cangialosi said.

After landfall, steady weakening should commence, and the cyclone should dissipate over the rugged terrain of northern Mexico in about 4 days. 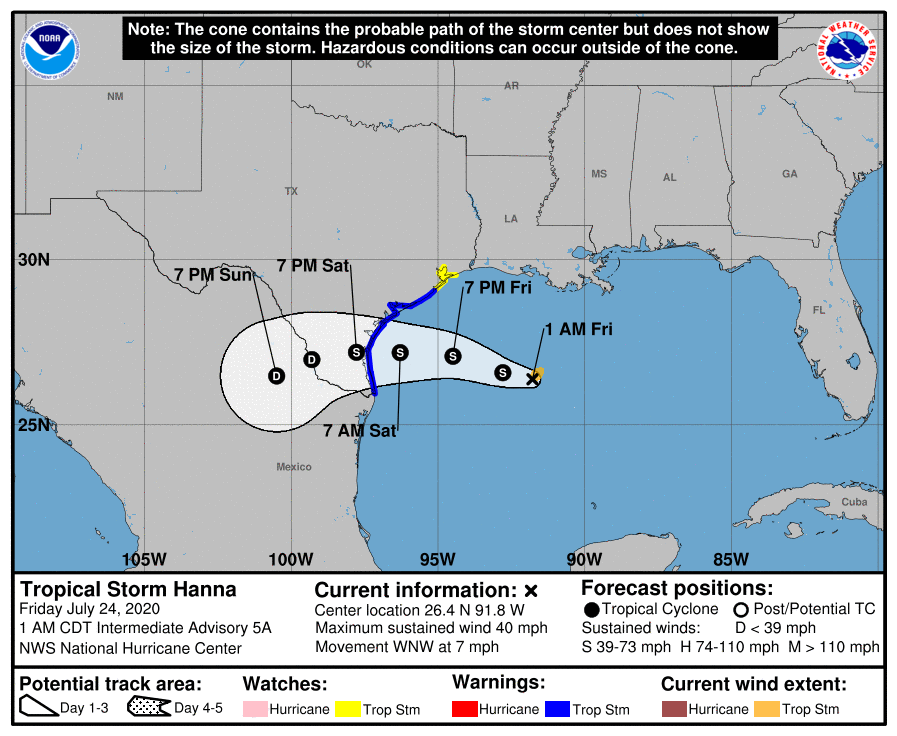 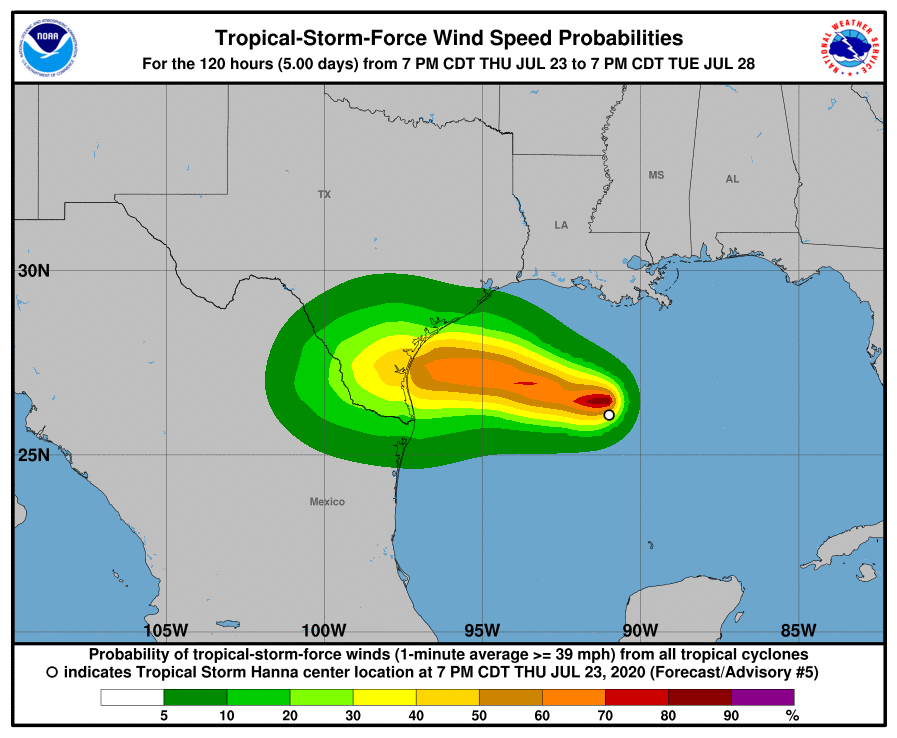 Hanna is expected to produce 75 to 125 mm (3 to 5 inches) of rain with isolated maximum totals of 250 mm (10 inches) through Monday along the Gulf Coast of the United States from Louisiana to south Texas, and inland to the Mexican states of Coahuila, Nuevo Leon, and northern Tamaulipas.

This rain may result in life-threatening flash flooding, rapid rises on small streams, and isolated minor to moderate river flooding.

Swells generated by Hanna are expected to increase and affect much of the Texas and Louisiana coasts during the next few days. These swells are likely to cause life-threatening surf and rip current conditions.