It is worth mentioning that the city is situated near Mount Damavand– a dormant volcano sitting around 70 km (43 miles) northeast of Tehran. Its last known eruption was way back 5 350 BC. 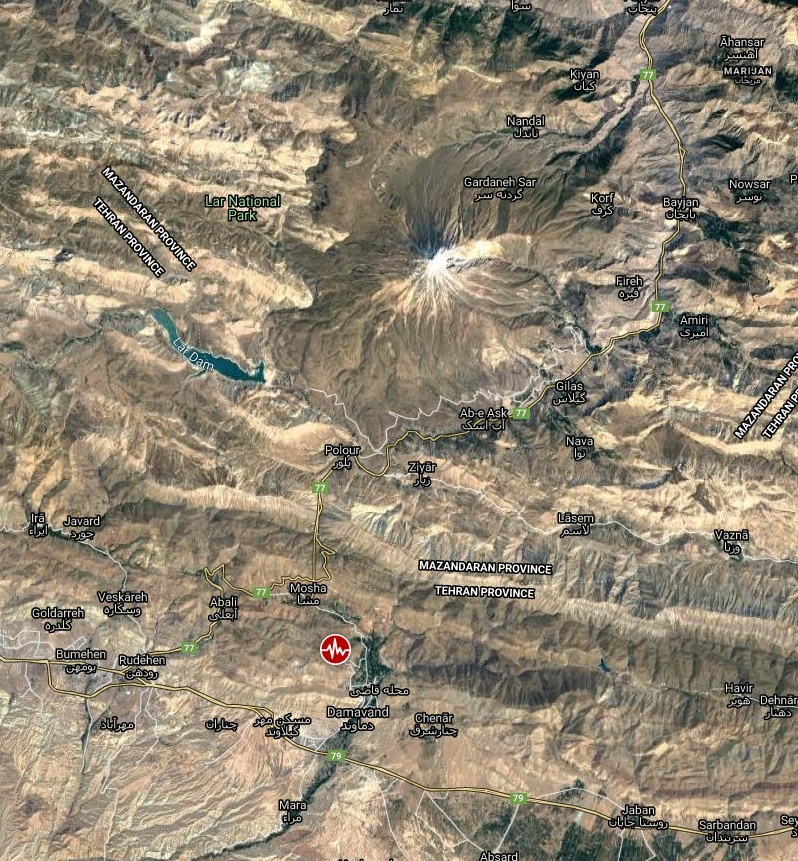 No significant damage was reported. However, the tremor caused panic among residents, which resulted in two deaths and around 33 people injured, local media reported. 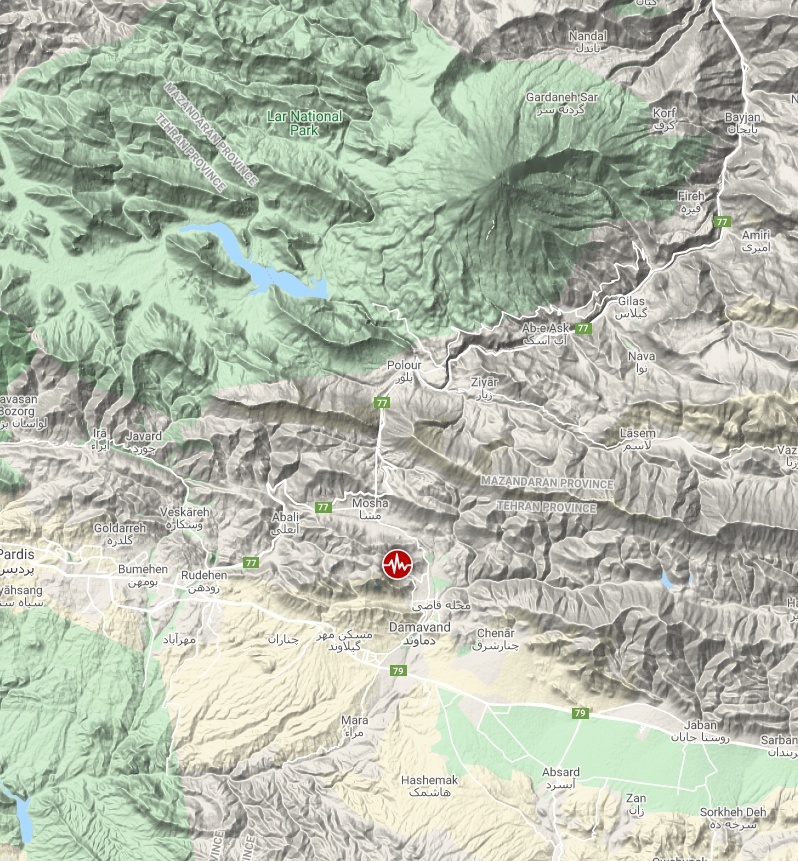 Many people described the experience as terrible. "I was sleeping [then] suddenly I woke up and felt the earthquake. It was so dangerous because of the old buildings [in the area]," one witness said in a testimonial posted on EMSC.

Another local said he ran to the door as he felt the jolt two times, "the first one was weaker, [while] the second was one stronger and took longer."

"I felt it. [It] scared us, so we had to run away to [the] street," another witness stated. 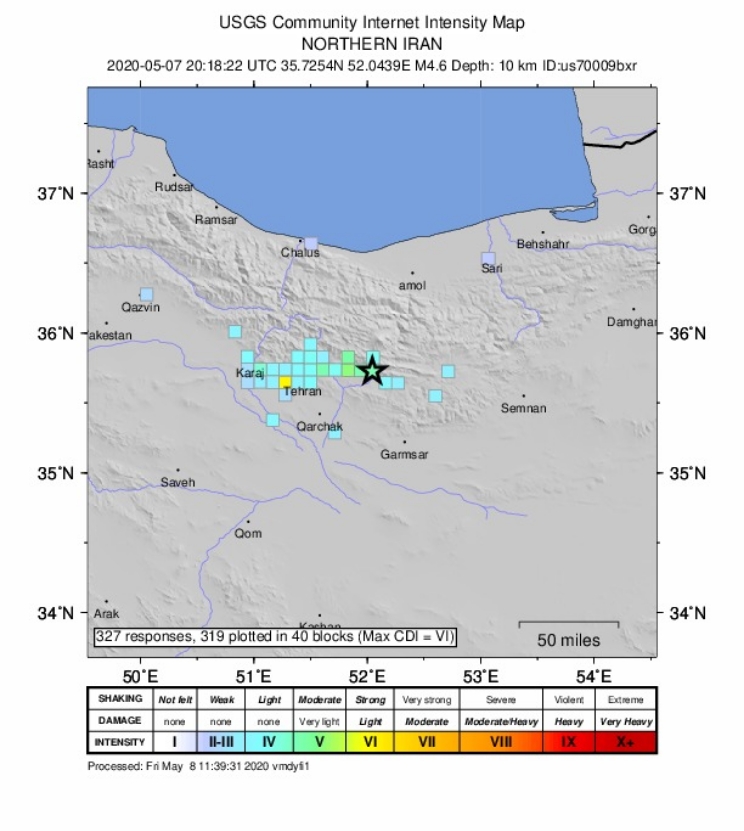 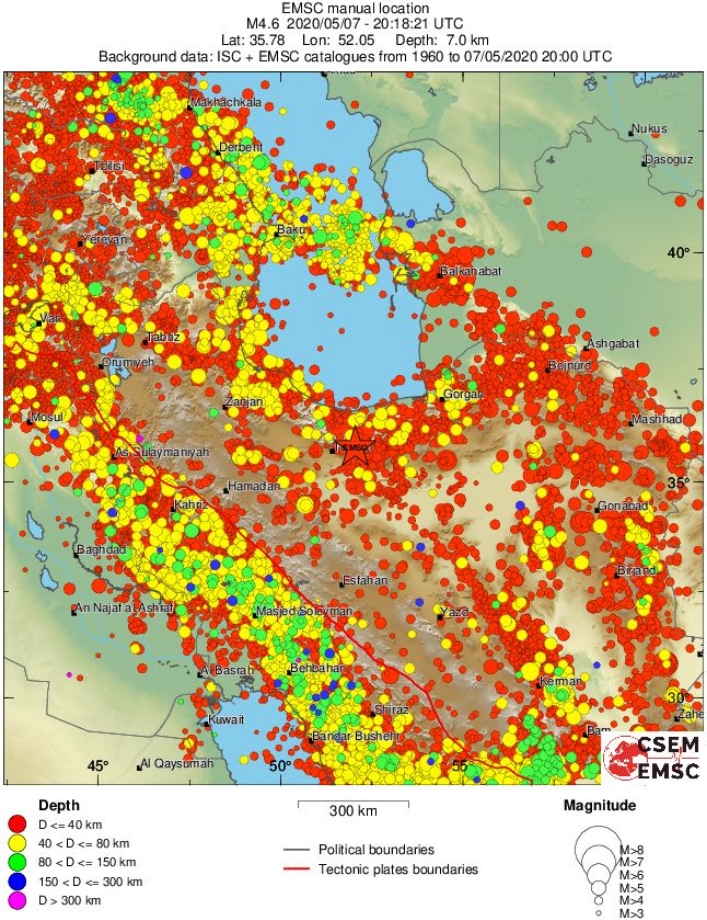 Images on social media showed people in the streets of Tehran as they tried to escape from the tremor.

Several people in Damavand, Gilavand, Boom-e Hen, Roode Hen, Pardis, the metropolis of Tehran, and some other nearby cities spent the night outdoors in fear of stronger aftershocks.

Officials advised them to observe social distancing amid the COVID-19 pandemic. As of May 8, coronavirus has infected 104 691 and killed  6 541 in the country.

Iran sits on top of major tectonic plates and is one of the most seismically active nations in the world.

May 8—#Iran
Scenes of people rushing to gas stations in fear of shortages following the 5.1 magnitude earthquake shaking the Iranian capital of Tehran and mainly areas east of the city. pic.twitter.com/1vh85EaCa9

#Tehran #Earthquake photos of people waiting in the street in the early hours by IRNA. May 8 (Thr time) #زلزله_تهران #زلزله#Iran pic.twitter.com/mVS15DCLzC

#BREAKING : After an earthquake of magnitude 5.1 in the Iranian province of Tehran, a number of residents of Tehran and Karaj spent the night on the street. pic.twitter.com/upufXnXf5F