2017 Hurricane "Harvey" ranks first on the top 10 most extreme weather events in the U.S. this decade, according to new research published in journal Weatherwise.

Coming in second is 2012 'Frankenstorm' Hurricane "Sandy," followed by deadly Hurricane "Maria" which battered the Dominican Republic, the U.S. Virgin Islands, and Puerto Rico also in 2017.

Harvey clinched the top spot as the Category 4 storm was the wettest on record, submerging much of Houston. The storm, which devastated Texas and Louisiana, was also the second-costliest in U.S. history at 125 billion dollars.

Meanwhile, Sandy and Maria ranked third and fourth on the most costly storm, respectively, and fifth was Hurricane "Irma" which also placed fourth in the overall extreme weather list.

The rankings were based on information from the National Oceanic and Atmospheric Administration's (NOAA) National Hurricane Center (NHC) and the National Centers for Environmental Information (NCEI).

All of the ten weather events in the list killed more than 4 000 people, caused numerous injuries, and left damages amounting to 400 billion dollars. The impacts of some disasters are still felt in the present, including in New York City where the subway repair has been ongoing for more than seven years now after Sandy.

Retired meteorologist Douglas LeComte, who had more than 40 years of experience writing about global weather, was the one who conducted the research.

The results highlight the significance of monitoring extreme weather particularly at a time of climate change, he said.

"Many disasters, such as powerful hurricanes, massive wildfires, unprecedented droughts, and record-smashing heat waves, have devastating consequences, not just in North America, but elsewhere as well."

He added that on a positive note, "fatalities from global weather events are down due to improved forecasts, warnings, and evacuation efforts, plus better building construction."

The rankings were carried out depending on each weather event's fatality and injury count, cost, size of the disaster, and rarity according to meteorological standards.

Some of the events that made it to the list included wildfires, droughts, and tornadoes. In addition to the top 10, LeComte featured six other events that he said could have made the shortlist.

These events were the 2019 Missouri River and North Central flooding that engulfed massive areas of crops and towns, as well as the 2010 North American 'Snowmageddon' which paralyzed the Northern U.S. 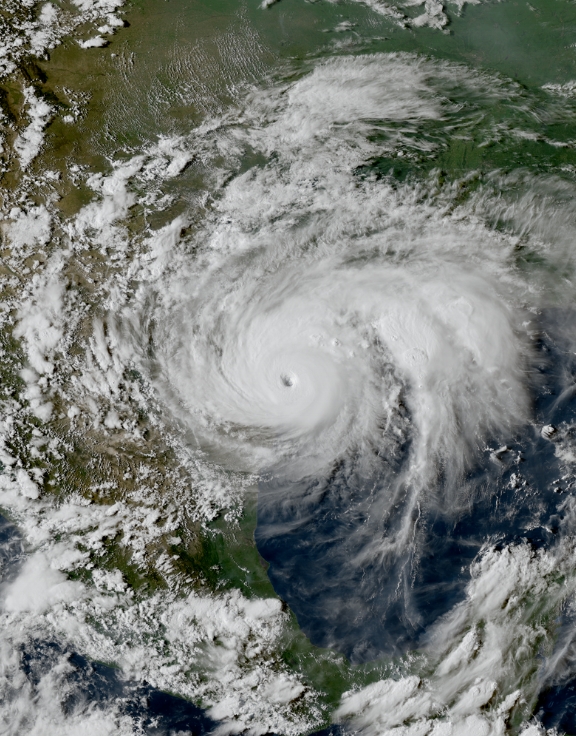 Every year that goes by seems to bring a new round of record-breaking weather events, many with devastating consequences. Powerful hurricanes that bring large economic and human losses, massive wildfires, floods and droughts, and record-smashing heat waves. We often talk here at Weatherwise about the need to track these events to gauge how our climate is shifting in a warming world. As we enter the next decade of the 21st century, we wanted to take a look back at some of the biggest weather stories in the United States and their impacts. There were, of course, more events than we could include in an article of this size, but there are a few historical events that stand out from the perspective of costs, deaths, injuries, size, and meteorological rarity. Hurricane cost data come from the January 26, 2018, National Hurricane Center's “Costliest tropical cyclones tables updated.” Additional cost and impact data come from the NOAA National Centers for Environmental Information's U.S. Billion-Dollar Weather and Climate Disasters (2019).