A team of Japanese researchers– using data from the Atacama Large Millimeter/submillimeter Array (ALMA)– discovered that galactic cosmic rays affect the chemical reactions involved in the formation of organic molecules bearing nitrogen on the atmosphere of Saturn's moon Titan. The findings were the first observational confirmation of such processes, contributing to the understanding of the moon's complex environment.

Saturn's largest moon has a unique atmosphere, with a number of organic molecules that produce a pre-biotic environment. It is a carbon-rich, oxygen-poor moon with a wide range of organic and inorganic compounds, atmospheric energy sources, and liquid hydrocarbon lakes and seas.

Furthermore, this moon is the only planetary body in the Solar System– aside from Earth– where rainfall and seasonal liquids cause the landscape to erode.

University of Tokyo scientist and study lead author Takahiro Iino, along with his team, revealed the chemical processes in Titan's atmosphere using ALMA, finding faint but firm signals of acetonitrile and its rare isotopomer.

"We found that the abundance of 14N in acetonitrile is higher than those in other nitrogen-bearing species such as HCN and HC3N," he said. "It well matches the recent computer simulation of chemical processes with high energy cosmic rays."

There are two major players in the chemical processes of the atmosphere– the ultraviolet light from the Sun and cosmic rays from outside the Solar System. 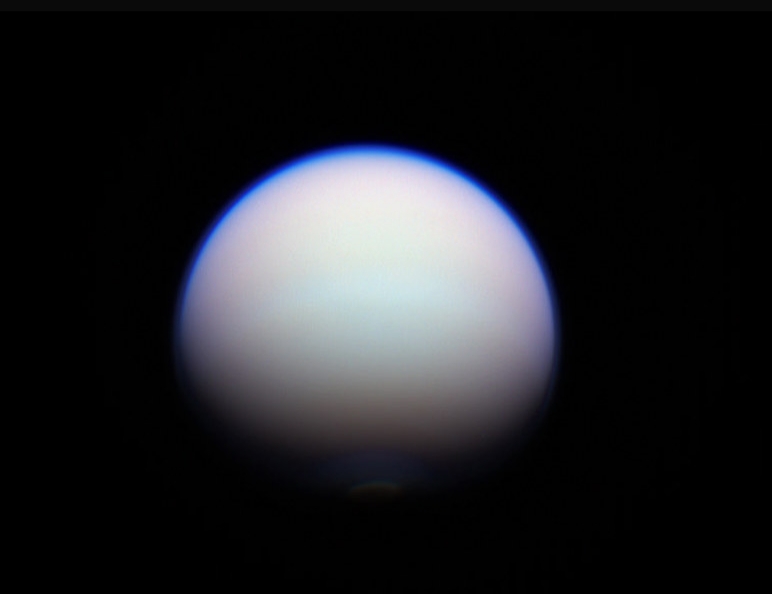 "In the upper atmosphere, UV light selectively destroys nitrogen molecules containing 15N because the UV light with the specific wavelength that interacts with 14N is easily absorbed [in] that altitude," the researchers explained.

"Thus, nitrogen-bearing species produced at that altitude tend to exhibit a high abundance of 15N. On the other hand, cosmic rays penetrate deeper and interact with nitrogen molecules containing 14N. As a result, there is a difference in the abundance of molecules with 14N and 15N."

The team also revealed that acetonitrile in the stratosphere is more abundant in 14N than those of other nitrogen-bearing molecules previously measured.

"The process could be universal, so understanding the role of cosmic rays in Titan is crucial in overall planetary science." 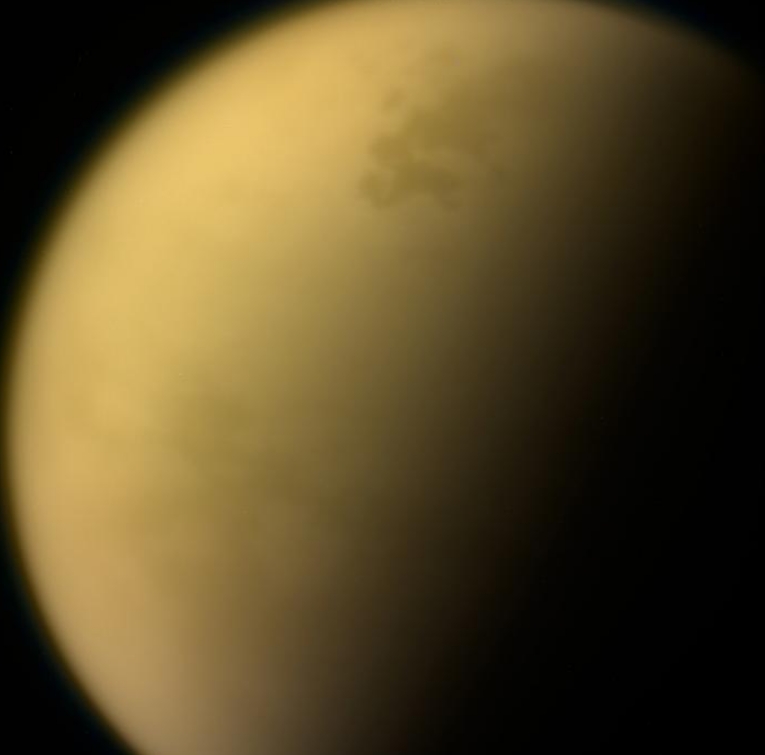 Each of the nitriles present in the atmosphere of Titan can be expected to exhibit different \ce{^{14}N/^{15}N} values depending on their production processes, primarily because of the various \ce{N2} dissociation processes induced by different sources such as ultraviolet radiation, magnetospheric electrons, and galactic cosmic rays. For \ce{CH3CN}, one photochemical model predicted a \ce{^{14}N/^{15}N} value as 120–130 in the lower stratosphere. This is much higher than that for \ce{HCN} and \ce{HC3N}, ∼67–94. By analyzing archival data obtained by the Atacama Large Millimeter/submillimeter Array (ALMA), we successfully detected submillimeter rotational transitions of \ce{CH3C^{15}N} (J = 19–18) locate at the 338 GHz band in Titan's atmospheric spectra. By comparing those observations with the simultaneously observed \ce{CH3CN} (J = 19–18) lines at the 349 GHz band, which probe from 160 to ∼400 km altitude, we then derived \ce{^{14}N/^{15}N} in \ce{CH3CN} as 125+145−44. Although the range of the derived value shows insufficient accuracy due to data quality limitations, the best-fit value suggests that \ce{^{14}N/^{15}N} for \ce{CH3CN} is higher than values that have been previously observed and theoretically predicted for \ce{HCN} and \ce{HC3N}. This may be explained by the different \ce{N2} dissociation sources according to the altitudes, as suggested by a recent photochemical model.