The Daniel K. Inouye Solar Telescope (DKIST)– the world's largest solar telescope built on Haleakala, Hawaii– took its first image of the Sun with the highest-resolution to date, revealing small magnetic structures in astonishing detail. Scientists are hopeful that this accomplishment will lead to a leap forward in understanding the Sun and how it affects Earth.

Solar activity or space weather can have impacts on the systems on Earth. For instance, solar magnetic eruptions can affect air travel, disrupt satellite communications, and knockdown power towers which result in long-term outages and disabled GPS.

The first images from the National Science Foundation's DKIST provided a close-up view of the Sun's surface, showing honeycomb-like patterns of turbulent, boiling plasma that surrounds the entire star.

"Up to now, we've just seen the tip of the iceberg," said Inouye director Thomas Rimmele in a news conference on Friday, January 24.

The cell-like structures– each roughly the size of Texas– indicates the violent motions that carry heat from the Sun's interior to the surface. The hot plasma rises in the cells' centers, cool off and then sinks below the surface– a process called convection.

"Since NSF began work on this ground-based telescope, we have eagerly awaited the first images," said NSF director France Cordova,

"We can now share these images and videos, which are the most detailed of our Sun to date. NSF’s Inouye Solar Telescope will be able to map the magnetic fields within the Sun’s corona, where solar eruptions occur that can impact life on Earth." 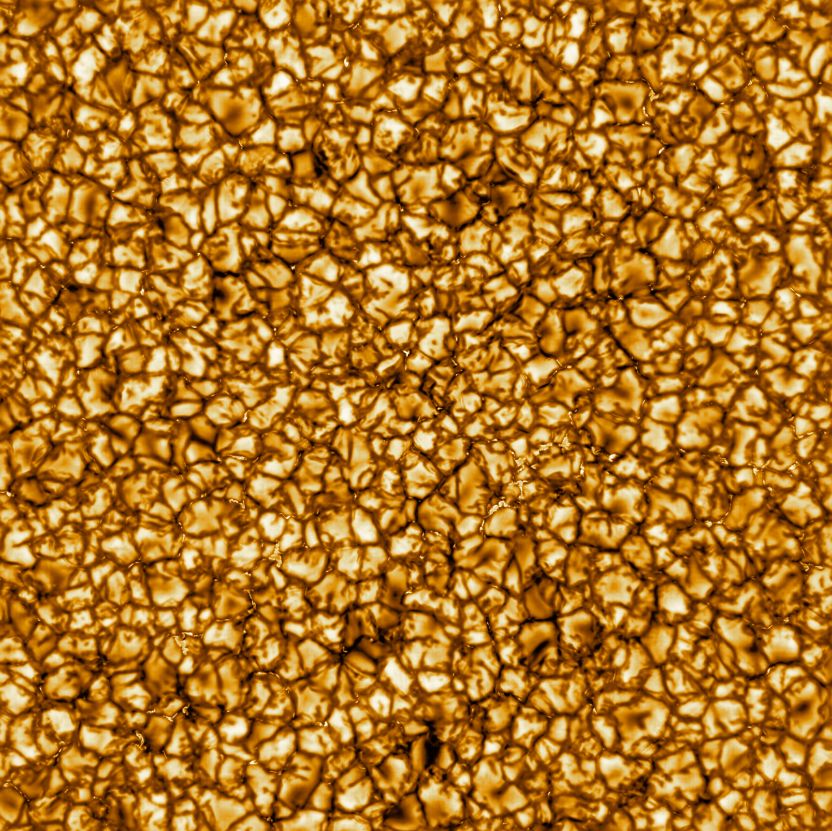 The Sun burns around 5 million tons of hydrogen fuel every second, and all that energy radiates into space in all directions. The tiny portion that reaches the Earth makes life possible on the planet.

"On Earth, we can predict if it is going to rain pretty much anywhere in the world very accurately, and space weather just isn’t there yet," said Matt Mountain, president of the Association of Universities for Research in Astronomy, which manages the DKIST.

"Our predictions lag behind terrestrial weather by 50 years, if not more. What we need is to grasp the underlying physics behind space weather, and this starts at the Sun, which is what the Inouye Solar Telescope will study over the next decades"

Solar magnetic fields regularly get tangled by the motions of the Sun's plasma, and these twisted magnetic fields can generate solar storms that can pose risk to Earth's technologies.

The telescope can measure and characterize the Sun's magnetic field in unprecedented detail, spotting the causes of potentially dangerous solar activity.

"It's all about the magnetic field," Rimmele explained, adding that unraveling the Sun's biggest mysteries does not only entail observing the tiny structures but also accurately measuring the magnetic field strength and direction near the surface, as well as trace the field as it extends out into the Sun's outer atmosphere or corona. 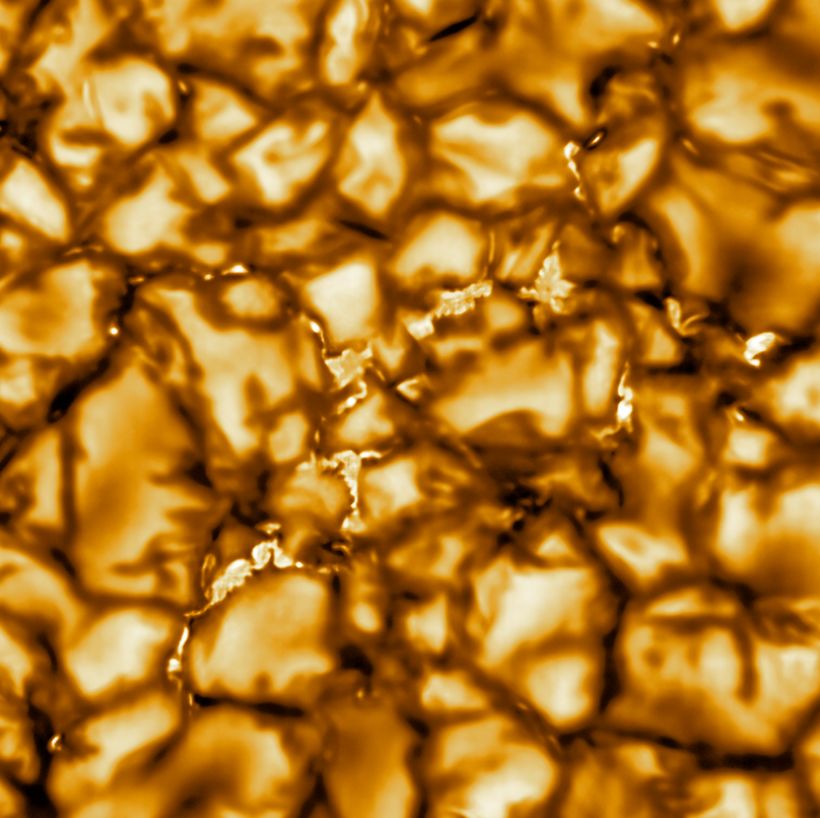 Understanding the source of potential hazards also lets governments and utilities improve preparations for inevitable space weather events. With early notifications of potential impacts, there will be more time to safeguard power grids and critical infrastructure, as well as put satellites into safe mode.

The solar ground-based telescope combines a 4 m (13 feet) mirror, the world's largest for a solar telescope, with exceptional observing conditions at the Haleakala summit, about 3 048 m (10 000 feet) high.

"With the largest aperture of any solar telescope, its unique design, and state-of-the-art instrumentation, the Inouye Solar Telescope, for the first time, will be able to perform the most challenging measurements of the Sun," said Rimmele.

"After more than 20 years of work by a large team devoted to designing and building a premier solar research observatory, we are close to the finish line. I’m extremely excited to be positioned to observe the first sunspots of the new solar cycle just now ramping up with this incredible telescope.

"The Inouye Solar Telescope will provide remote sensing of the outer layers of the Sun and the magnetic processes that occur in them. These processes propagate into the solar system where the Parker Solar Probe and Solar Orbiter missions will measure their consequences," said Valentin Pillet, director of NSF's National Solar Observatory.

"Altogether, they constitute a genuinely multi-messenger undertaking to understand how stars and their planets are magnetically connected."

NSF program director David Boboltz remarked that this is just the beginning, stating that the DKIST's team will continue testing and commissioning the telescope. The DKIST will gather more data about the Sun during its first five years than all the solar information acquired since Galileo first aimed a telescope at the Sun in 1612.