The government of Madagascar has declared a national emergency on Monday, January 27, 2020, following days of intense downpour that triggered widespread flooding and devastations across the country. The severe weather has so far claimed 31 lives, displaced more than 16 000 people and affected nearly 107 000 since January 20.

As a result, several national roads have been closed and wide swaths of crops were ravaged.

According to the National Office for Risk and Disaster Management (BNGRC), more than 10 000 homes have been inundated, with 46 totally destroyed, including 24 in Boeny, 12 in Betsiboka, and seven in Analamanga.

President Andry Rajoelina toured the affected areas across the island on Friday, January 24, and called it "a day of devastation".

While many trapped individuals had been rescued by boats and helicopters, Rajoelina said there are still more victims in dire need of aid and relief.

The government has provided food, water, and medicine to residents, amid warnings of hunger and rising food prices due to flooded rice fields.

Moreover, the ACT Madagascar Forum Member FJKM or the Church of Jesus Christ in Madagascar– the second biggest Christian denomination in the country– have also started volunteering in assistance to the afflicted population.

The period of heavy downpour is in part due to a series of tropical disturbances that headed eastward across Madagascar over the past seven days, said The Weather Channel. Two such disturbances became tropical cyclones to the east of the island. 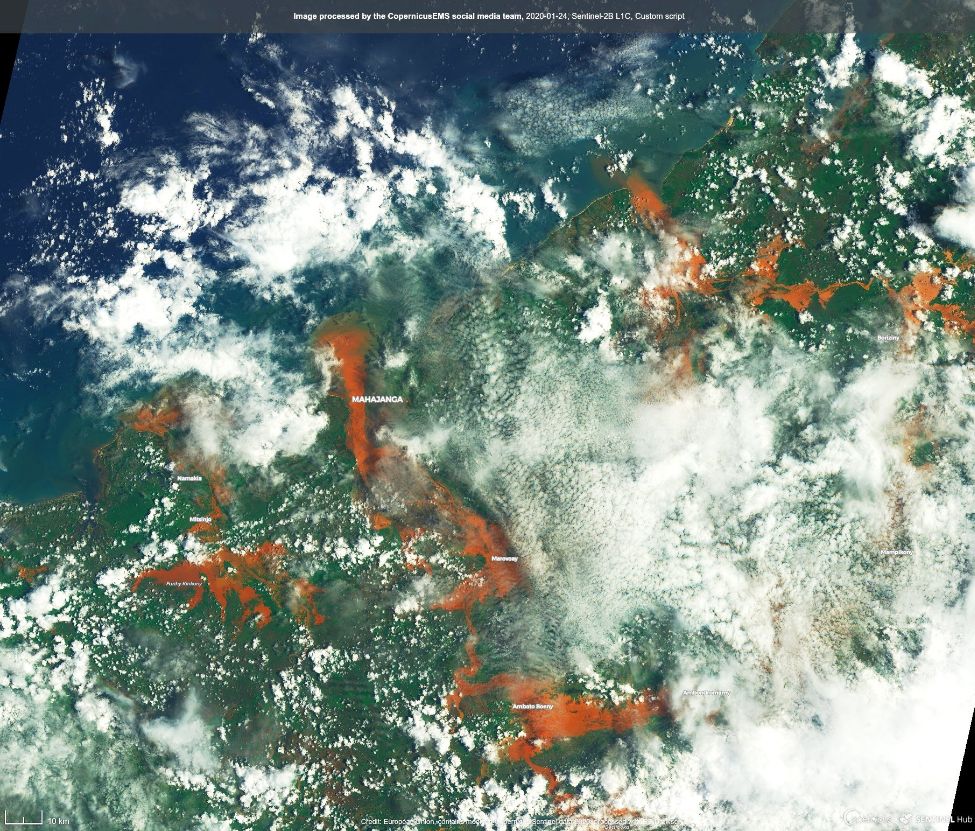