Betelgeuse, one of the brightest stars in the night sky, has been dramatically dimming recently, indicating that it's about to enter its last phase of life before finally exploding into a supernova. Some scientists believe that Betelgeuse may be ready to go supernova anytime between now and 100 000 years from now, making it as bright as the moon, or even brighter, for weeks

Betelgeuse is a red supergiant located in the constellation Orion, believed to be between eight to nine million years old. It is also one of the largest nearby stars visible to the naked eye, with a radius of about 900 times the Sun. This is a pulsating variable star, which means it changes its brightness in semi-regular cycles.

However, from the ninth brightest star in the night sky, Betelgeuse has recently fallen to 23rd.

Stars brighten and dim regularly, but dimming rapidly that does not let up is typically a sign that a star is cooling down and expanding, just before it explodes.

The star's dimming has opened a new opportunity to examine the life cycle of stars that are approaching their death, but we've been able to study only a few stars before they went supernova and none at such close range.

Studying more about what Betelgeuse looked like and how it acted before the supernova would help us better characterize red supergiants across the galaxy, and perhaps help in forecasting when one might explode.

Betelgeuse's close proximity to Earth makes it perfect to peer at with smaller instruments. New observations, however, mean some groups are now bringing out more powerful telescopes for follow-up observations. 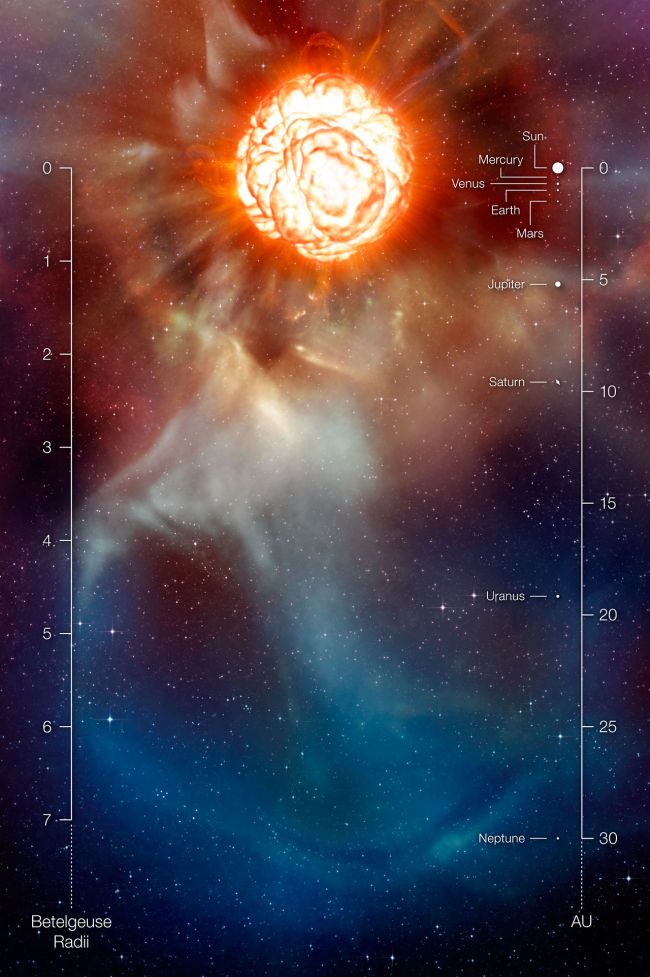 Artist’s visualization shows Betelgeuse as it was revealed by new observation techniques with ESO's Very Large Telescope, leading to the sharpest-ever looks at the star. Image credit: ESO/L. Calçada

Another reason behind its dimming is that it may be shedding dust that's obscuring the starlight, making it seem as if it's giving off less light.

According to Edward Guinan, an astronomer at Villanova University who led the first report of the star's dimming, Betelgeuse's luminosity has dropped about 20%. The star has noticeable expanded and cooled since October. "The results should be coming out pretty fast," he said.

Guinan and a colleague, amateur astronomer Rick Wasatonic, have been studying Betelgeuse for 25 years and were about to end their observations in 2019 until the dimming happened. "I guess it looks like we’ll keep at it for longer."

If the star becomes a supernova, Betelgeuse would possibly be as bright as the moon, or even brighter, for weeks. At 650 lightyears away, it is now the nearest candidate for a supernova.

This also means that if people see Betelgeuse explode, the supernova actually took place more than 600 years ago, and humans are only observing it now.

"It'd be brilliant. The star would be so bright that it would make it difficult to see other stars near it," said Guinan.

"There really haven't been close observations of them [supernovae] before they go off," he added, explaining that while some think there would not be any visible changes in the star until hours before it blows up, others believe it would begin to dim a year before exploding. "There's no true consensus."

Sarafina Nance, an astronomy graduate student who studies Betelgeuse and stellar explosions at UC Berkeley, said the real question is when the star will explode as a supernova.

Both Nance and Guinan said while it's likely that Betelgeuse may explode anytime between now and 100 000 years, it could also be a false alarm. "We could absolutely be wrong," Nance said.

"I do think that this is more indicative of really interesting physics that's going on with the star rather than an imminent explosion," she continued. "If it does explode and we're wrong, awesome. I would love to be wrong. I would love to see that." Nance said while no one is exactly sure why this fainting is happening, it could be caused by instabilities within Betelgeuse.

Guinan, on the other hand, said it seems likely that this dimming does not indicate a pre-supernova phase, and can be explained in another way. 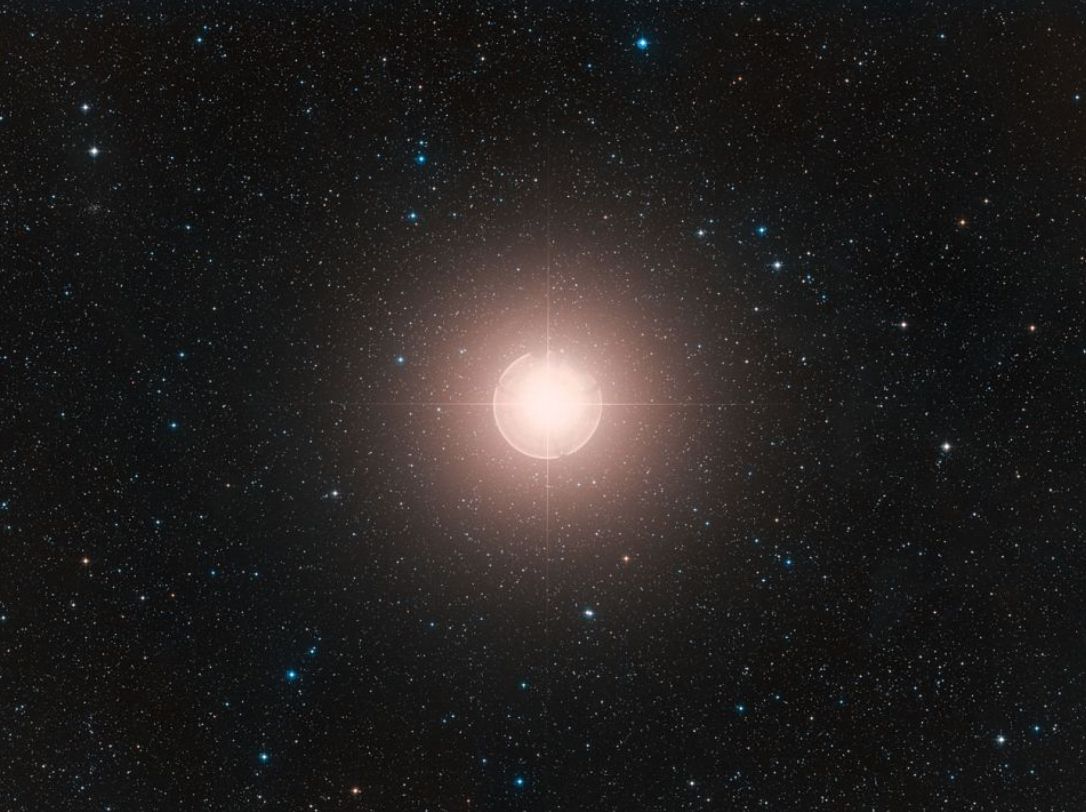 Nance added that this extreme dip in brightness could also be attributed to magnetic activity on the star. However, it is difficult to model that activity through simulations. The lack of a nearby explosion might make Betelgeuse seem less interesting, but Nance thought just the opposite.

While both Nance and Guinan think the dimming is most likely due to some interesting stellar physics, both also agree that an explosion in our lifetime is possible.

"We don't know what's going to happen. There are absolutely limits to our models. I'm gonna look up at the night sky and check that it's still there every time I go outside," Nance noted.

It's "kind of neat to see astrophysics or astronomy and stellar evolution in action," said Guinan. "Changes are usually so slow that you can't observe them."

Regardless of the outcome, astronomers will have their telescopes trained on the Orion constellation, hoping to catch glimpse of the cosmic event.

Leave a Reply to b underwood Cancel reply