The panel agreed that SC25 will be average in intensity and similar to Solar Cycle 24 (SC24).

Additionally, the panel concurred that solar minimum between cycles 24 and 25 will occur in April 2020 (+/- 6 months).

If the solar minimum prediction is correct, this would make SC24 the 7th longest on record (11.4 years). 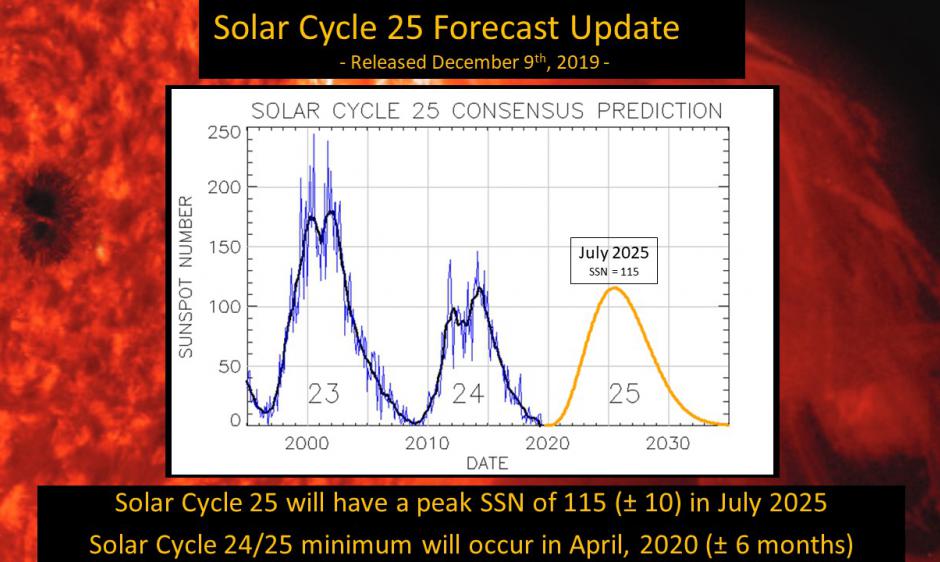 In their preliminary forecast, released in April 2019, panel scientists said SC25 is likely to be weak, much like the current one (SC24).

"SC25 may have a slow start, but is anticipated to peak with solar maximum occurring between 2023 and 2026, and a sunspot range of 95 to 130. This is well below the average number of sunspots," they said back in April, adding that 'the panel has high confidence that the coming cycle should break the trend of weakening solar activity seen over the past four cycles.'

"The expectation that SC25 will be comparable in size to SC24 means that the steady decline in solar cycle amplitude, seen from cycles 21-24, has come to an end and that there is no indication that we are currently approaching a Maunder-type minimum in solar activity."

Solar Cycle 24 reached its maximum – the period when the Sun is most active – in April 2014 with a peak average of 82 sunspots. The Sun’s Northern Hemisphere led the sunspot cycle, peaking over two years ahead of the Southern Hemisphere sunspot peak.