Hundreds of earthquakes have been registered near the Askja caldera, in an area approximately 10 km (6 miles) east-northeast from the rim, at the depths around 5 km (3 miles) over the past couple of days. The last eruption of this volcano took place in 1961 (VEI 2).

Over 550 small quakes have been recorded during the past five days.

"This earthquake swarm continues to appear to be only tectonic in nature and there are no signs of magma movement in the shallow levels of the crust on nearby SIL stations. It is not possible to know for sure what is happening in deeper levels of the crust," Jón Frímann Jónsson of Iceland Geology said November 10.

"There is a chance this earthquake swarm is going to increase before this activity slows down. What happens next depends on the built-up stress levels in the crust in Askja volcano." 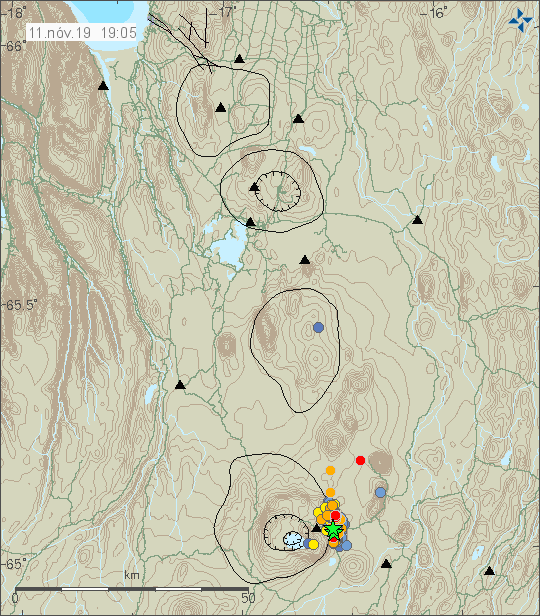