At least 44 people have been killed as heavy rain and severe flooding continues affecting Tanzania. A third severe weather alert for this month has been issued by the Tanzania Meteorological Agency (TMA) on Thursday, October 24, 2019, warning locals of more downpour ahead. Bridges and roads have been partially or totally destroyed, resulting in major traffic disruption in the region.

Tanga regional police commander Edward Buokombe reported that the four additional victims, including three children, were killed by raging floods in different parts of the Handeni district over the past couple of days. 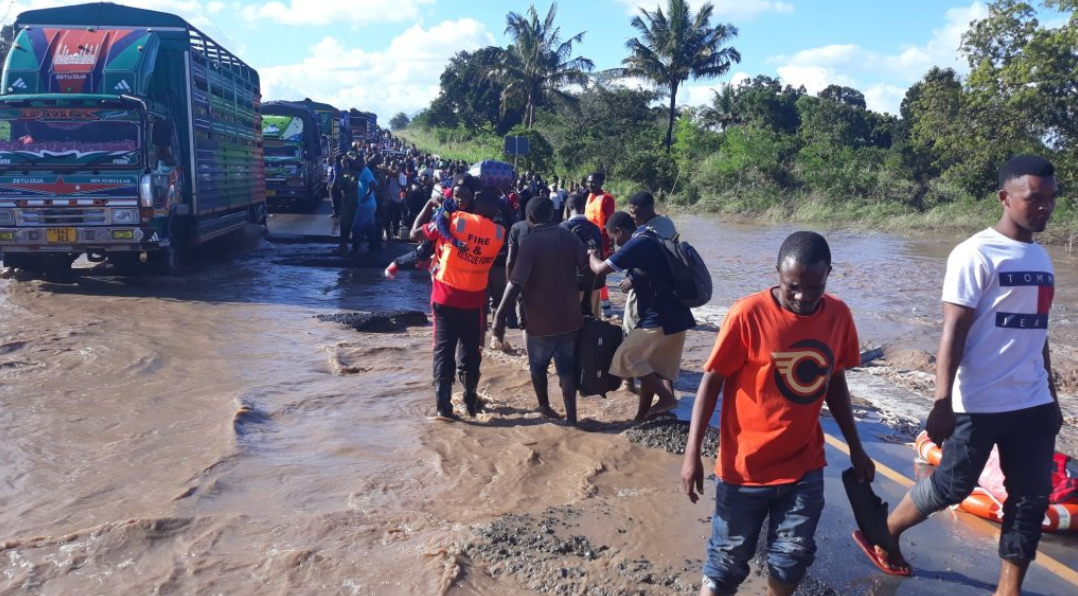 The numbers rose to 20 as fatalities were reported in Morogoro and Tanga regions from October 12.

On October 13, roads and brides in parts of Pwani and Tanga regions were reportedly damaged.

By October 17, the number of fatalities had increased to 29.

More than a week later, on October 26, at least 10 fatalities were confirmed in the Sindeni area of the Handeni district, Tanga region.

Tanga district officials have confirmed on October 28 that transport disruptions have impeded businesses through the decreased movement of people and goos. Unprecedented rains are also feared to impact farmers as many agricultural fields and crops have been ravaged.

"If the rains persist, people may even fail to reach the markets or travel buy the essential agricultural inputs for the coming farming season," said William Makufw, the executive director of the Handeni District.

Up to 15 bridges in the roads managed by the Tanzania Rural and Urban Roads Agency (Tarura) were struck.

In May 2019, uninterrupted downpour also caused severe flooding in Dar es Salaam, displacing more than 1 000 families and destroying over 1 500 infrastructures.