Typhoon "Hagibis" made landfall near Izu Peninsula in Japan's Shizuoka Prefecture, just southwest of Tokyo, shortly before 10:00 UTC (19:00 LT) on October 12, 2019, bringing extremely heavy rain and wind of 144 km/h (90 mph), Category 2 hurricane equivalent on the Saffir-Simpson Hurricane Wind Scale.  A major rescue operation, including more than 27 000 Self-Defense Force personnel, was underway in central, eastern and northeastern regions. Officials are still gathering information and trying to determine the total number of casualties. At least 26 people have died, 16 are missing and at least 166 have been injured, as of 10:25 UTC on October 13. Hagibis has caused immense damage far and wide in eastern Japan, government spokesman Yoshihide Suga said.

This was one of the strongest typhoons to ever hit Tokyo and the strongest since 1958. The affected area stretches for more than 1 000 km (620 miles).

"Be ready for rainfall of the kind that you have never experienced," the Japan Meteorological Agency (JMA) said ahead of the storm. JMA emphasized that areas usually safe from disasters may prove vulnerable.

As predicted, the typhoon dumped exceptionally heavy rain, more than 1 m (39 inches) in places or 30 to 40% of average annual rainfall in just 24 and 48 hours.

The Ministry of Land, Infrastructure, Transport and Tourism confirmed 48 landslides and mudflows in 12 prefectures and the collapse of levees at 10 locations on 9 rivers by 12:00 LT, October 13.

More than 6 million people across Honshu were advised to evacuate before the storm. 800 000 households in Tokyo alone. Many people decided to ignore warnings and stay in their homes.

The hardest-hit areas include the city of Nagano, where Chikuma River burst its banks, causing massive flooding. Some of the residential areas there were estimated to be under 5 m (16.4 feet) of water.

Self-Defense Forces spokesperson said Sunday they are still carrying out rescue work in Tokyo and seven other prefectures.

More than 430 000 homes were left without power at the height of the storm. Around 200 000 homes in metropolitan Tokyo (population 38 million) are still without power, 90 100 in Chiba and 26 300 in Kanagawa, as of Sunday morning (UTC). Power outages are also reported in Ibaraki, Shizuoka, Tochigi, Yamanashi, Gunma and Saitama prefectures.

More than 14 000 customers are without water.

A destructive tornado touched down in Ichihara, Chiba, killing 1 person, destroying 12 houses and damaging more than 70 others.

A Panamanian cargo ship with 12 crew members sank in Tokyo Bay around 21:40 LT on Saturday. 4 of them were rescued and 2 confirmed dead by Sunday morning.

Japanese authorities had repeatedly warned Hagibis is comparable to the devastating typhoon of 1958 which left 1 269 people dead and 500 000 homes flooded.

Thanks to safety infrastructure and modernization, the number of casualties caused by Hagibis is not comparable to similar typhoons in the history of Japan. 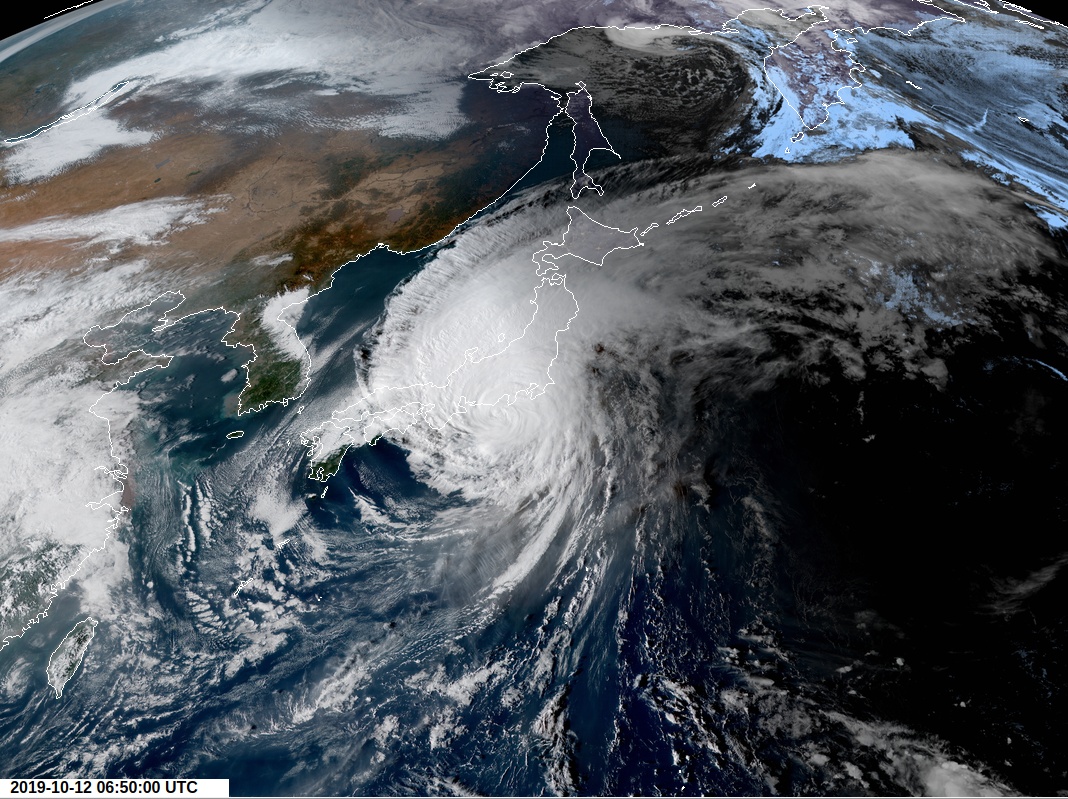 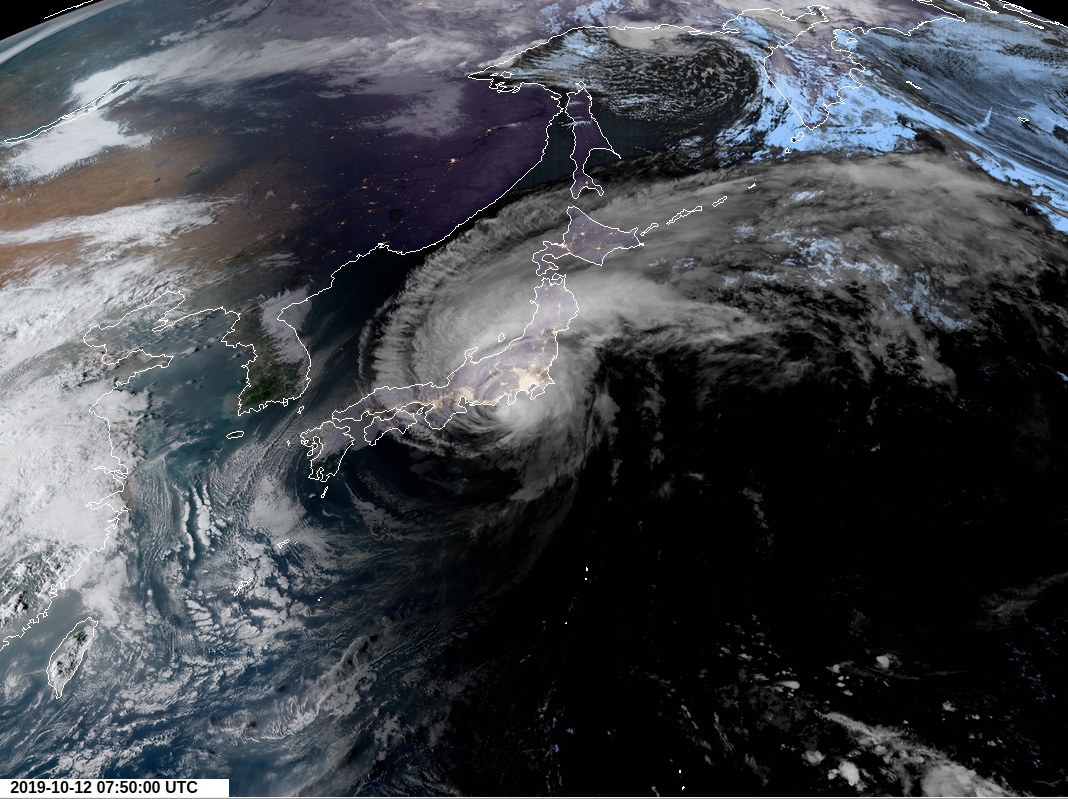 Prior to making landfall, Hagibis underwent the strongest quick intensification of any tropical cyclone from the western Pacific in at least 23 years.

The death toll has reached 42 and the number of injured 198, according to NHK. There are at least 15 people missing.

The death toll jumped to 66 on October 15 and the number of injured to over 200. 15 people remain missing.

The highest toll was in Fukushima prefecture north of Tokyo, where levees burst in at least 14 places along the Abukuma River, which meanders through a number of cities in the largely agricultural prefecture, Reuters reports. At least 25 people died in Fukushima, including a mother and child who were caught in floodwaters, NHK said.

At least 74 people have been confirmed dead.

More than 13 000 homes were submerged and 1 100 at least partially destroyed.

More than 100 landslides were reported across the country.