Significant winter storm over the Northern Rockies will move out over the Northern Plains by Monday, September 30, 2019. Western Montana is expected to see the brunt of the snow, with up to 90 cm (3 feet) or more possible. Many daily record low maximum temperature records are possible Saturday into Monday, especially across the Northern Great Basin/Rockies, and California.

This storm will be responsible for the development of an early-season/major to potentially historic winter storm across portions of the Northern Rockies through Monday, NWS forecaster Ziegenfelder noted September 28.

This system will bring very heavy snowfall, high winds, blizzard conditions, and extreme impacts to travel to the region. 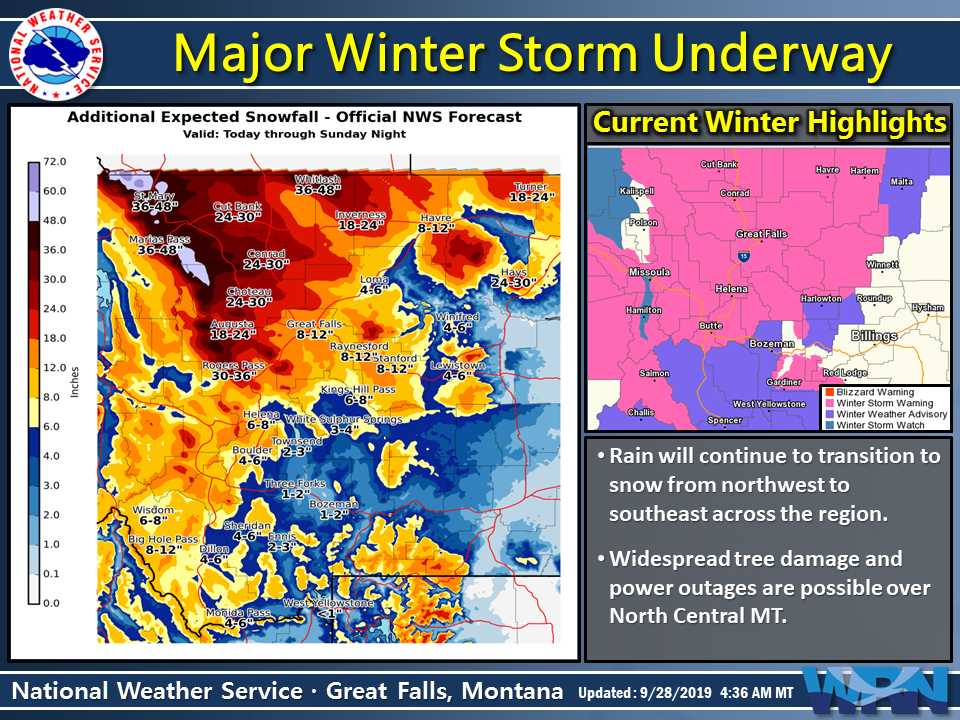 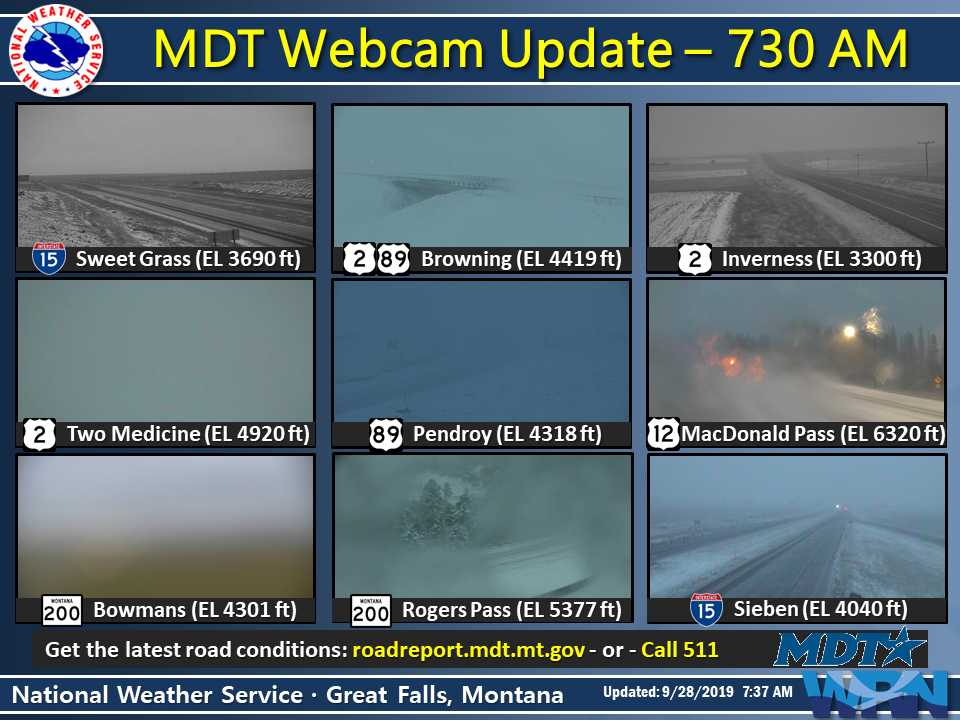 Western Montana is forecast to see the brunt of the snowfall, with as much as 30 – 90 cm (1 to 3 feet), locally more, possible.

Careful on the bridge decks. Wet roads are still dangerous roads. Thankfully everyone in this car is ok. #slowdown #mtwx pic.twitter.com/OE8n2vuXSo

A major "historic" September snowstorm began in #Washington on Friday! Stevens Pass, Washington is in for FEET of #snow this weekend.#WAwx #SeptemberSnow #snowstorm pic.twitter.com/DRe3fz0mkd

How LOW will we go?! Record setting and bone-chilling cold the next several nights across parts of Montana. Check out these numbers!! Stay warm, everyone! #mtwx pic.twitter.com/Wkajw7tFre

This system will also usher in a very cold airmass, at least for September standards, with daytime highs 12 – 17+ C (20 to 30+ F) below average.

Many daily record low maximum temperature records are possible Saturday into Monday, especially across the Northern Great Basin/Rockies, and California. 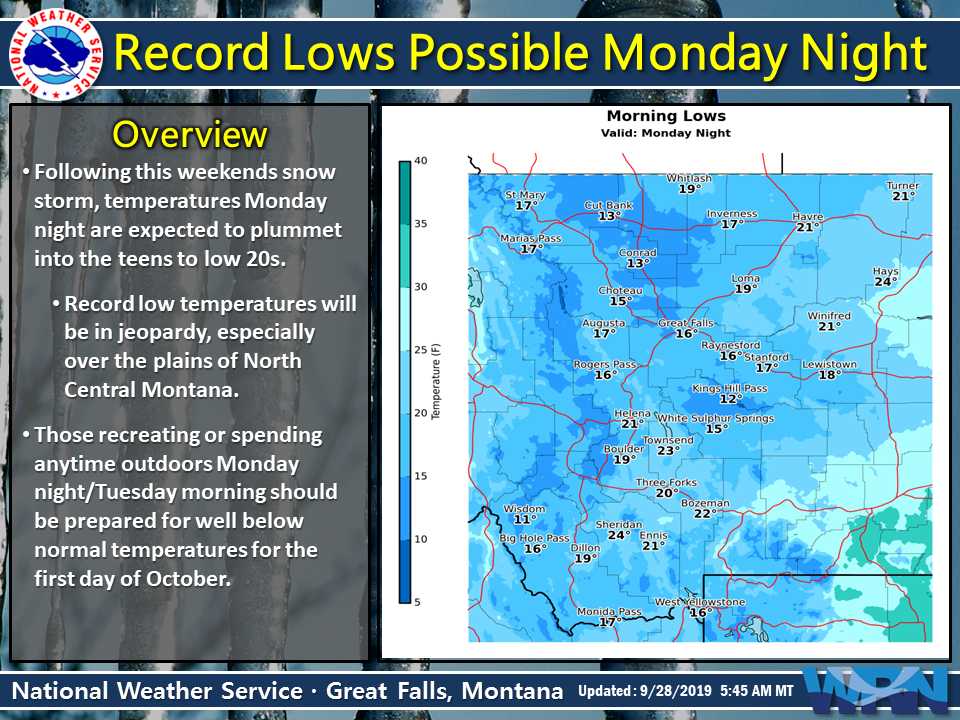 Meanwhile east of the Rockies, a strong upper-level ridge is expected to develop resulting in much above-average temperatures from the east of the Mississippi River to the Mid-Atlantic.

The possible record-breaking high temperatures will be from the Central Gulf Coast to the Mid-Atlantic.

In the meantime, moisture will funnel northward along a front from the Central Plains to the Great Lakes. Heavy to excessive rainfall and severe weather is possible along this boundary on Saturday, from Central Plains into parts of the Middle Mississippi Valley.

The hazards associated with severe thunderstorms are frequent lightning, high wind, and large hail. The heavy rain associated with the storms will produce scattered flash flooding mainly in localized areas.

In addition, persistent heavy rain will develop over parts of the Great Basin that will produce scattered flash flooding mainly in localized areas.

On Sunday, the western part of this boundary should briefly stall across the Central Plains before it begins to lift northward as a warm front into the Upper Midwest. Showers and thunderstorms will develop along the front, with heavy rain and strong to severe weather possible.