A new update on landslides from the 2019 northern hemisphere monsoon season by Dr. Dave Petley, Vice-President (Research and Innovation) at the University of Sheffield, UK, showed how an unusually high number of landslides resulted in thousands of fatalities this year, making 2019 the worst year on record. In addition, the last couple of years have been notably worse than the long-term average. 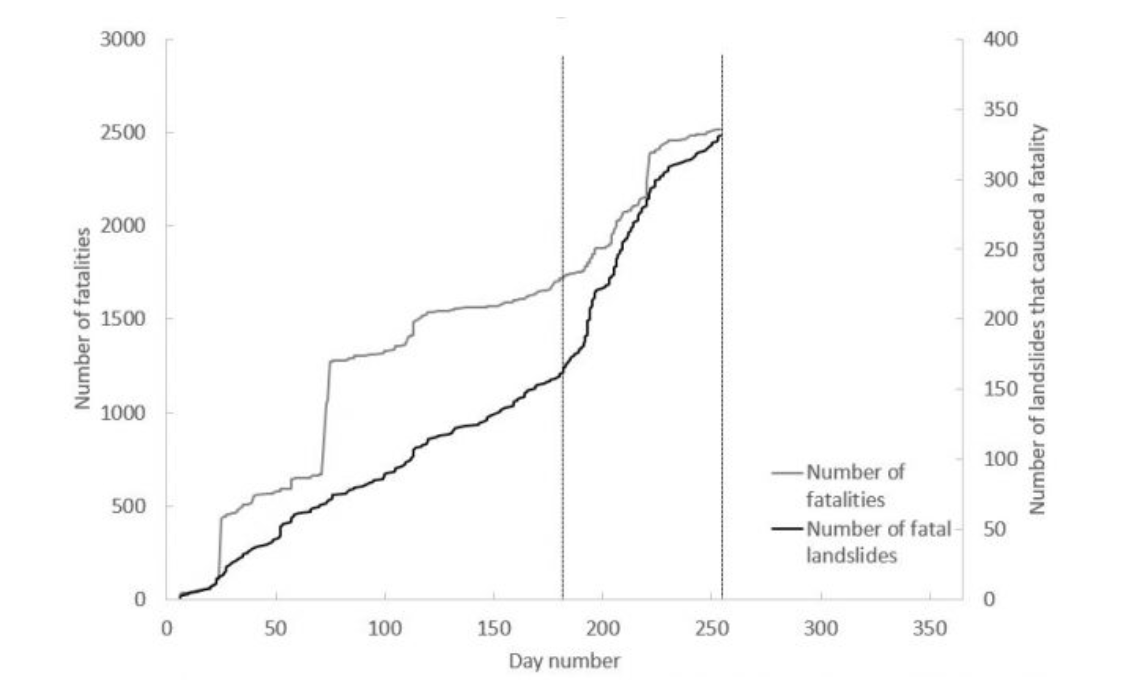 According to Petley, the effects of the 2019 northern hemisphere summer monsoon season showed "a distinctive increase in the rate of fatal landslides from about day 180 (29th June, marked with the first vertical dashed line)."

"This dramatically increased rate persists until about day 230 (18th August), when the number of recorded events reduces back to close to the normal (background) rate."

Several landslides that occurred after this event is in the areas affected by the monsoon even though they are not recorded in the database yet. For instance, Nepal was hit by some deadly landslides at the end of last week, killing six.

Petley continued, "As of the end of August I had recorded 315 fatal landslides in 2019 (this number will rise as noted above), against 319 at the same point in 2018. The average for the period 2003 to 2018 (i.e. the entire range of the dataset) is 266 landslides, so the last couple of years have been notably worse than the long term average."

He also highlighted an interesting aspect that he could not 'really explain at the moment.' 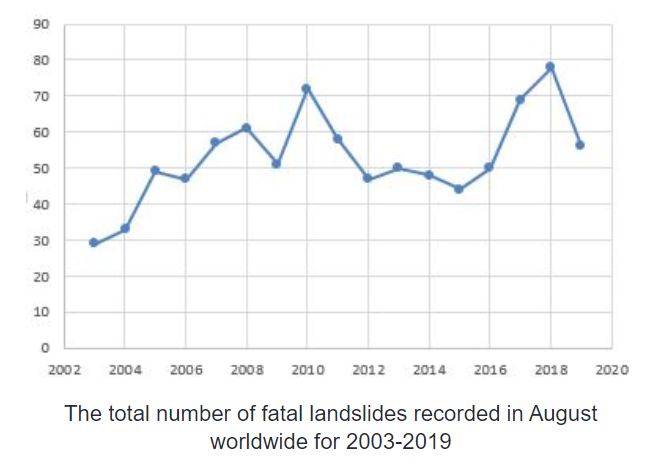 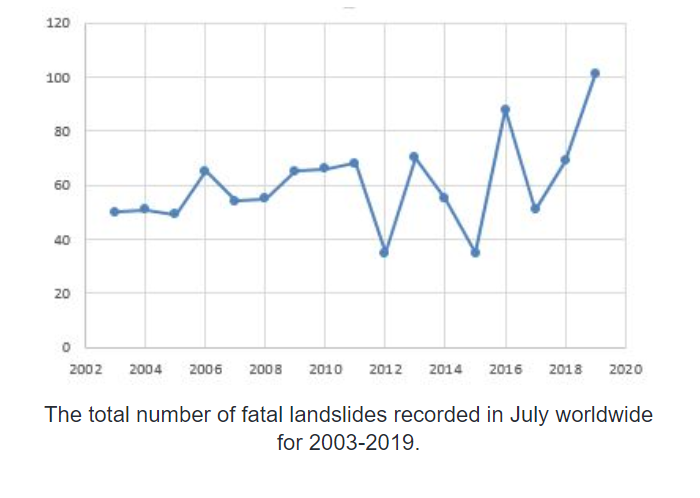 "It shows a generally increasing trend," Petley said. "Again, there is a clear rising trend. But from 2011 onwards the pattern seems to have changed, with the number of recorded landslides become highly variable from year to year."

"This apparent change in pattern may or may not be significant, but requires further investigation."

In his July recap, Petley said he recorded the highest monthly number of fatal landslides.

"Regular readers will know that I have been collating this data since September 2002, a dataset that is now approaching 17 years in duration. This has formed the basis of a number of papers over the years (e.g. Petley 2012), most recently with my post-doctoral researcher Dr. Melanie Froude (Froude and Petley 2018).  The data for the period 2004-2017 can be mapped using our online tool."

In 2019, Petley recorded a total of 100 fatal landslides (358 deaths), breaking the previous record by a considerable margin, he noted in his July update.

For comparison, there were 51 fatal landslides in 2018, causing 148 fatalities.

"Most of the landslides in July 2019 were triggered by short-duration, high-intensity rainstorms.  Whilst a single month does not prove the link by any means, July 2019 serves to illustrate once again the challenges that we will face in the future."