The eruption lasted 2 minutes and 32 seconds and ashfall was reported on villages located on the slopes of the volcano.

The eruption caused panic among villagers and at least 20 families fled their homes and took refuge in the village office, the Jakarta Post reports. However, they have all returned home.

The Center for Volcanology and Geological Disaster Mitigation (PVMBG)  maintained the alert status at level three, with the danger zone remaining within a 4-km (2.5 miles) radius from the crater, reminding the public, including tourists, to stay clear of the danger zone. 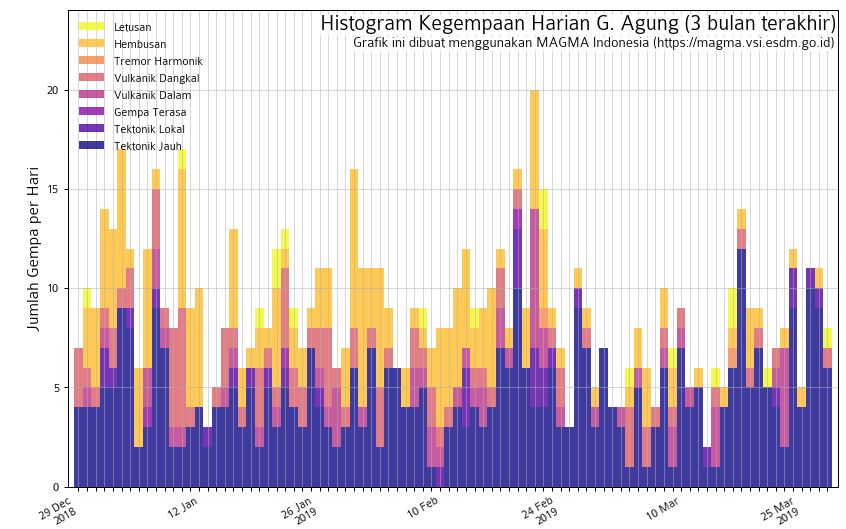