There were no radio signatures that would suggest a Coronal Mass Ejection (CME) was produced by the event. 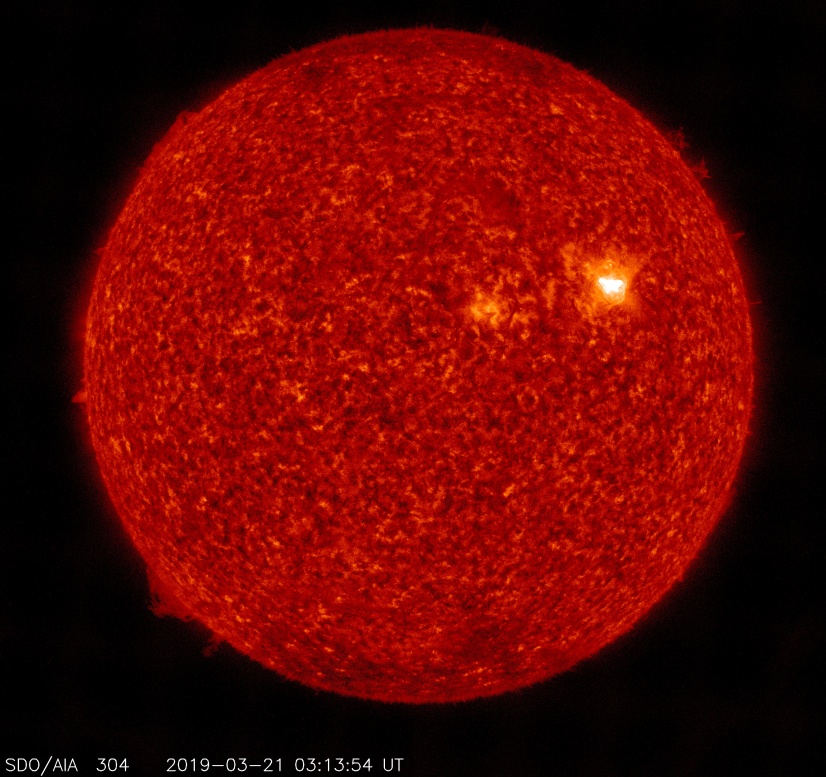 Another faint, slow-moving CME occurred off the West limb at approximately 19:30 UTC on March 20 and will be analyzed and modeled as more coronagraph imagery becomes available.

Multiple ENLIL model runs seem to have reached a consensus that the arrival of the March 20 CME will occur around mid-UTC day on March 23. However, forecaster confidence is only at moderate levels with the arrival timing output due to over forecasted wind speeds in the current ambient environment, SWPC forecasters said 12:30 UTC, March 21.

Solar activity is expected to continue at low levels over the next three days. Region 2736 remains an active spot group. C-flares are likely the next three days with a slight chance of M-flares (R1-R2 (Minor-Moderate) radio blackouts).

Solar wind parameters were somewhat elevated over the past 24 hours due to a positive polarity CH HSS. Total field strength remained less than 5 nT, and the Bz component underwent no significant southward deviations. Phi was in a positive orientation.