While Los Angeles sees about 355.6 mm (14 inches) of rain in a full year, this year's 250 mm probably says more about how bad 2018 was, meteorologist Chris Bianchi wrote for WeatherNation.

While all that rain caused floods and mudslides in wildfire burn scar areas, it also helped the drought-stricken state to snap out of some of the worst drought conditions in its south. 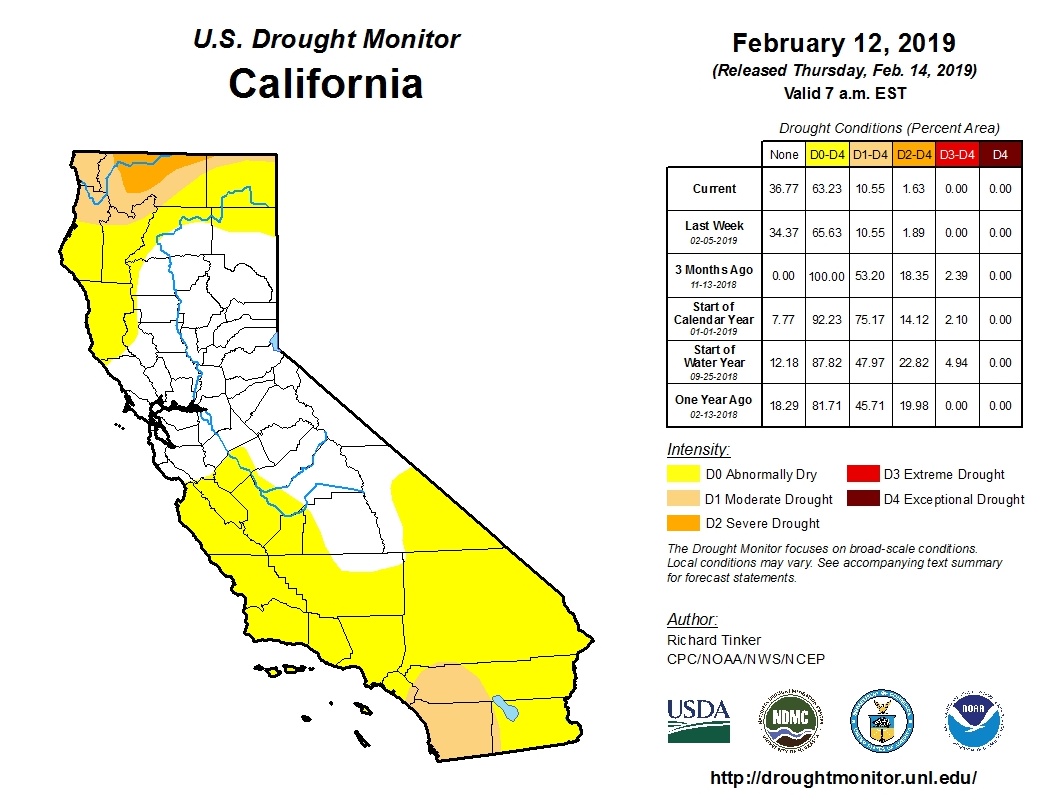 "Potent storms tracked through the West Coast States this past week, pushing year-to-date precipitation totals above 152 mm (6 inches) in most of a broad region that includes areas along and west of the Cascades, the California coastline, the Sierra Nevada, and the Sacramento Valley," Climate Prediction Center's Richard Tinker noted February 12.

A few spots in the central and northern Sierra Nevada recorded over 762 mm (30 inches) of precipitation since the beginning of the year.

Up to 150 cm (60 inches) of snow piled up in the Sierra Nevada, and the continued abundant precipitation prompted more improvement in the Drought Monitor as all dryness was removed from west-central California, including the Bay Area and vicinity.

Featured image: Traffic at a crawl on the I-5 northbound side due to several spinouts caused by drivers going too fast in the snow. Credit: CHP Fort Tejon