Hundreds of people are missing after a tailings dam in the Brazilian state of Minas Gerais collapsed Friday afternoon, January 25, 2019 (local time). The owner of the dam said at least 413 people are missing. The event comes just 3 years after another tailings dam collapsed in the nearby city of Mariana; officially the worst natural disaster to hit Brazil.

According to Vale SA, who manages the mine, the 86-m (280 feet) dam near Brumadinho held 11.7 million liters of mining waste. At this point, the cause of the collapse is not known. However, environmentalists said the company was recently granted to increase the mine's capacity by 88%.

According to Minas Gerais Civil Defense spokesman, some 279 people have been rescued, more than 10 bodies have been recovered and 345 remain missing, most of them mine employees. However, Vale published a list of unaccounted employees, saying 413 people are missing.

The dam collapsed around the time of lunch, sending a wave of red iron ore waste through the mine and toward the town of Brumadinho. The dam's cafeteria was buried by the sludge as well as other buildings and mining equipment. Parts of the town were placed on evacuation alert.

More than 300 firefighters and other personnel were on the scene looking for survivors.

"Unfortunately, at this point, the chances of finding survivors are minimal. We're likely to just be rescuing bodies," Romeu Zema, governor of Minas Gerais said. 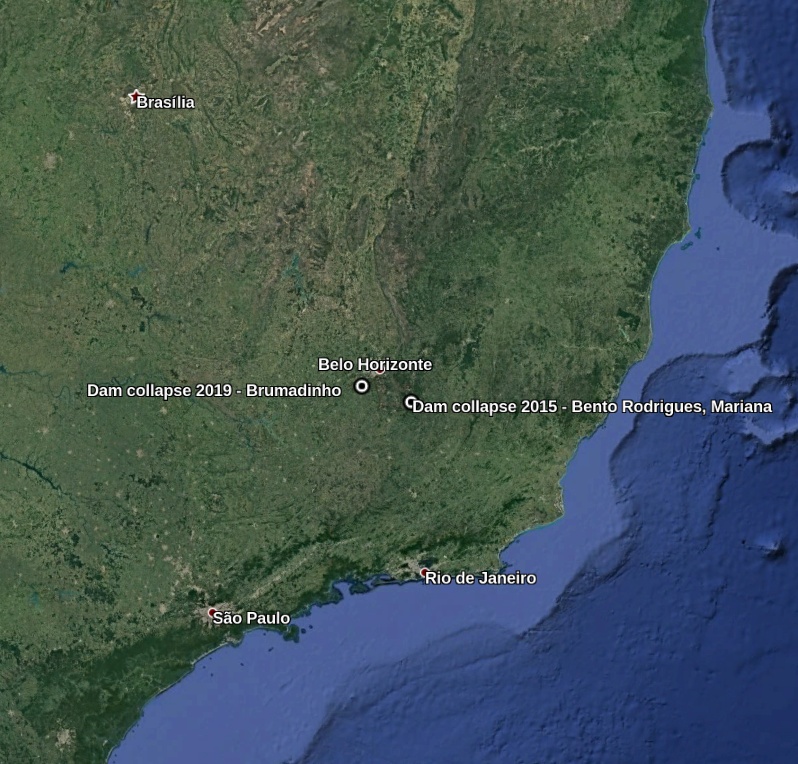 Vale CEO Fabio Schvartsman said he did not know what caused the latest collapse, adding that the dam, located at the Feijao iron mine, was being decommissioned and that equipment had shown the dam was stable on January 10.

Even controversial, Vale's request to increase the mine's capacity by 88% was accepted in December 2018, according to The Intercept. The National Civil Society Forum for Hydrographic Basins, a network of civil society groups, urged the authorities not to grant the license.

Some environmentalists say this latest disaster could be worse than the collapse of 2015 in the city of Mariana – officially the worst natural disaster in Brazil.