Increased activity was reported at Italy's Mount Etna starting around 09:00 UTC on January 26, 2019. The Aviation Color Code was raised from Orange to Red.

Volcanic ash is not detectable on satellite imagery due to a meteorological cloud. However, significant volcanic ash is present above the volcano, The Toulouse VAAC reported 10:12 UTC, January 26.

The activity decreased around 18:00 UTC. Volcanic ash was still not detectable on satellite imagery in spite of good visibility, the Toulouse VAAC said. Some volcanic ash is possible in the direct vicinity of the volcano, it added.

The management company of the Catania airport announced the closure of airspace until at least 10:00 UTC on January 27. While the airport is still open, no aircraft can currently leave or land.

Passengers are asked to inquire about the status of their flight with the airlines. 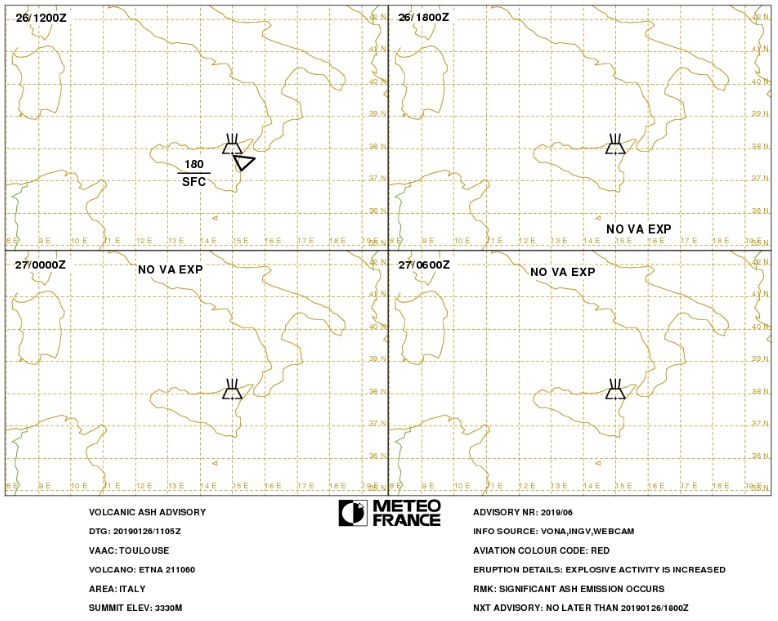