San Miguel volcano in El Salvador, also known as Chaparrastique, continues its eruptive process which started on January 3, 2019, emitting relatively small amounts of gas and ash up to 500 meters (1 640 feet) in height.

Between 16:00 local time on January 7 and 10:00 LT, January 8, the degassing and seismicity at the volcano fluctuated between low and high periods, Servicio Nacional de Estudios Territoriales (SNET) said in their special report released January 8, 2019.

A sudden change in these parameters would be an indicator of a process of depressurization that could induce higher energy eruptive activity. These changes could occur suddenly, it warned. 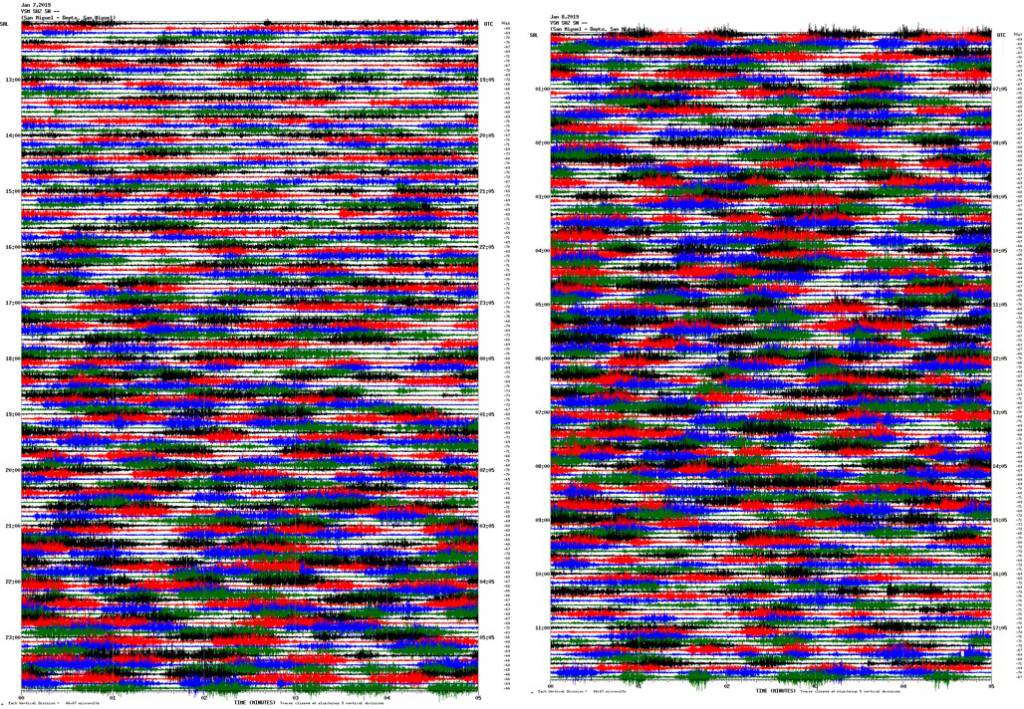 The values of the seismic vibration (RSAM) kept fluctuating between 123 and 201 units in 24 hours ending 18:00 LT, January 8, with an average of 145 units per hour, values considered above normal.

Image captured by a drone flying over the volcano at 12:00 LT, January 7 shows a pulse of gases coming out of the crater and ash-laden atmosphere, typical of a magmatic degassing process without pressurization. 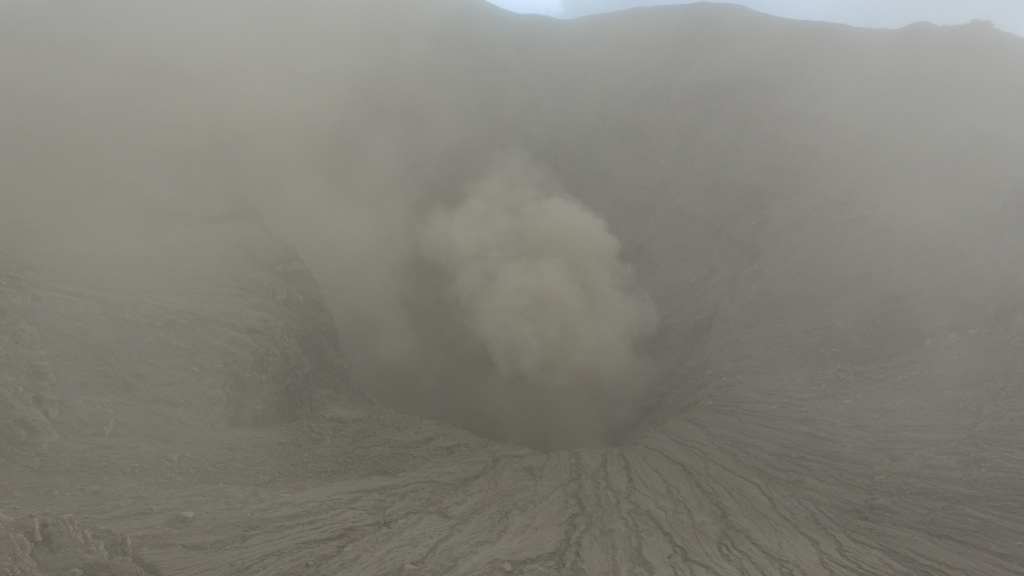 Local observers report gas emissions and small ash emissions rising from the top of the volcano.

The analysis of the current situation indicates that San Miguel continues its eruptive process which started on January 3, 2019. Populated areas west of the volcano, like El Carreto, La Piedra and Piedra Azul, could receive some amounts of ash and gas.

In the case of a sudden increase in activity, the most likely scenario continues to be approximately 2 km (1.2 miles) high eruptive column. Ash could fall in the municipalities of San Rafael Oriente, San Jorge and Chinameca, SNET said.

Ballistic projectiles, included in this scenario, could reach distances up to 3 km (1.8 miles) around the crater. There is also a possibility that lava flows could be generated.

Authorities are urging residents, tourists and climbers to stay from the crater.

A strong and sudden eruption took place at the volcano on December 29, 2013, after 11 years of quiescence. Eruption column was estimated rising up to 9 km (29 500 feet) and civil alert status for the area around the volcano was raised to yellow.

According to local press, ashfall was expected in the town of Chinameca and Civil Protection has begun evacuations of families residing within a radius of 3 km (1.8 miles) around the volcano.

The symmetrical cone of San Miguel volcano, one of the most active in El Salvador, rises from near sea level to form one of the country's most prominent landmarks. The unvegetated summit of the 2 130-m-high (7 000 feet) volcano rises above slopes draped with coffee plantations.

A broad, deep crater complex that has been frequently modified by historical eruptions (recorded since the early 16th century) caps the truncated summit of the towering volcano, which is also known locally as Chaparrastique.

Radial fissures on the flanks of the basaltic-andesitic volcano have fed a series of historical lava flows, including several erupted during the 17th-19th centuries that reached beyond the base of the volcano on the north, NE, and SE sides.

The SE-flank lava flows are the largest and form broad, sparsely vegetated lava fields crossed by highways and a railroad skirting the base of the volcano. The location of flank vents has migrated higher on the edifice during historical time, and the most recent activity has consisted of minor ash eruptions from the summit crater.