A short-lived explosion was detected at Cleveland volcano early December 29, 2018. Ash cloud was reported rising up to 5.2 km (17 000 feet) above sea level. The Aviation Color Code remains Orange since December 12.

A small explosion at Cleveland was also recorded by the seismic network December 8. A second small explosion with a higher peak amplitude was detected at on December 12, prompting AVO to raise the Aviation Color Code to Orange and the Volcano Alert Level to Watch. No ash cloud was observed, though weather clouds obscured views of the volcano. Elevated surface temperatures were visible in satellite data on December 15.

Cleveland volcano is monitored with a limited real-time seismic network, which inhibits AVO's ability to detect precursory unrest that may lead to an explosive eruption. Rapid detection of an ash-producing eruption may be possible using a combination of seismic, infrasound, lightning, and satellite data. 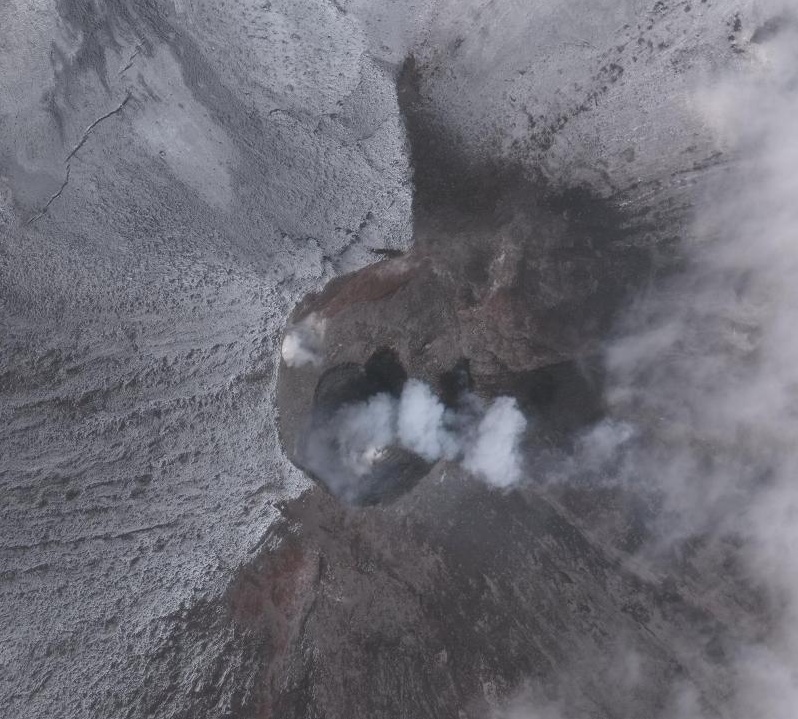 Worldview-3 satellite image of the summit crater of Cleveland Volcano collected on July 10, 2018. The 80-meter (262 feet) diameter circular lava flow that was extruded in late June 2018 can be seen as well as minor steam emissions. Credit: Dave Schneider, AVO/USGS 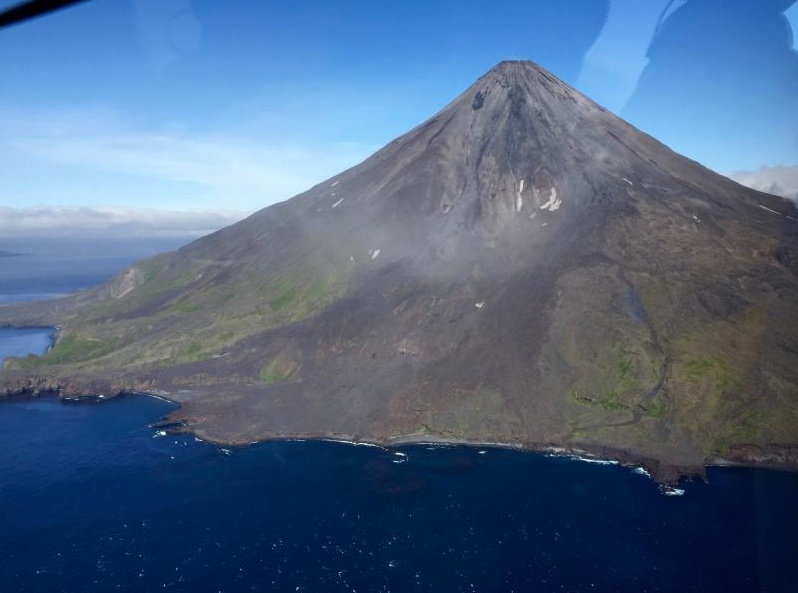 Approaching the east side of Mount Cleveland on July 26, 2016. Credit: John Lyons, AVO/USGS

Numerous large lava flows descend the steep-sided flanks. It is possible that some 18th-to-19thcentury eruptions attributed to Carlisle should be ascribed to Cleveland (Miller et al., 1998).