Floodwaters caused by days of heavy rain caused a breach in a dam holding back a large reservoir at L.V. Sutton Power Station outside Wilmington on September 21.

Duke Energy spokeswoman Paige Sheehan said the company can't rule out that ash might be escaping the flooded dump.

Severe thunderstorms swept through eastern Ontario during the afternoon hours of September 21 near Calabogie.

The storm produced winds gusts of up to 100 km/h (62 mph), hail the size golf balls and a tornado which caused significant damage to several buildings, downed trees, and ripped shingles off roofs.

Widespread power outages were reported across a large swath of the province.

Woah. We got quite an office view in #Gatineau of a possible tornado. Hoping everyone is safe. Video (sped up 4x) credit to my colleague @MikeRMcCauley cc: @jesshayden6 @RachelRappaport @bismahhaq pic.twitter.com/j4szV6RHP3

Heavy rain and flooding are expected to make weather headlines for the end of the week across parts of Texas, Oklahoma, and Arkansas, NWS said.

Tropical Storm "Daye" (previously named FOUR) moved north-west over the Bay of Bengal before reaching the coast of southern Odisha State on the evening of September 20 (UTC), close to the Chatrapur city. It continued inland in a north-westerly direction, weakening into a tropical depression.

Over the next 24 hours, heavy rain could still affect Odisha, Andhra Pradesh, Telangana and Maharashtra States.

Tropical Storm "Trami" formed September 21, 2018 west of Guam as a 24th named storm of the 2018 Pacific typhoon season. This storm is expected to become a super typhoon around September 25.

At least 34 people have been killed and 2 are still missing after heavy rains combined with waters spilling from a dam in Burkina Faso flooded parts of northern Ghana this month. The floods caused widespread damage to agriculture, roads and other infrastructure and left as many as 100 000 people homeless.

Ricardo de la Cruz Musalem, general director of Civil Protection SEGOB, said 3 people have been killed and 3 are still missing after heavy rains caused major flash flooding in city of Culiacán, Mexico's state of Sinaloa on September 20. One person drowned and two were killed by electrocution. The three people missing were presumably swept away.

Musalem added there are 11 municipalities in a state of emergency, with classes and daycare centers suspended. Preliminary reports mention 100 damaged schools.

Sinaloa state government said more than 2 000 people have been evacuated.

The storm downed trees, caused traffic chaos and brought around a half a month's of rain in 24 hours to parts of the region.

The city of Edmonton experienced its snowiest September on record, with six consecutive days of snowfall and 22 cm (8.6 inches) reported in total so far this month. The amount broke the previous record of 12.9 cm (5 inches) measured back in 1965.

The Pole Creek fire ignited to the east of Bald Mountain on September 6. Four days later, strong winds fanned the flames and sent fire into some areas already scorched by the Bald Mountain Fire. Pole Creek is also burning into the Coal Hollow Fire and Diamond Fork Canyon. As of September 21, it burned approximately 39 659 ha (98 000 acres) and was 32% contained. 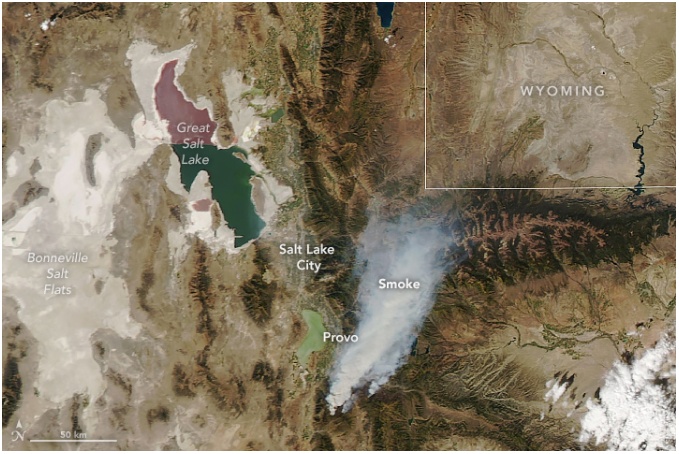 Tokyo VAAC reported an eruption at Ketoi stratovolcano in Russia's Kuril Islands at 23:30 UTC on September 20.

Volcanic ash was not identifiable in satellite imagery and there was no additional information supplied.

Thermal anomaly was detected at the volcano during July and August 2013 as well as occasional gas and steam emissions.

Increased fumarolic activity from Ketoi was noted in satellite imagery on May 4, 2010.

The first historical eruption at the volcano took place from 1843 (July) to 1846. It had Volcanic Explosivity Index of 2 and is still its largest known eruption.

Observations in September 2018 confirm that the eruptive activity at the volcano has dropped. There are currently no explosions and volcanic cloud emitted are white color, means only steam. A small-scale eruption in Lake Voui has ceased.

The volcano is now in major unrest state and the Volcanic Alert Level was lowered to Level 2, VMGD reported September 20.

The quakes were too deep to cause a tsunami. 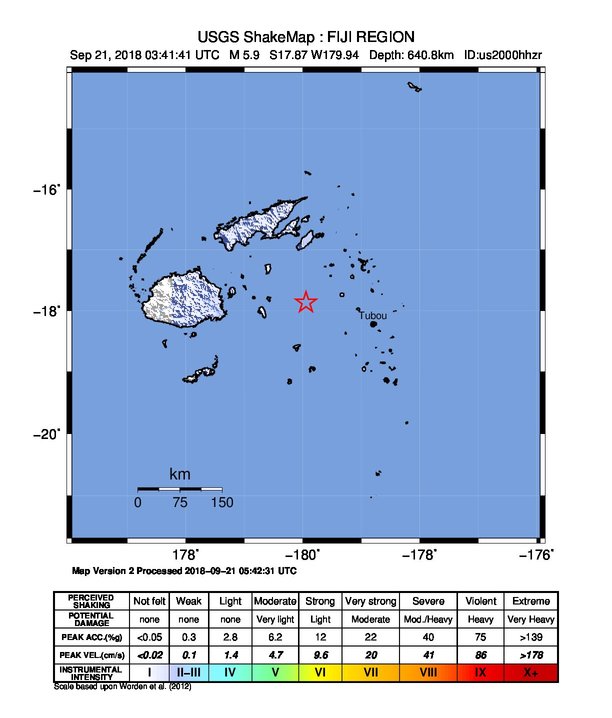 City officials in Marshalltown, central Iowa have designated about 60 structures as unsafe following a July tornado that damaged about 2 000 buildings.

More than 30 000 people suffering heat stroke or heat exhaustion were taken to hospitals across Japan in August, topping the previous record for the month in 2010, the government said September 20/

Of 30 410 people taken to hospitals in the month, 20 died and 485 suffered severe sickness, according to the Fire and Disaster Management Agency. The previous record was 28 448.

Hurricane "Florence" death toll reaches 42, more than half of victims were in vehicles

Hurricane "Florence" is now being blamed for the death of at least 42 people. There were 31 deaths in North Carolina, nine in South Carolina and two in Virginia.

Well over half of those killed were in vehicles, officials said.

North Carolina Gov. Roy Cooper said he knows the damage in his state will add up to billions of dollars.

"The flooding is like nothing we have ever seen," Cooper said. "People in hard hit communities do want to go back, but many are still having to wait." 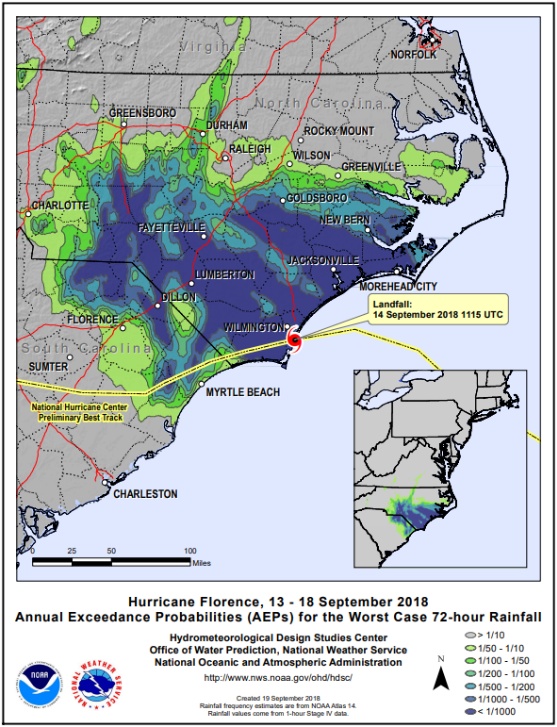