Super Typhoon "Mangkhut," known in the Philippines as Ompong, is expected to make landfall in northern Cagayan, Luzon, Philippines on Saturday morning (local time), September 15, 2018 with maximum sustained winds at or near 250 km/h (155 mph).

A Tropical Cyclone Warning Signal #1 is currently in effect for the northern seaboard of Northern Luzon and the eastern seaboards of Visayas and of Mindanao. Fisherfolks and those with small seacrafts are advised not to venture out over the seaboards of areas under TCWS #1. Class suspensions have already been announced for the rest of the week.

The typhoon is enhancing the southwest monsoon, raising the threat of flash floods and landslides.

Mangkhut is forecast to continue tracking WNW and make landfall along the northeast coast of Luzon at about 21:00 UTC on September 14, according to the JTWC. Under very favorable environmental conditions, Mangkhut will maintain its Super Typhoon intensity by the time it makes landfall. 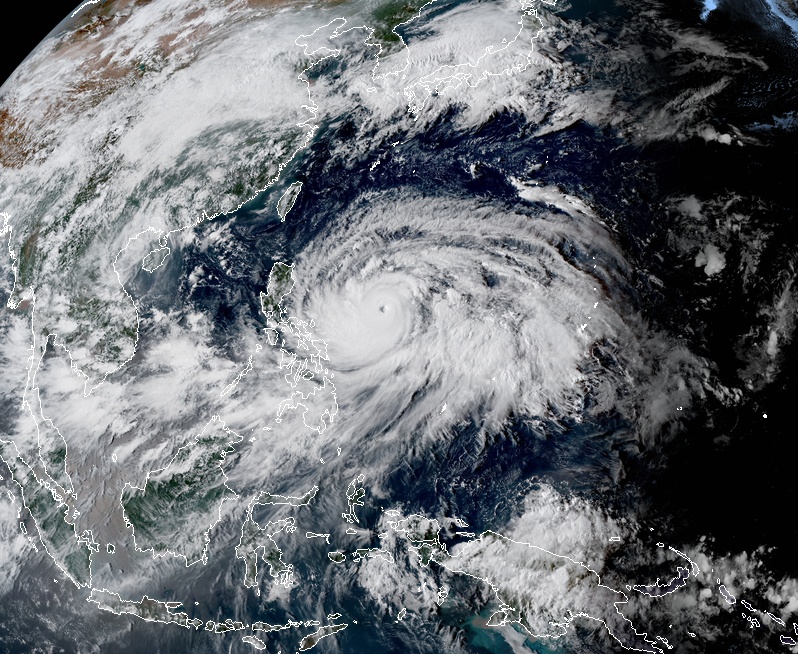 The storm will weaken significantly as it tracks over the mountainous region of Luzon, re-emerging over the South China Sea around 09:00 UTC on September 15 still as a significant typhoon with maximum sustained winds of 204 km/h (126 mph).

Mangkhut will continue on its WNW trajectory and track across the South China Sea, passing South of Hong Kong and making landfall near the border of Vietnam and China by 09:00 UTC on September 17 with maximum sustained winds of 120 km/h (75 mph).