At least 17 people were injured after several unexpected tornadoes swept through central Iowa on July 19, 2018. The tornadoes were reported in Marshalltown, Pella, Bondurant and several other places near Des Moines. Official preliminary surveys are scheduled for Polk, Jasper, Marion and Marshall counties on July 20 and results are expected no later than July 21. 10 people were injured in Marshalltown and 7 in Pella.

The storms broke out with little warning after 14:00 local time when a tornado touched down and tore through a small town of Bondurant, just northeast of Des Moines. Locals said the twister produced widespread damage. At least 12 homes were damaged or destroyed but there are no reports of injuries.

Much of the downtown Marshalltown (some 80 km / 50 miles NE of Des Moines) was damaged and there are reports of 'catastrophic damage,' collapsed walls, roofs blown off buildings and severe damage to the towns historic courthouse.

The tornado also damaged the only hospital in the town, forcing the evacuation of all of its 40 patients. Only the emergency room in Marshalltown remained open to treat patients injured in the storm.

The storm reportedly made a direct hit to Vermeer Corp. where some 400 people were celebrating the company's 70th anniversary.

7 people who were inside the plant were injured, treated for minor injuries and released from the hospital. The company's vice president of operations says the plant activated its storm warning system and workers where in shelters when the storm hit.

Dozens of cars were damaged as well as homes and businesses. 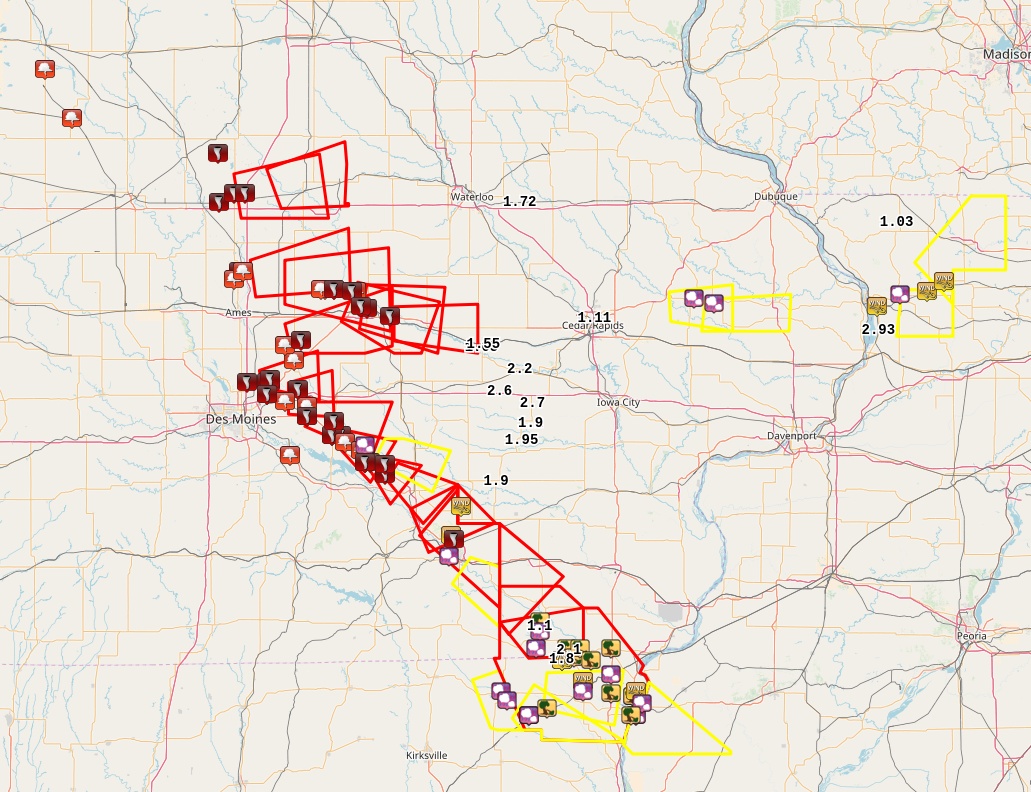 Severe thunderstorms will develop across the Ohio and Tennessee Valley region into the Mid-South Friday, July 20, the National Weather Service warns.

Very large hail, damaging winds, and a few tornadoes can be expected.

Isolated severe storms are possible across the central High Plains. 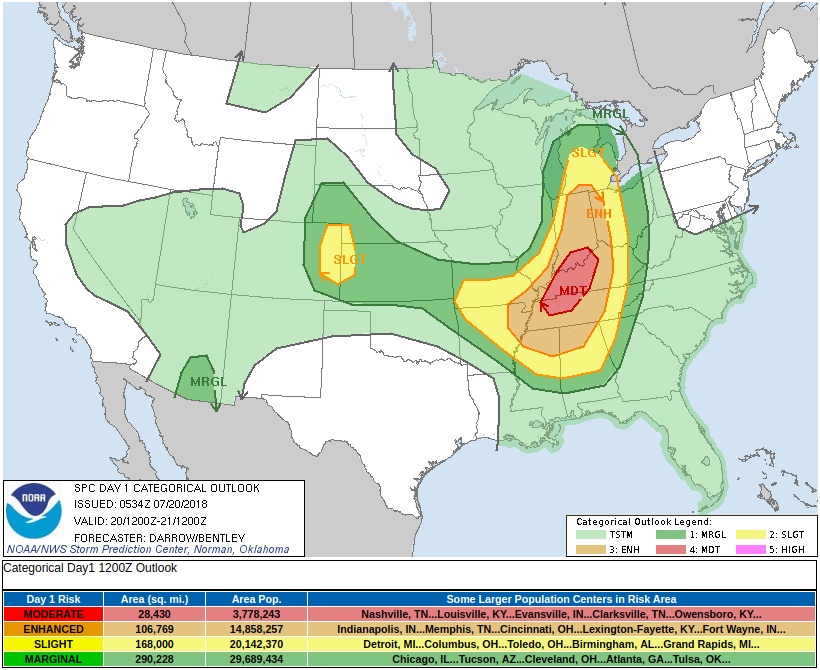