The number of homes destroyed by lava has reached 600 since Kilauea started erupting on May 3, 2018, marking its most destructive eruption in modern times and the most destructive in the United States since the 1980 eruption of Mount St. Helens.

The number surpasses by far the 215 structures destroyed during Kilauea's earlier eruption cycle that began in 1983 and continued nearly nonstop over the next three decades. Hawaii County Mayor Harry Kim, whose house was also recently destroyed, said Kilauea has never destroyed so many homes before in such a short period of time.

Mayor Kim said Vacationland, with some 160 homes, was completely erased, adding that at least 330 houses were destroyed at Kapoho Beach Lots and the rest in the Leilani Estates area.

An estimated 2 500 people have been displaced by evacuations across the island. 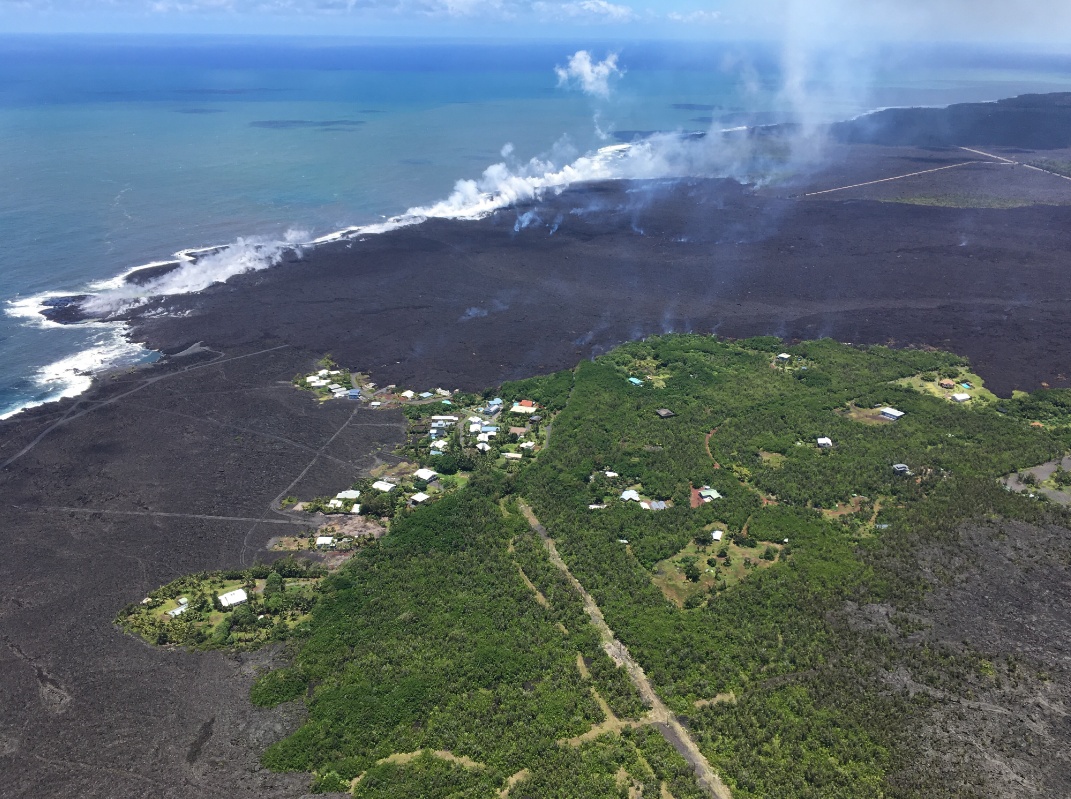 Views from HVO's helicopter overflight at 23:00 UTC on June 6, show the remains of the Kapoho Beach Lots subdivision and the fissure 8 flow front. The northern flow margin in this area was unchanged from HVO's morning flight and appeared to have stopped advancing at the time of the flight. Image courtesy USGS/HVO

On June 6, at 14:07 UTC, an explosion within Halema‘uma‘u crater sent an ash and gas plume to a height of about 3.4 km (10 000 feet) above sea level. The explosion released energy equivalent to that of a magnitude-5.6 earthquake; a result of the explosion-related energy release was ground shaking felt throughout the summit area. This plume is typical of those produced by the larger explosions that have occurred at Kīlauea's summit. 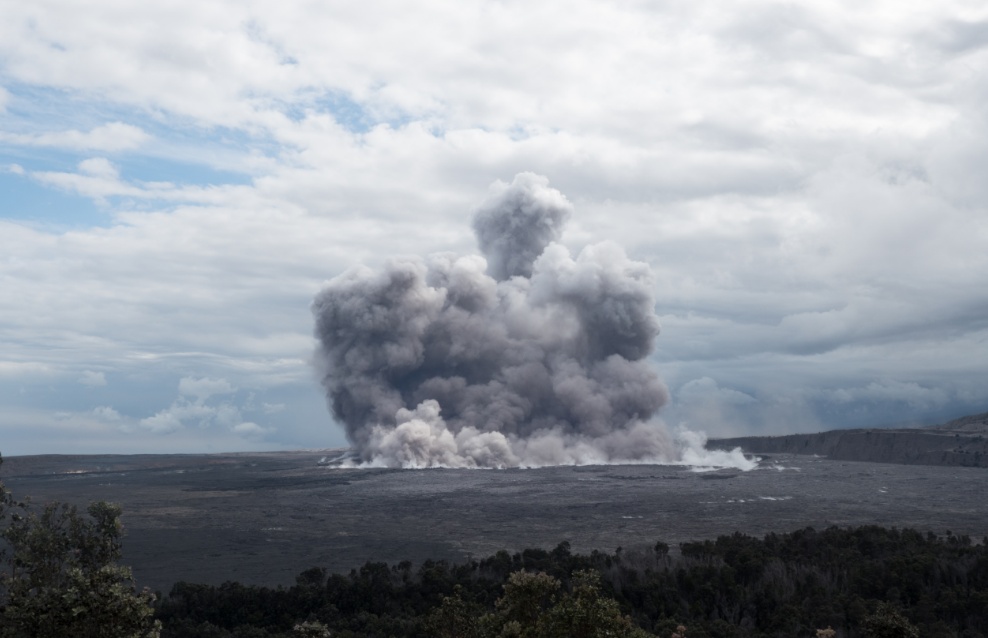 The animated GIF below shows a sequence of radar amplitude images, illustrating changes to the caldera area of Kīlauea Volcano that occurred between May 5 and June 6 at 16:00 UTC. Over time, expansion of the summit eruptive vent within Halema‘uma‘u crater and the widening of Halema‘uma‘u itself are clear. The last three images in the sequence, from May 29 – June 6, show the development of several cracks outside Halema‘uma‘u (also seen in UAS footage of the crater) and inward slumping of a large portion of the western and southwestern crater rim. The west side of Halema‘uma‘u is clearly unstable, and it is likely that rockfalls and continued slumping will occur in the future.

Beginning on June 3, lava from fissure 8 entered the ocean at Kapoho Bay. By June 6, lava had completely filled Kapoho Bay and built a delta that now extends over a mile from shore. A helicopter overflight of Kīlauea Volcano's lower East Rift Zone on June 7, 2018, around 03:00 UTC documented lava-seawater interactions at the ocean entry and the formation of a white plume called laze.

This activity continues to feed a lava channel flowing east towards the ocean entry in the Kapoho Bay area. Bad weather and poor visibility grounded the June 7 late afternoon overflight but ground observers confirm lava continues to enter the sea as of early evening (local time). No other fissures are active.

Pele's hair and other lightweight volcanic glass from high fountaining of Fissure 8 are falling downwind of the fissure and accumulating on the ground within Leilani Estates.

Featured image: The remains of the Kapoho Beach Lots subdivision and the fissure 8 flow front on June 6, 2018. Credit: USGS/HVO