A newly discovered asteroid designated 2018 LA exploded somewhere along the South Africa – Botswana border region at 16:53 UTC on June 2, 2018. The asteroid was discovered several hours before it entered our atmosphere. It is possible pieces of it survived the entry and hit Earth. This is only the third time that an asteroid has been discovered to be on an impact trajectory.

As reported earlier today, the explosion was captured on a security camera owned by Barend Swanepoel from Ottosdal, South Africa:

Another witness from South Africa said the object was showing a yellow color as it was flying through the atmosphere. The yellow color suggests 2018 LA contained sodium, the same as 2013 Chelyabinsk asteroid.

When it was discovered, asteroid 2018 LA had a temporary label ZLAF9B2. 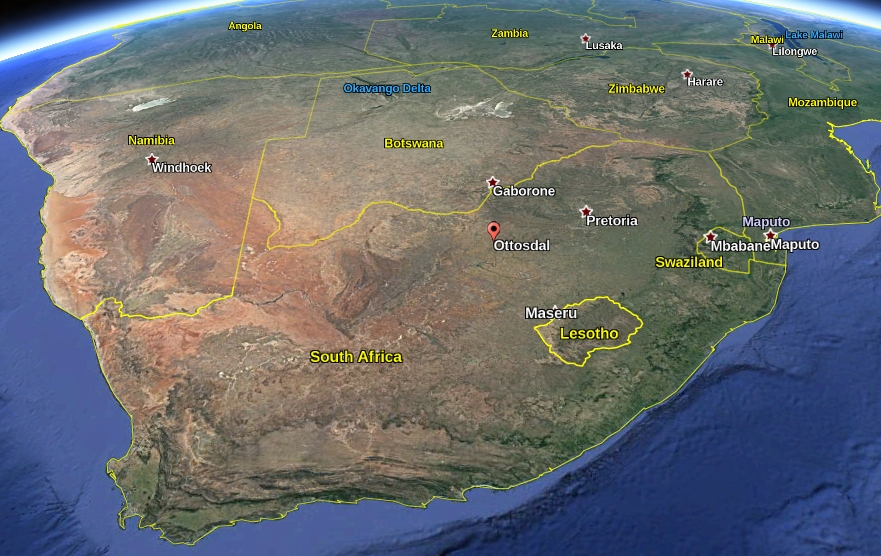 Alex Gibbs, the principal engineer at the Catalina Sky Survey, posted these images of the object on his Facebook page:

Peter Brown, a meteor scientist and planetary astronomer at the University of Western Ontario, confirmed the impact earlier today.

"It remains to be seen if any pieces made it to the ground," Gibbs said after Brown posted infrasound data.

According to eNCA, two large meteors were spotted around the North West province on June 2. One meteorite fell between Lichtenburg and Mafikeng, and the one in the video posted by Barend Swanepoel fell between Hartebeesfontein and Coligny.

Interestingly, this event took place just one day after a similar bright fireball exploded over the Chinese city of Jinghong in Yunnan Province:

The Catalina Sky Survey has been responsible for discovering all three of these small asteroids on impact trajectories, and all on the watch of the same observer, Richard Kowalski.

Featured image: The green line indicates the object's apparent motion relative to the Earth, and the bright green marks are the object's location at approximately one-hour intervals.  The blue arrow points in the direction of Earth's motion and the yellow arrow points toward the Sun. Credit: Minor Planet Center.