A toxic salt storm from the Aral Sea hit western parts of Uzbekistan and northern Turkmenistan on Sunday, May 27, 2018, following a warm weather and rain.

The dust covered the whole city of Nukus, forcing residents to use masks as the storm made it difficult to breathe.

AKIpress said residents complained that the dust, containing nitrogen fertilizer that has been gathering at the bottom of the sea for dozens of years, spread even through the windows.

According to a 2004 study, region's abnormally high cancer rates could be explained by high levels of DNA damage caused by toxic pollutants in the water that crystallized along with other minerals to form salt flats as the sea evaporates.

Once the world's fourth-largest inland body of water, the sea has been drained by a poorly managed irrigation system that supplies water to cotton crops, BBC science correspondent in Muynak, Uzbekistan, David Shukman, wrote 18 years ago.

"What is left when these seas retreat is a vision of environmental apocalypse: vast stretches of desert, laden with heavy doses of salt and burdened with a toxic mix of chemical residues washed down over the decades from the farms upstream.

These storms can also block visibility and cause chemical damage to surrounding structures. 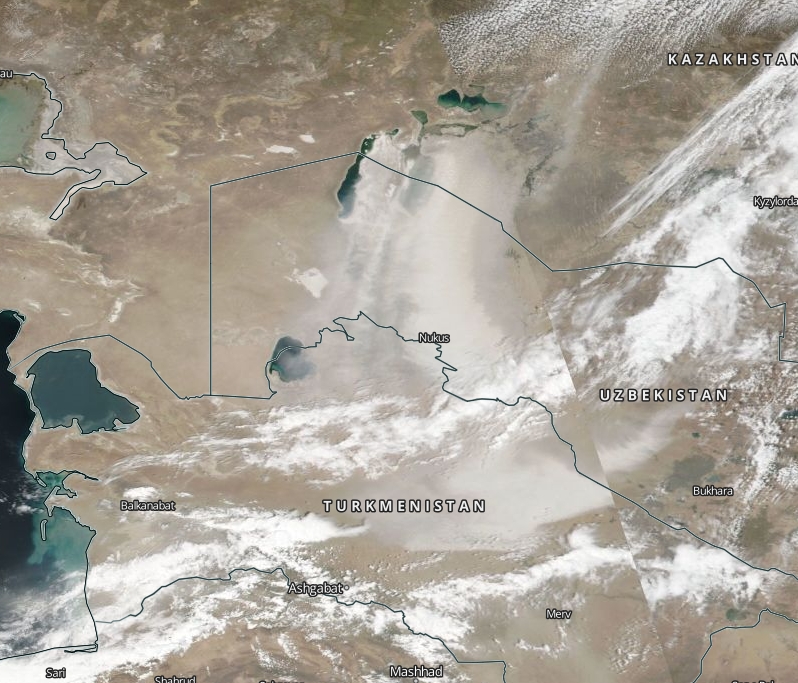