In response to a growing Tinder Fire in the Coconino National Forest near Payson, Arizona, governor Doug Ducey has declared a state of emergency.

The fire broke out around 18:25 UTC (11:45 local time) on April 27, according to InciWeb and is still zero percent contained. Initially, the blaze was about 200 hectares (500 acres) but by the morning of May 2, the fire has burned up to 4 620 hectares (11 420 acres) of forest and has forced an evacuation of several communities.

Additional state resources are available to the county for response efforts after governor Ducey made the declaration.

The fire is believed to be caused by an abandoned illegal campfire, during a time of fire restrictions, forest officials said Monday, May 1, according to 12 News.

"Any time we enter restrictions or have even closed the forest, we still continue to find abandoned and illegal campfires," said Andy Pederson, Forest Service patrol captain for northern Arizona. "This shows extreme lack of care for public safety and our natural resources when people would have an illegal campfire, much less abandon an illegal campfire."

Officials admitted that finding the person responsible for this illegal campfire will be difficult but said they will continue to investigate.

An Arizona public utility also announced on April 30 that it would be de-energizing about 1 500 customers in the Blue Ridge community in response to the Tinder Fire outbreak.

On May 2, about 500 personnel, including seven hotshot crews, three initial attack crews, engines, bulldozers, helicopters and overhead support, were treating the fire.

The Superstition Fire and Medical District also tweeted that it was sending a four-person crew to the fire for assistance.

With possible rain and snow in the forecast for the High Country this week, Bea Day, the incident commander for the southwest area incident management team, said it was a "good sign," but added there was still "quite a bit of fire on the landscape," 12 News reports.

#BREAKING Superstition Fire and Medical District has sent a Type 3 engine to the Tinder Fire. Engine Boss Bill Tavaras, Captain Jeremy Rocha, Firefighter Ryan Philips and Engineer Mark Blackstone make up the crew of four that could spend the next 2 weeks assisting on this fire. pic.twitter.com/oOd7Zrj8Vk

Residents were encouraged to travel northbound on Highway 87 to Winslow as the southbound roads are closed.

A reception area is opened at the Winslow Jr. High School for evacuated residents to gather and an animal shelter is opened at Holbrook Navajo County Fairgrounds.

The sheriff’s office warned residents that smoke from the fire could increase as winds picked up.

County health officials were also encouraging individuals to take precautions and protect themselves from the effects of wildfire smoke. 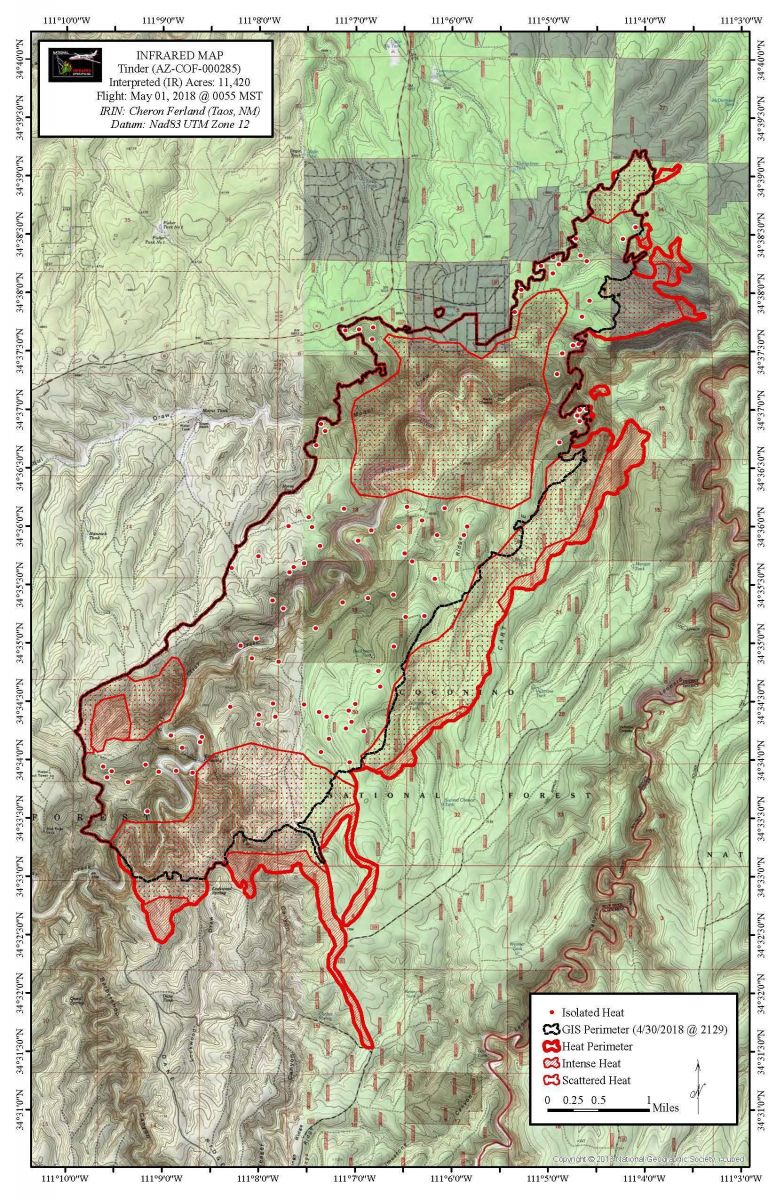