The eruption that started at Piton de la Fournaise volcano in Reunion Island, France continues for the fourth day in a row. This the second eruption of this volcano in 2018. The area is uninhabited and the eruption poses little danger to the locals.

The intensity of tremor has remained relatively stable over the past 48 hours and three vents are still active south of Crater Rivals, the observatory said after an aerial reconnaissance conducted early Monday. 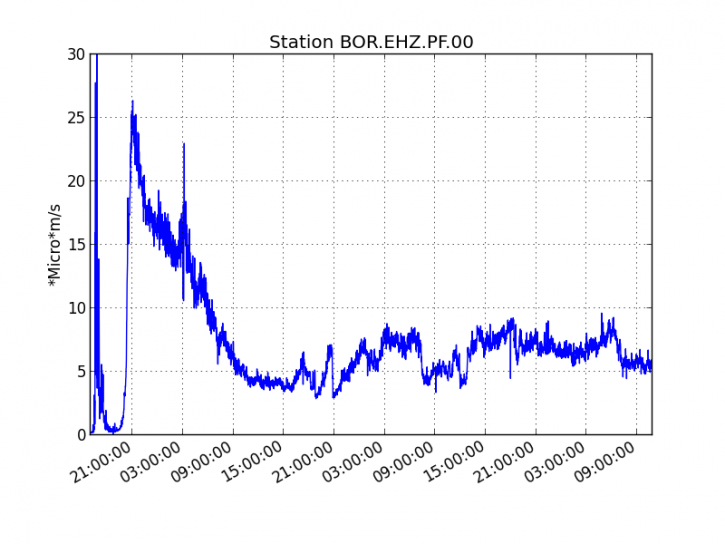 The northernmost vent has reduced activity with modest lava fountains, up to 15 m (50 feet). The southernmost vent consists of a cone that does not exceed 5 m (16 feet) in height and is almost completely closed. However, a small hole is located at its top and is emitting fumaroles.

The third vent is located between these two and is the most active. It stretches about 40 m (131 feet) in length and harbors a lava pond where big bubbles give birth to fountains.

Aerial observation confirms three lava branches of which two have not traveled for more than 150 m (492 feet) while the third flow, to the west, bypassed the east Cassian Crater and traveled about 1.2 km (0.7 miles). On April 29, this flow reached 2.6 km (1.6 miles) of which 400 m (1 320 feet) along the southern rampart of Enclos. It has since cooled (at least on the surface) and no liquid effusion is visible coming out of the front.